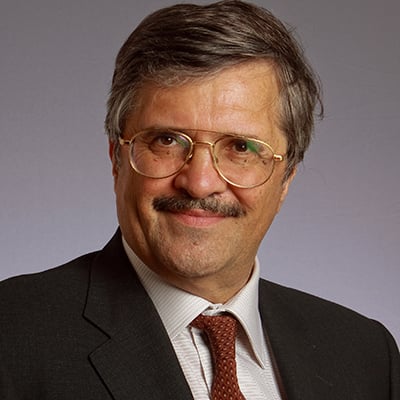 With an estimated global insurance premium of USD 31bn in 2014 and annual average growth rates of 20%, agriculture insurance has grown four-fold since 2005 and is, in many countries, the largest speciality line in terms of premium volume. The main growth has come from North America with the introduction of revenue-based crop insurance and, more recently, from emerging markets such as China, India and Brazil, driven by rapidly increasing insurance penetration. Agriculture is seen as a diversifying risk to other insurance lines of business and is attracting more and more reinsurance capacity, collateralised reinsurance and side cars. The occurrence of devastating droughts and floods and eradication of livestock populations following disease outbreaks have brought agriculture risk management to the attention of actuaries, catastrophe risk managers and accumulation controllers. While similar to property risks in terms of exposure to natural disasters, agriculture needs a specific approach to risk management approach and risk modelling to assess large loss events.

Actuaries have been supporting pricing for agriculture risks in well developed markets such as Europe, North America, South Africa and Australia where long insurance claims histories are available and allow extensive "as-if" analyses. The lognormal distribution has become the most commonly used way to extrapolate high return period crop losses from 20-30 years of loss history reflecting changes in geographical spread and insurance conditions. Copula functions are applied to aggregate losses from different lines of business such as crop, livestock and forestry to obtain contract level losses.

However, loss potentials from systemic perils such as large-scale droughts, floods, typhoons, epidemic livestock diseases and catastrophic forest fires are challenging to extrapolate with statistical concepts and require new approaches. This is even more relevant in emerging markets with short insurance loss histories, rapid changes in product designs and coverage and an increasing number of new risk types being insured in a fast growth environment.

Many underwriters are asking themselves how climate change has and will impact portfolio performances and how climate circulation anomalies such as El Nino or La Nina can create systemic losses over an entire insurance and reinsurance portfolio. While irrigation mitigates low-return-period droughts, the industry is asking itself how much irrigation water will be available in the presence of severe droughts. Similarly, the impact of government flood protection schemes and increasing stocks of emergency vaccines for livestock to address epidemics is difficult to estimate. As food security is high on government agendas and farming in net importing countries becomes strategic, more marginal agriculture land is brought in production, with the concern of how new agriculture frontiers behave in terms of natural disaster impact.

Based on the concept of catastrophe models used for property risks, agriculture models rely on multi-disciplinary teams to apply state-of-the-art science in simulating the physical nature of hazards such as drought, flood, frost, typhoon, epidemic livestock diseases and forest fires. However, modelling biological systems such as crop production is complex since planting dates vary in space and time, crops can recover from disaster impacts depending on the time of occurrence. Further, crops are highly vulnerable with a severe to total loss occurring at least every 30 years on an average at farm level. This makes the assessment of spatial hazard correlation extremely important in order to determine low frequency, but high severity, loss events. As losses are only determined at the end of the growing season as the result of the impact of all insured perils, establishing correlations between perils becomes essential.

A crop model has to reflect the ways crop insurance works, either as named-peril policies where loss adjustors evaluate mean damage ratios by inspection or yield-based where multiple perils are insured and yield reduction determines loss payments. Due to small farm sizes and the lack of infrastructure in emerging markets, weather and yield index insurance are often the only ways to insure crop risks at large scale and a different approach is needed in terms of modelling catastrophe events.

In the same way, the spread vectors for epidemic livestock diseases and management practises as well as government contingency plans need to be understood to build a robust livestock model. In order to simulate losses from forest fires, the frequency and severity of such events has to reply on satellite-detected fires.

Robust models have to be calibrated at a given geographical resolution - but in emerging markets, the access to both insurance and hazard data is often only obtained through strategic partnerships with local experts and institutes. Solid models need to account for spatial variability and uncertainty in modelling the variability of losses at lower resolution while accounting for correlations between perils, provinces and lines of business when simulating losses. Equally important is the detailed refection of insurance terms and conditions in the model to allow the user "on the flight" adjustments.

Agriculture risk management is about having access to 'big data' since growth conditions, risk types, climate and insurance terms vary largely in space. Solid crop models are based on large databases including simulated weather patterns with tempo-spatial correlations, crop planting areas, soil types, irrigation application, fertiliser use, crop rotation and planting calendars. The use of a 'water balance' equation is one way to simulate drought and has been proven to be a viable alternative to running more complex models used by researchers to forecast yields. Similarly, livestock data need to include livestock densities which drive diseases, disease spread vectors and government contingency plans to address outbreaks of highly contagious diseases. In emerging markets, it is these databases that will ultimately allow an insurer or government to assess agriculture risks in detail and to gain the necessary confidence to start agriculture insurance. Ultimately, big data initiatives will support selling agriculture insurance policies via smart phones based on highly sophisticated indices and will make agriculture insurance and risk management rapidly scalable and accessible to a large majority of those mostly affected - the farmers.

Not knowing the risk is the risk

The benefit of using agriculture risk models is undoubtedly highest in emerging markets with a short loss history, limited data and strong growth ahead. Models allow insurers to systematically select risks, support discussions with governments to derive risk-adequate premium rates and evaluate large loss potentials. Reinsurers are increasingly using agriculture models to price agriculture risks and to assess PMLs at portfolio level. Like in the property industry, agriculture models will soon allow the establishment of consistent indices which will be the basis for agriculture catastrophe bonds where insurers can benefit from capital markets. In the same way, indices will allow risk transfer with governments to protect ad-hoc disaster budgets.

Being at the forefront of this development, Asia Risk Centre has developed agriculture models for China and India and built an underwriting platform to support insurers in pricing and managing index-based crop portfolios. Collaborating with leading insurers such as PICC in China and IFFCO-Tokio in India assures that models are tailored to the local market needs while at the same time the models are used by large reinsurers such as Swiss Re. Property catastrophe modellers have started dedicating some time in understanding and running agriculture models at leading reinsurance companies - and the industry might soon see a new profession in "Agriculture Catastrophe Modeller". While reinsurers and brokers are very familiar with models, more investments are needed in educating insurers in emerging markets. 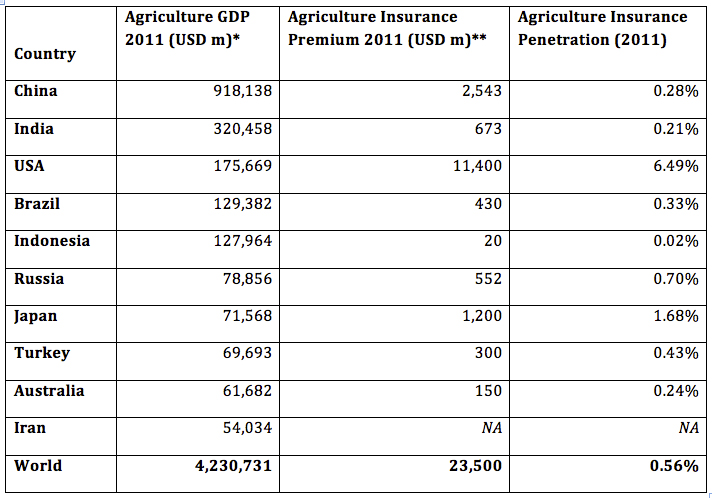 With the implementation of specific solvency requirements for agriculture risks by insurance regulators (like in China), insurers have started using agriculture models to assess large loss potentials. Agriculture risk models are becoming more sophisticated as markets grow and exposures increase underlined by the demand of key stakeholders to model and report risks in this growing line of business. There is an increasing demand for more available and reliable data to be shared about the exposure at risk, its vulnerability to the different perils, and transparency on understanding how the physical nature of these perils are modelled.

This article appeared in our March 2015 issue of The Actuary.
Click here to view this issue
Filed in:
03
Topics:
Environment