It's a GAS in the Gulf

With this years focus on the diversity of the actuarial profession in mind, Catherine Love Soper describes the launch of the Gulf Actuarial Society (GAS) in Dubai 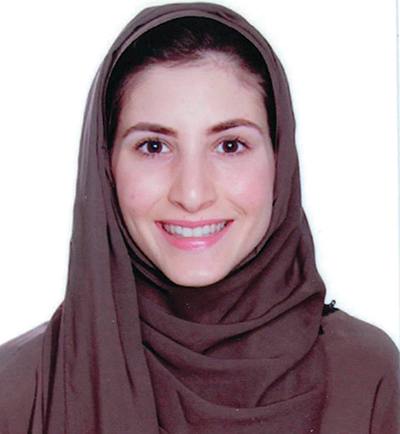 The Gulf is an exciting place to work as an actuary; insurance markets are still in their infancy meaning the growth potential is enormous, pension schemes are still open and populations are young.

With this year's focus on the future diversity of the actuarial profession, the support we give to the 45% of IFoA members who are based abroad is a high-profile topic. So I was pleased to be able to launch the new Gulf Actuarial Society (GAS) with Derek Cribb, last November in Dubai.

The new society establishes a community for actuaries across the professional spectrum who are working in the region, and its international membership comes from not just the six GCC states (Bahrain, Kuwait, Oman, Qatar, Saudi Arabia & the UAE) but also India, the UK, South Africa and beyond. Professional diversity and the future is a natural priority; the GAS believes the key lies in supporting today's rising stars.

I was particularly delighted to come across one such star, Adeeba Al Tamimi. As well as being charismatic and intelligent (she earned a master's degree in Actuarial Science with distinction and is currently expecting to be granted exemptions in CT1-7), Adeeba is the first and only female Saudi IFoA student and before long, she could become the first ever female Saudi Fellow. This would be a distinct and fantastic achievement and - in my view - something that has only recently become possible.

I asked Adeeba about her experiences and challenges as an actuarial student, and she said the main one was still "the lack of awareness of this field" - something GAS hopes to address.

"I recall my first attempt to contact major insurance companies [in Saudi Arabia] and ask them about job openings in the actuarial field," she said. "To my surprise, some representatives had never heard of the actuarial field, which meant that my CV never got to the appropriate person. After spending some time here, I realised that you must know an actuary to be an actuary".

However she notes that "as [the Saudi Arabian Monetary Agency] is increasing its compliance requirements of insurance companies... there will naturally be more awareness of this field and more incentives to become an actuary".

She also talked about encouraging more women to enter the profession: "It is a great initiative that the King Fahad University of Petroleum and Minerals offers an Actuarial Science degree, but it is a 'males only' university. Introducing the course to female universities as well is the next step, as it would encourage more women to enter this field."

Optimistically, Adeeba says that she "believe[s] that these developments will take place in due time. There are plenty of capable and hardworking women in Saudi Arabia who will excel in this profession as more local opportunities become available".

And although the actuarial profession in the Gulf is still male dominated, Adeeba does not "see this as an obstacle, rather an incentive... [the new] regulatory incentives to increase female participation in the private sector" will help too.

Adeeba shares our enthusiasm for increasing diversity in the profession, and has this advice for those people who are thinking of joining: "the market is thirsty for local talent in this field and it is far from being saturated. I definitely encourage those who have the interest, discipline and motivation to take the leap.

"I started working with Lux Actuaries & Consultants in November and it is proving thus far to be an exciting experience with great growth prospects!

"Actuarial skills acquired can be utilised in a variety of non-actuarial roles as well. I believe that studying to become an actuary opens up many doors".

More information on the Gulf Actuarial Society can be found here.

This article appeared in our February 2015 issue of The Actuary.
Click here to view this issue
Filed in:
02
Topics:
Global