Lee Faulkner, an actuary who lives in Hong Kong, argues that the current demonstrations are not just about democracy but that professionalism is at stake too 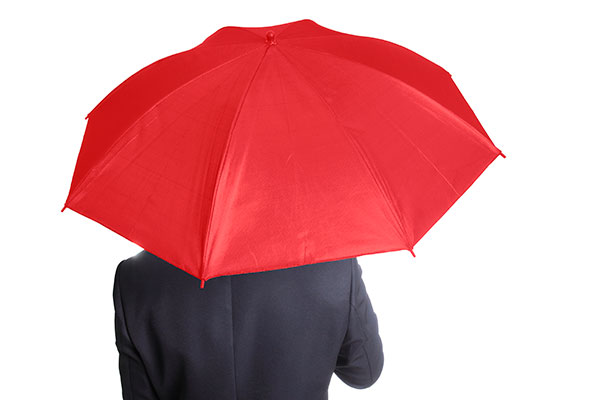 The recent protests in Hong Kong, collectively known as Occupy Central and dubbed the Umbrella Revolution are hugely significant - not just for the fight for democracy in Hong Kong but also for a concept close to all actuaries' hearts: professionalism.

The roots of the protest go back 30 years to the signing of the Sino-British Joint Declaration on Hong Kong in December 1984. Britain had run Hong Kong as a colony from the 1840s but was required to return certain parts of Hong Kong's territory, which it had leased from China in 1898, as the lease was due to expire on 30 June 1997. The then Chinese leader Deng Xiaoping coined the phrase and concept of 'one country, two systems' (OCTS). Under this programme, Hong Kong would return to Chinese sovereignty in 1997, but would keep its way of life for 50 years. This meant retaining its own laws and legal system, currency, borders, passports and government, with a guarantee to respect the freedoms it enjoyed and provide a path towards full democracy.

Hong Kong would be a special administrative region (SAR) of China and have complete autonomy, except for defence and foreign affairs. The joint declaration led to the drafting of the Basic Law, often referred to as Hong Kong's mini-constitution, to emphasise Hong Kong's status as a SAR rather than a separate state. For the same reason, Hong Kong's head of government was to be called the chief executive rather than prime minister or president.

Article 45 of the Basic Law stated that the "method for selecting the chief executive shall be specified in the light of the actual situation in the Hong Kong SAR and in accordance with the principle of gradual and orderly progress".

It then goes on to say that the "ultimate aim is the selection of the chief executive by universal suffrage upon nomination by a broadly representative nominating committee in accordance with democratic procedures". No timetable was given for reaching the ultimate aim, nor were the nominating committee or democratic procedures or gradual and orderly progress defined in detail. This lack of definition is at the root of the protests.

The Standing Committee of the National People's Congress (SCNPC) of The People's Republic of China decided in 2007 to allow selection of the chief executive by universal suffrage in 2017. It set the Hong Kong government the task of working out the details of the nominating committee and democratic procedures and to report back with proposals. From late 2013 to early 2014, the Hong Kong government carried out a consultation exercise asking the public and political parties to propose methods for achieving universal suffrage for the selection of the chief executive in 2017. In June, Beijing issued a white paper on fully and accurately understanding and implementing the policy of OCTS. This caused much controversy as it stated that Beijing had "comprehensive jurisdiction over Hong Kong", which was interpreted as backtracking on Hong Kong's autonomy under OCTS. It also said that judges were "administrators that need to take national interest into account in their judgments", which many considered as a frontal attack on Hong Kong's rule of law.

The Hong Kong SAR government presented its report on the consultation exercise to Beijing in July, but it was viewed by many as not representing the true feelings of the people. On 31 August, Beijing communicated its decisions about the method for selecting the chief executive in 2017, causing a storm of protest as it allows only Beijing-friendly candidates to be nominated. This was the final nail in the coffin.

So, what is the effect of all this on business? And, more personally, why is it already affecting professionals and professionalism?

The protests focused on Hong Kong's constitutional development and have avoided being steered into an anti-capitalist-type movement such as Occupy Wall Street or the wider Occupy movement; Hong Kong is, after all, a business-friendly city with extraordinarily hard-working people. But there have been some ill-judged interventions from the business community that seem to want to depict the protests in that way. One newspaper advertisement by the 'big four' accounting firms (the Hong Kong entities of EY, KPMG, Deloitte and PwC) denounced Occupy Central before any protest had even started. This backfired badly as it was followed almost immediately by an advertisement paid for by employees of those firms rebuking their employers along the lines of the #NotInMyName social media campaign. Whatever the motivations of the big four for placing the advert, this politicisation of business is dangerous - who knows what the effects of such highly political stances might be on their employees, on the firms' ability to recruit, and on the other businesses they advise outside Greater China.

Perhaps even more important for actuaries than the business consequences of events in Hong Kong is how the professions are being viewed and how professionalism in general can continue to be exercised in such a politicised environment.

When Beijing issued its white paper in June, the then president of the Law Society of Hong Kong, Ambrose Lam, issued a statement on behalf of the Law Society supporting it. This was highly political and very controversial given that the paper was viewed by many in the legal profession as an attack on the rule of law, requiring judges to issue judgments that were in the interests of Beijing rather than according to the law itself.

Members of the Law Society filed a motion of no confidence in Lam, requesting withdrawal of the statement and calling for his resignation. Many members of the Law Society were cajoled by employers with significant business interests in China to vote against this motion. Others were contacted by 'security agents' from China also urging them to vote against the motion. Despite this unprecedented political pressure, the motion was carried with close on a two-thirds majority.

The politicisation of professionals, where they are subject to political pressure from governments and their proxies, could affect our own profession. What would we do if, for example, our profession published a report about demographic imbalances caused by China's one-child policy, but the Chinese government accused us of political interference and asked us to withdraw it? What effect might this have on our profession seeking partnerships with universities in China? Granted this is all hypothetical, but it is not implausible. We rightly put professionalism at the top of our list of concerns. I wonder whether we have thought through what we would do in such a situation? As we seek to be more 'international', I believe we should think about the political pressures we could be put under. By comparison, the professionalism issues we face in the UK will seem like technical niceties.

The views in this article are the author's own. We welcome your comments. Please email: [email protected]

Lee Faulkner is an actuary who has lived in Hong Kong for the past three years. He currently runs his own internet radio business