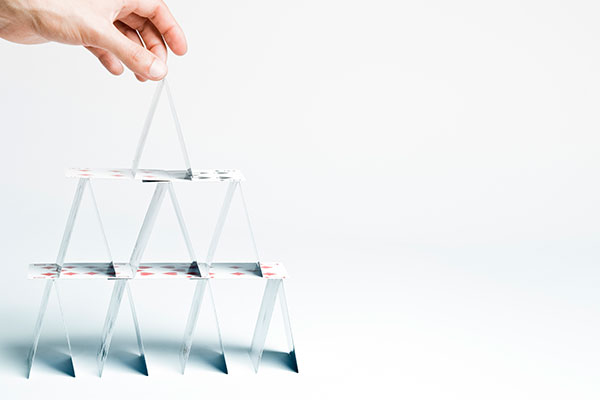 Defined benefit (DB) pension schemes have a history of giving their sponsors nasty surprises. Actuaries working in the field are expected to have answers to reduce those surprises - to bring much-wanted stability to pension schemes. In this article, we discuss the financial aspects of pensions stability, although noting that the operational aspects are also extremely important.

Some DB schemes aim to secure their benefits with an insurer (a 'buyout'). Others have no intention of doing so and often want 'self-sufficiency'. Although the phrase is not uniquely defined, it usually refers to a position where members have a high chance of their benefits being paid in full and the need for further contributions from the sponsor is modest.

Being fully funded on a gilts basis, invested to match cashflows and adding the cost of hedging longevity risk plus a reserve for expenses can be more expensive than a buyout with an insurer. Therefore, schemes typically are more pragmatic, targeting returns of perhaps gilts + 0.5% pa in the long term.

From an actuarial perspective, it's easy to realise that a gilts + 0.5% pa funding basis, together with an investment strategy targeting the same level of returns, does not have a sufficiently good chance of staying fully funded to satisfy the notion of self-sufficiency. The only way a scheme can have a high chance (say above 90%) of paying benefits without resorting to further contributions is to start from a higher funding position - to include an additional buffer at the outset.

However, from the sponsor's perspective, building up an additional buffer is likely to mean paying in contributions that will ultimately probably not be necessary. If this is the case, then the sponsor probably won't get them back, or if it does then it will be hit with a penal tax rate.

So how can actuaries help to create stability for trustees without this being inefficient for the sponsor? 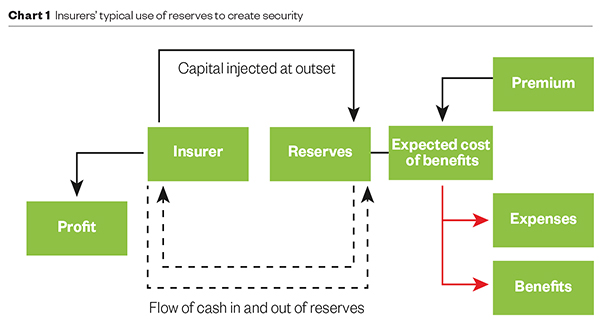 Chart 1 illustrates at a high level how an insurer selling a new policy might use reserves to give the required degree of security.

Pension schemes don't typically work in the same way as, once assets are put into the scheme, they can only be taken out in very restricted circumstances. However, if we can create a buffer that ensures funds are passed to the scheme if required but otherwise returned to the sponsor, then a similar structure can be created.

How big does the buffer need to be?

We can calculate the size of the buffer required for any desired level of certainty. For example, let us say that we want the probability of the scheme having a funding deficit at the end of any of the next 20 years to be less than 1%. Then, for a £100m scheme funding on a gilts + 0.5% pa basis, an additional buffer of £10m is required. It is interesting to observe in Table 1 (above) that, in testing alternative investment strategies, the total funds required in the scheme are fairly constant for a given objective. In terms of the expected return of the strategy, there are many different potential investment portfolios to achieve the returns shown.

For modelling purposes, we have assumed portfolios with the lowest volatility.

Clearly, different chances of falling below 100% give rise to buffers of different sizes.

What form can the buffer take?

Many alternative financing tools can perform the role of the buffer, including: charges over assets (sometimes wrapped in an asset-backed contribution vehicle), surety bonds (which leave the buffer with the sponsor but insure the risk that the sponsor cannot pay) and parent company guarantees (where the trustees are comfortable that the parent company has the scale to manage the buffer within the business). However, in our view, if the only problem you are trying to solve is that of a trapped surplus, then the simplest solution is an escrow.

The principle of an escrow is that assets are set aside by the sponsor and held by a third party on behalf of both the sponsor and the scheme. These assets are then released to the scheme or sponsor based on pre-determined triggers. This bridges the gap between trustees who prefer more cash in the scheme and sponsors who are concerned about trapped surplus.

The escrow provides security for trustees and members, while avoiding the sponsor overpaying into the scheme. There are tax issues to deal with, and costs associated with it, but further modelling demonstrates that, with the right triggers, this can be an attractive solution for both sponsors and trustees.

When should schemes start to consider a buffer?

The short answer is that schemes should be considering this sooner than they think!

If the sponsor is paying corporation tax then it should be concerned about trapped surplus on a best estimate measure if its scheme is more than about 85% funded on a gilts + 0.5% pa funding basis (assuming returns of gilts + 0.5% pa are being targeted).

If the sponsor is not paying corporation tax, then, in the vast majority of scenarios, it would be better off putting its funds into a buffer outside the scheme. The Pensions Regulator estimates that approximately a quarter of sponsors have a tax position such that they cannot claim tax relief on some of the contributions paid. Table 2 (above) shows a range of funding and tax positions.

Most actuaries working in pensions will have grown up with the concept that only assets in the pension scheme can be relied upon. As schemes approach the final 'pensions stability' stages of their existence, it is likely that this will not remain feasible. Security outside the pension scheme is likely to become the norm and actuaries should be ready to embrace this.

Jonathan Wicks and Lynda Whitney are partners at Aon Hewitt