Rise and rise of the central banker

After years of unlimited fiat money, central bankers are firmly in control of the worlds financial systems. Detlev Schlichter explains why this is leading to the death of free markets 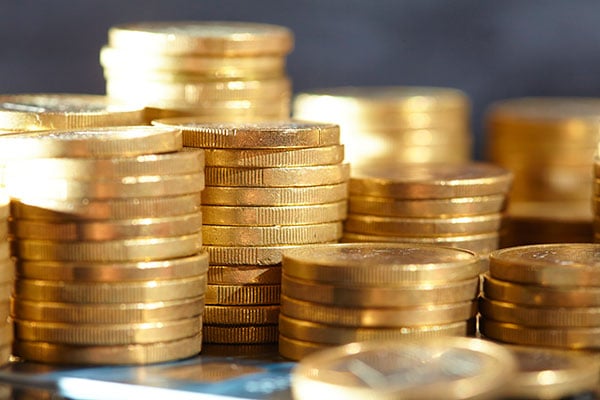 In the 1980s and 1990s, bond traders and investment bankers appeared to be the 'masters of the universe', but today the undisputed rulers of the financial cosmos are central bankers.

They have become, without doubt, the most powerful people in the financial system, the ultimate pullers of strings, setters of trends and movers of markets. Their decisions directly and indirectly affect the pricing of trillions of dollars worth of assets, and their every word is scrutinised for the slightest hint at what may come next. The new power elite may not as be as colourful and glamorous as its predecessors, who featured in such bestsellers as Liar's Poker and Bonfire of the Vanities. Usually modest in demeanour and less lavishly paid, these civil servants make less suitable targets for envy and gossip. But their power and influence is truly immense. They have even started to coin their own iconic phrases. If Gordon Gekko's "Greed is good" defined the 1980s, Mario Draghi's "We will do whatever it takes" may yet be the motto for the new era of central-bank-managed markets.

The rise of the central banker began long before the recent crisis, but the crisis greatly accelerated the process. After housing bubbles in various countries popped in 2007 - bubbles that, some critics say, had been inflated by 'easy money' from the same central banks in the early 2000s - all felt compelled to cut interest rates to zero and flood the banking system with vast amounts of new liquidity. The generally accepted view was that without these measures we may have faced an even worse crisis, maybe even the collapse of the banking system. None

of the policy measures taken were new in principle, but certainly in degree. The crisis is over, but the influence of the central banker has stayed - and expanded.

Purchasing large chunks of previously privately held assets with newly printed money and transferring them to the central bank's balance sheet is now known as 'quantitative easing' (QE). At first, this policy was intended to stabilise the banks, but once the worst of the crisis was over, QE was redeployed as a tool for managing the wider economy. Lifting prices of specific assets via targeted QE, and changing their yields and risk premiums boosts lending and thus overall growth. The latest round of QE by the US Federal Reserve was officially aimed at lowering the unemployment rate. Every major central bank has introduced some form of QE.

Of course, fixing certain interest rates, in particular those at which banks lend to each other, has always been the prerogative of the central bank. But their influence now extends much further than would have been imaginable just 10 years ago. The US-Federal Reserve and the Bank of England are now the largest holders of their respective country's government debt. Their massive buying has reduced the available supply of high quality, long-duration assets for private investors, and has forced insurance companies and pension funds into corporate bonds, equities and other, riskier, instruments. More recently, the Fed has become one of the biggest active participants in the repo-market, a market for collateralised, short-term lending among financial institutions. Under its new 'targeted' lending facility, the European Central Bank tells banks who to lend to, and the central bank's new QE programme is big enough to acquire practically all outstanding euro-denominated asset-backed securities.

Central banks have made it their remit to target the shape of the yield curve, the risk margin on mortgage loans, the borrowing costs

of the government, and the size and liquidity of specific credit markets. Their policies of zero interest rates and ample liquidity have meanwhile been the dominant force behind booming asset markets globally.

What we are observing is nothing short of the bureaucratisation of finance and the socialisation of capital markets. As Sir Michael Hintze, founder of hedge fund CQS, put it to the Financial Times: "The beauty of capital markets is they are voting systems, people vote every day with their wallets. Now voting is finished. We're being told what to do by central bankers - and you lose money if you don't follow their lead."

Such a situation is evidently no longer capitalism. Government-directed markets are not real markets. The free market is, if correctly understood, a powerful tool - the only tool available to society - for effectively co-ordinating the economic activities of a multitude of people with diverse personal goals, frequently conflicting and constantly shifting. Uninhibited price formation is essential for the market to work, and any form of price fixing or price manipulation, however well intended, is ultimately poison for any functioning market.

Yet, criticism of the kind that Hintze expressed so well appears to be rare in the financial industry. One reason is that the first concern about ultra-easy money, namely that it would cause inflation, does not appear to have materialised yet. Or rather, easy money has lifted the prices of financial assets and real estate more than those of consumer goods, and such asset price inflation is conveniently called a 'bull market'. Furthermore, many observers still seem to expect that present policies only constitute cyclical measures taken in response to the Great Recession, and that once self-sustaining growth has returned, the central banks will retreat.

I consider this unlikely. These phenomena are ultimately systemic in nature, not cyclical. Having replaced gold as an anchor at the core of the monetary system with unlimited fiat money under the control of central banks, we have exchanged a fairly inelastic but stable system that constrained money creation and enforced a strict discipline on borrowers and lenders alike, with an entirely elastic system, allowing for extended periods of 'easy money', in which interest rates are artificially low and extra bank credit creation is encouraged. As we have seen many times, this type of credit creation may boost growth in the short term but only does so by mispricing various assets and misallocating capital, which in due course must cause a recession. 'Easy money' does not lead to lasting growth but to boom and bust.

Such business cycles may also occur under gold standard arrangements whenever private banks expand credit, but the inelasticity of the monetary core - gold - means these cycles are shorter, and any imbalances are liquidated more or less completely during occasional recessions. This is different in a system of unlimited, fully elastic fiat money. Central banks can always shorten or abort the correction by injecting more money and by suppressing interest rates further.

Instead of periodic painful liquidation, the economy experiences an apparently never-ending boom, but at the price of growing underlying imbalances and an increasing dependence on the drug of cheap money.

After 43 years of unlimited fiat money globally, we have reached a point where central bankers around the world have to plug their fingers in a growing number of holes to stop the bloated and overly indebted system from leaking to maintain the appearance of stability. Every market sell-off now has the potential to turn into an existential crisis. Plus the accumulated imbalances and the system's fragility make it harder to generate meaningful growth. A lasting 'normalization' of policy and lessening of central bank interference appears unlikely. Elastic fiat money and modern central banking are fundamentally incompatible with capitalism - and worryingly, capitalism is losing.