On board with fraud

In the second of our series of articles on the role of an actuary as a non-executive director, Colin Czapiewski looks at financial crime and highlights the issues of which to be aware 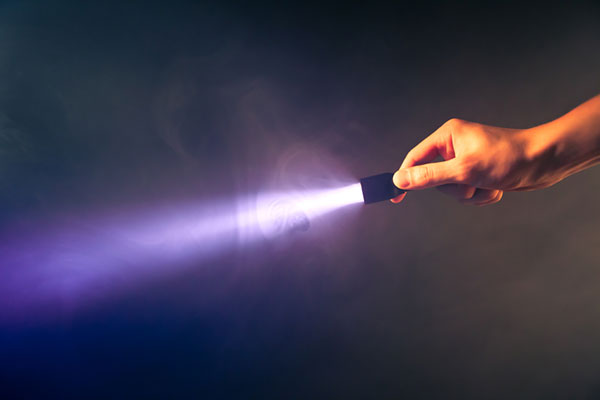 When I started out as an actuary many years ago, we were just beginning to use computers as part of our daily routine. We also had to be aware of some aspects of regulation, although not to the extent we do today.

Regulation is now of immense importance, with an increasing need to be aware of factors that affect the financial industry and our role within it. Such regulation may be specific to a particular task, and hence usually to a specific individual or group operating in an area of the business. However, increasingly it is far more generalised, in the form of an holistic approach to the governance of a firm. The responsibility to comply with regulation falls on the board of directors.

Boards of financial companies, particularly insurance companies, often retain an actuary, and, these days, non-executive directors (NEDs) are also held to account for the actions of their management team, so a lack of knowledge is not accepted as an excuse.

As well as general governance of the various aspects of the running of a company, there are also specific responsibilities related to wider regulatory areas. Particular attention must be paid to those that used to fall under the Financial Services Authority (FSA) but are now the responsibility of the Financial Conduct Authority (FCA) and the Prudential Regulation Authority (PRA) in the UK.

'Financial crime' falls within this wide range of activities of which we need to be fully aware. Fraud, bribery, corruption, money laundering, international sanction busting and other forms of misconduct have increased to such an extent that they are having a significant impact on the global financial industry.

Financial crime used to be prevalent in the banking and investment industries. However, following restrictions in those areas of business, insurance is now a more frequent target.

Some activities are perpetrated on an individual level, for example through fraudulent claims, while others are at a corporate level through money laundering and Ponzi schemes. This targeting of the insurance industry is leaving actuaries increasingly exposed.

Regulatory authorities are fully aware of the increasing cost of financial crime. To date, they have clearly placed the responsibility onto the boards of companies. With actuaries more involved in executive and non-executive roles, we need to be aware of what to look out for, and how to deal with the problems.

The split of the FSA into the FCA and the PRA in the UK seems to have accelerated the pressure on boards from a regulatory perspective. Lloyd's of London has encouraged those running managing agencies to be more alert to financial crime. Awareness has grown but there is still a long way to go.

In insurance markets worldwide, following the regulation introduced into other parts of the financial industry, the large amounts involved encourage misconduct and there are extraordinary means whereby deception and fraud are perpetrated.

Not only is financial crime committed from outside companies, but all too often there are examples given where companies have internally committed fraud to deceive those investing. It is worth considering the various aspects of financial crime, particularly through the eyes of an actuary as an NED of an insurance company. Such events are rare, so easy to overlook. However, financial crime can be very costly.

Sometimes fraud may involve the executive management of a company. This could be performed explicitly through deliberate under-reserving of technical provisions, the exclusion of some claim payment amounts, or a similar understatement of liabilities.

Alternatively, this might be performed by selecting a low value for the claims incurred but not reported (IBNR) amount. Some forms of insurance lend themselves to this more than others. The insight of NEDs is enhanced by external auditors performing their statutory role, and supplemented by the internal auditors performing their rolling internal audit plan, which would have been accepted and then authorised by the board.

Diligent members of the board should be able to identify some fraud through their detailed understanding of the activities of management, their direct relationship with the internal and external auditors, and their role in challenging management. More importantly, NEDs are responsible for the controls in place to identify and resist such fraud, putting appropriate measures in place.

When a country takes actions that are not ratified by other countries - either internal or external actions - some countries may decide to invoke sanctions. These may take the form of restrictions on imports and exports, for example. Insurance is often used as a means to deprive the country of the ability to trade or perform, and as an incentive to reform.

Of course, one country may enforce such sanctions and others may not. It is relatively easy for the board members to be aware of such measures, and they need to ensure that the activities of the company are compliant. They also need to rely on executive management to perform the necessary tasks, albeit assisted by both internal and external auditors in their roles.

In some parts of the world, bribery and corruption are almost a way of life. Yet in many countries a dim view is taken of such activities, and they are criminal offences. Bribery and corruption can be disguised in many ways, such as enhanced commissions, prices charged that are out of line with third party payments, as well as the passing of funds for special services rendered. Most of these actions do not come to light, but NEDs have the responsibility to ensure appropriate controls are in place.

Criminal funds can be difficult to pass through into an honest business environment. In the past, property purchase and sale was an obvious way to 'clean' funds. However, with the banking reforms, international exchange of information, and other regulatory national and international agreements, it is becoming very difficult for such activities to continue.

Rather than finding new methods within the more heavily regulated traditional areas, the insurance and reinsurance sectors can allow for potential opportunities to launder funds. As many such policies are for relatively small sums assured and premiums, the aim is to use a larger number of small policies, and fewer large policies. This is a real test of the controls in place. Considerable guidance has been provided to insurers by the supervisory authorities in order that they can identify such money laundering activities.

Our actuarial training does not provide us with the knowledge and skills to perform all roles as an NED. Experience, broad reading and other forms of self-education are key to performing this role to a high standard. However, the experienced actuary often has the appropriate background and mindset to ask the correct questions and determine what action to take in certain circumstances.