In the first of a series of articles on the role of an actuary as a non-executive director, Colin Czapiewski covers some of the practical issues faced by non-executives in a rapidly changing boardroom environment 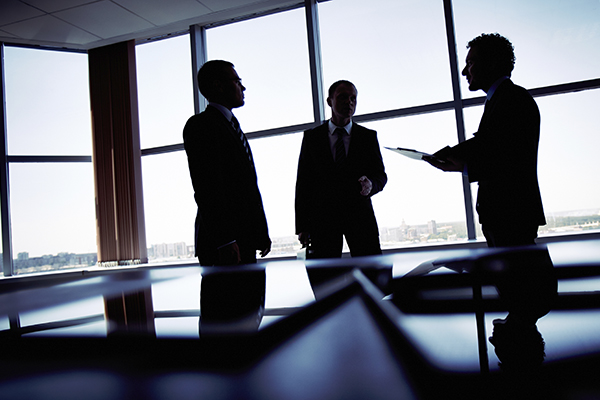 There are relatively few actuaries who are listed as non-executive directors on boards of UK companies. Of those who are, most serve on boards of insurance companies or other financial institutions. However, experienced actuaries often have a considerable amount of the skills necessary to perform the role of an independent non-executive director to a high standard. There is no reason why less experienced younger actuaries cannot also contribute to the efficient running of an assortment of companies.

Actuaries perform much of their work in the pensions, life and non-life insurance and investment sectors. However, a growing proportion of work is in respect of businesses outside these areas. Many actuarial techniques and approaches are transferable to other fields, and can bring a refreshing new way of looking at often longstanding industry problems. Actuarial skills can be useful and applicable to problems experienced elsewhere and can be taken into the boardrooms of a great many companies.

The days of an elderly, retired executive management team having pleasant meetings with a lunch afterwards are long gone. Non-executive directors now have a much tougher time and need to keep pace with the regulatory requirements. In the insurance industry, the Solvency II implementation exercise is certainly keeping non-executive directors on their toes, and life is not getting any easier on the governance front.

Before accepting a position as a non-executive director in the UK, it is vital to take time to read and understand the UK Corporate Governance Code, which sets out standards of good practice. Although the Code is primarily meant for listed companies, it is generally recognised as being applicable as best practice to all UK companies. In addition, it gives a soon-to-be-appointed non-executive director some good pointers, such as ensuring she or he asks why their predecessor left.

In April 2014, the Financial Reporting Council (FRC), responsible for producing the Code, published the consultation document in its two-yearly review of changes following earlier consultations.

The Code can be traced back to the Cadbury Report in 1992, which established a code of best practice for UK companies. It has been developing ever since and is currently divided into three areas: main principles, supporting principles and provisions. The main principles comprise:

 leadership - the role of the board, division of responsibilities, the chairman, and non-executive directors;

 effectiveness - the composition and appointments of the board, commitment by directors, the development of directors, information and support, evaluation, and re-election;

 remuneration - level and components, and procedures;

 relations with shareholders - dialogue, constructive use of the AGM.

This all sounds rather routine, possibly boring, theoretical and irrelevant. After reading the Code, it is difficult to see how it would be useful in practice. However, when you have some experience serving on a board and its various committees as a non-executive director, it is much easier to see just how important and relevant the Code is, and how problems could so easily emerge if such procedures and approaches were not in place. Running a successful and robust company nowadays is no easy task with so many demands and targets that may often seem to conflict. Of course, in the insurance industry, there is Solvency II, and so much of the Code is entrenched in the doctrines of this EU directive and the abundance of work involved in its implementation.

After working in an executive capacity, making day-to-day decisions, it is surprisingly hard to adapt to a non-executive role quickly. As a non-executive, you are not doing the work or making the decisions - that is the role of the executive management team. Your responsibilities are totally different - longer-term planning, making strategic rather than tactical decisions, questioning rather than doing, being hands-off for much of the time when you feel that it would be more efficient to be hands-on. It might be seen as being a grandparent rather than a parent, albeit with statutory responsibilities.

Although you have to stand back, you must always be ready to step in when necessary, so a good working relationship with executive management is important. You may have some suggestions and guidance for the day-to-day tasks, but your role is more long-term.

The breadth of the role of a non-executive director differs from that of a member of the executive management team. Executives will have detailed and specific terms of reference, especially under Solvency II, in a relatively limited and confined role. However, the non-executive director must be involved everywhere and have a much broader level

of knowledge, although she or he must know where and when to seek assistance and information from the executives operating within the company.

One day you may be asking the compliance officer about some sanctions issues, the next assessing the five-year business plan, then reviewing a response from the managing director to the regulator and finally, in your role as chair of the risk committee, commenting on the proposed revised parameters for the risk metrics within the risk appetite.

Compared with the rewards as a senior actuary, non-executive directors receive a relatively poor rate per hour. However, there is no routine work, the breadth is immense and the satisfaction can be significant when all goes well.

>The full UK Corporate Governance Code can be found here

>There is a LinkedIn group for actuary non-executive directors here

>The Worshipful Company of Insurers offers an information bank here

This article appeared in our October 2014 issue of The Actuary.
Click here to view this issue
Filed in
10
Topics
Soft skills