In light of the major pension reforms introduced in this years Budget, Steve Groves, an actuary and chief executive officer at Partnership, speaks to Jonathan Lim about the impact on the UK annuity market and future trends 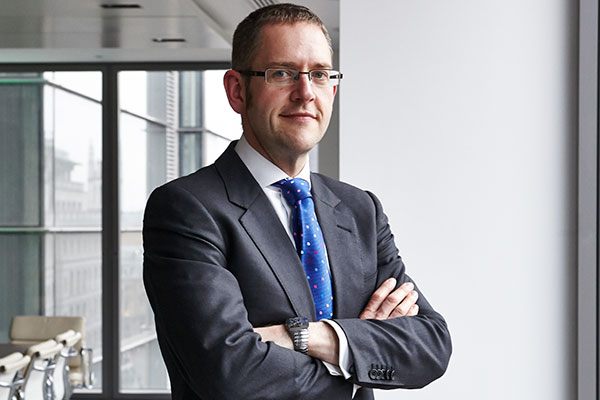 The Budget announcement in March presented some of the most radical reforms to the UK pensions landscape of the past century. From April 2015, retirees in defined contribution arrangements will face greater flexibility and choice with their pensions. They will be able to draw however much they want from their pension pot, whenever they want, with no obligation to purchase a lifetime annuity.

Steve Groves spoke to The Actuary about the retirement products that he foresees being developed over the coming years in light of this increased flexibility, and why the actuarial profession should be doing more to highlight the increased risk the public will be taking on in retirement.

What impact have the changes in the Budget had on annuities so far?

The annuity market is down by about 50%. As an actuary you have to go beyond that. It's down 50%, but immediately you ask the question: "What is the other 50% doing?" If you do the analysis you find that, despite a slightly raised appetite for drawdown, most are doing absolutely nothing - just leaving their pension funds invested and waiting until there is clarity on the tax treatment and on the products available. They are either running down other savings and leaving the pension fund, or delaying retirement. I think they are going to work through until next April and see what they do with the new flexibilities and freedoms. What we are seeing is what I would call "temporary deferral", because ultimately those people are going to do something, they aren't going to work forever. We are seeing a very cloudy market at the moment.

Do you think that people will still buy an annuity at retirement after April 2015?

People approach retirement with a fixed pot of assets which they need to last for the rest of their life. An annuity provides that by pooling risk. Under the new rules, if there is a risk you don't want, such as losing your fund, you can remove it. For the wealthier customers there is a clear case for not annuitising all your funds at retirement - I've always said that. But the vast majority of customers want to maximise their income in retirement and an annuity does this.

For my retirement what would I do? I would cover my basic needs with an annuity. I would want to know that when I reach 90 I will have food to eat and somewhere to sleep. We have got to educate the public to think about annuities more as longevity insurance, and less as a pure investment. Generally, it is the only asset a customer can buy that will increase in value the longer they live.

With annuity rates being so low, aren't they seen as bad value?

I think that annuities are a scapegoat for other things. When people receive an annuity quote, for most it is the first time they actually confront the reality of funding their retirement.At the same time, people look at how much they receive from their annuities and they are disappointed. It is easy to say that annuity rates are too low, which is actually not the case. First, annuity rates are low because fixed interest yields are low, because of public policy: massive quantitative easing resulting in artificially low real interest rates. This is fundamentally a cross-subsidy from savers to borrowers. Second, people are not saving enough. They have massively under-allocated to their pensions because they have over-allocated to other assets. The money is in property and equity but these assets are not converting to income. In Australia, the average pension pot is about £150,000. In the UK it is about £30,000. It is much easier to say that annuity rates are low than say 'maybe I should have saved an extra £100,000'. Third, we are simply living much longer.

How do you see the retirement market developing once the reforms have been fully implemented?

In the long-term you will end up with a very structured model. The way I see this developing, based on what happens in the US and Australia, is that advisers will segment people's needs between the things they cannot live without, for example heating and shelter, and use an annuity or similar guaranteed product to cover that need. Then there is the stuff that they could live without if they had to, but would rather not - for example, holidays.

Funds would be put into balanced investment portfolios first. Anything in excess of that will go into a pure risk-and-return-type field. Over time, investors will run down their balanced investment portfolio and will come to the point where, to sustain their income need, they will have to make a choice: they can either buy an annuity, or they have to cut the things they found desirable but not essential. They will have to make a trade-off between maximising income and retaining flexibility of assets. I think many will switch from the balanced investment portfolio to an annuity, at about age 75, where the cross-subsidy between deceased and surviving policyholders is so valuable. They will invest a significant chunk of remaining assets into an annuity with a degree of protection if they die.

The final solution will not be reached straight away, rather over the next five years. There will be packaged products that can do all this, although I think it will take a long time for advisers to use them.

Do you think the reforms will achieve the objective of increasing retirement saving?

No. I don't think people will save more for their retirement. The US and Australia experience says they will be worse off, as 50% of them run out of retirement funds, which doesn't happen with an annuity. You cannot doubt its popularity with the public and politicians, who welcome the idea of greater choice. But unless you are qualified to understand longevity, investment and inflation risk, it is a choice few are equipped to make. It is rare to come up with a policy that significantly increases tax revenue and is popular with the electorate. This is one of them.

What role do actuaries have in the midst of these changes?

I am not going to pull any punches here. I am disappointed by the role the actuarial profession has played in this so far. Immediately, people gravitated to thinking we need to tell customers what their life expectancy is. I think of life expectancy as roughly the point where 50% are still alive.

If people manage to their life expectancy, then 50% will run out of money. Politicians have said we will inform investors about their life expectancies so they can manage to this point. The actuarial profession should be standing up and saying that does not work. The role of a professional should be to look after the public interest and I think the actuarial profession needs to do much more.

What led you to become an actuary and chief executive?

I always liked two things at school: sport and maths. It was quite an unusual combination. I worked out pretty early that I wasn't going to be good enough at sport to make a career out of it, so I started looking quite hard for how to make a career out of maths. I was drawn to the actuarial profession because of the combination of the mathematical problem solving and the applications thereof. It was a combination of being able to use mathematical analysis and to apply it to everyday practical situations.

Even before I qualified as an actuary, I was moving out of what were considered traditional actuarial areas. My last job as an actuarial student was supervising a derivative trading operation. My first job as a qualified actuary was as a product and marketing manager. I have spent the majority of my career in non-traditional actuarial areas - product development, M&A, corporate finance, marketing, sales -and tried to see as much as I could of the entire operation of a life insurance company. I also developed a firm belief that you cannot truly succeed without putting the customer at the heart of your business and aligning the interests of the business with the consumer's. The actuarial qualification was a passport that opened doors.

Being an actuary, I tend to start looking for the answer to what will happen in the future by looking at the data from the past. The further up an organisation you go, the less likely it is that past data will tell you about the future.

The challenges of a CEO are about how markets are going to evolve, how people are going to react, and data does not necessarily give the answer. I often need to remind myself to allow for the human factors. I describe myself as an accidental actuary really.

Steve Groves will be speaking alongside Steve Webb, minister of state for pensions, at the Staple Inn Actuarial Society's Jubilee Lecture in London on Tuesday 21 October (www.sias.org)

This article appeared in our October 2014 issue of The Actuary.
Click here to view this issue
Filed in
10
Also filed in
Interviews
Topics
Professional