Tracey Zalk provides a review of the Women in Energy conference 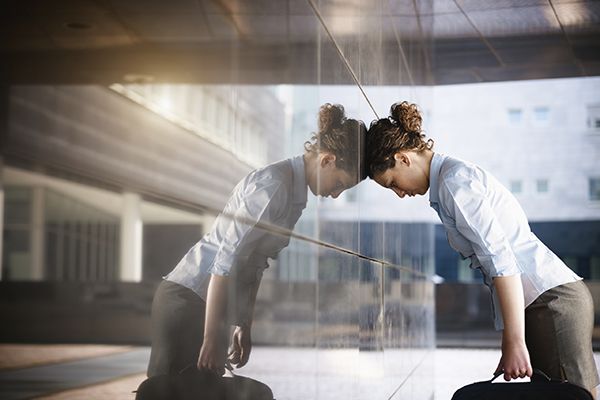 The 8th Annual Women in Energy conference was held at the Royal Institution's impressive building situated in the heart of London's West End in May this year.  Thanks to the network of The Actuary magazine, and because of my interest in, and experience of, the resources and the environment sector, I was invited to attend.

I went along in the hope of engaging with people working in the fossil fuels industry on the topic of sustainability. A pleasant surprise was the similarity of experiences and useful insights shared by the keynote speakers which would be of interest to both male and female attendees.

Heidi Hellmann, head of strategy at BG Group, and Jennifer Burton, vice president, portfolio management at Afren Resources spoke of "zigzag" careers and encouraged attendees to consider breadth of experience and relationships at least on par with a more "linear" career path. Burton's analogy to a career being like the children's game of "chutes and ladders" (snakes and ladders) resonated in particular. This is especially relevant for actuaries. We pride ourselves with our technical knowledge and yet we are only just beginning to diversify from traditional industries to the wider markets such as energy, pharmaceutical and government among others. Interestingly, both speakers mentioned that their motivation at school-leaving age was that a career in the energy market seemed like fun - working on a beach, and so on.

The perspective shared around dual careers is probably just as relevant for men as it might be for women. Potential challenges of the two circumstances of partners working in the same industry or different ones were outlined.

Same industry: A choice on one or the other progressing may need to be made either due to the logistics of maintaining a family life, or in terms of the relatively concentrated nature of companies in this sector.

Different industries: The relatively concentrated nature of companies might mean that the most suitable opportunity for the career of each partner might not correspond from a location perspective.

For actuarial couples this consideration is probably less of an issue as opportunities are fairly well spread from a regional and concentration perspective.

This lead to the opening questions of the next keynote speaker - Iman Hill, general manager, technical and operational services of Sasol Petroleum International. A couple of questions Hill raised for the audience included why glass ceilings were still being talked about, and also why any complaints about this were often directed to other women, rather than the decision-makers in organisations who were, more than likely, men. The idea that talking about glass ceilings might make it a self-fulfilling prophecy was a perspective I hadn't considered.

The organisers of the seminar were quick to highlight that the invitation specifically included a mention that male attendees would be welcome, and indeed there were at least a handful who had chosen to attend the seminar.

A panel preceded lunch and included a representative from BP, Shell, Sasol as well as a non-executive director, consultant and an executive search agent. One of the topics discussed by the panel was on the diversity of corporate boards. Statistics on correlation of diversity with improved company performance, better quality of decision-making, improved corporate governance and ethics were also presented, and the assertion was made that, on average, women are better prepared for board meetings, which also has a positive knock-on effect for male board members.

I wasn't convinced of this relationship between advance preparation and chromosomes alone, and indeed, the sizes and time series of each sample might make results inconclusive. A hypothesis from Alan Derschowitz might be a more plausible explanation. In Derschowitz's autobiography Chutzpah universities had limitations on the number of students from some minority backgrounds. His observation was that these students markedly outperformed their fellow students. The logic offered was that the students had not only met the criteria applied to all applicants but additionally had outperformed applicants with the same minority heritage.

Congratulations and thanks to the organisers for a seamless event which provided delegates with a choice of workshops for the afternoon sessions and concluded with networking drinks. Hopefully next year's seminar will include a sustainability perspective and perhaps a theme of 'leadership as a characteristic, title not a requirement'.

The Actuary would like to thank Tracey Zalk, FFA for representing the magazine at the event and for writing this article.

This article appeared in our October 2014 issue of The Actuary.
Click here to view this issue
Filed in
10
Topics
Professional