The hidden risk of inflation

With inflationary pressures reappearing in several economies, Graham Fulcher questions whether building an implicit allowance for inflation into projections based on historical data is an overly relaxed approach 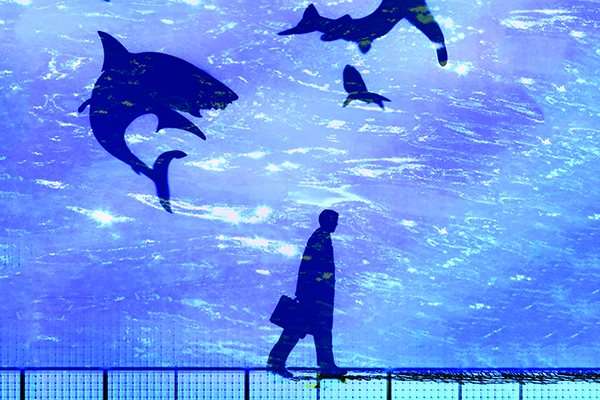 In my view, awareness of inflation goes hand in hand with understanding the operations of an insurance company because the assumption of inflation risk is fundamental to the basic premise of property and casualty insurance.

Breaking the insurance transaction into its simple components, an insurer accepts a fixed premium today in exchange for a promise to pay an uncertain amount in the future, contingent on an insurable event occurring. The risk of writing the business can be divided into two parts. The first is insurance risk - the contingency of whether the insurable event occurs and the uncertainty about the nominal amount of the claim (expressed in today's prices). The second is a financial risk - the impact of inflation on the actual amount of the claim at the time of payment. Every time an insurer writes an insurance contract, therefore, it is giving an implicit, contingent inflation hedge to the policyholder.

Economic circumstances have meant that many actuaries today have spent their working careers in a world where price inflation has largely been a side issue. It would not be unreasonable on their part to wonder whether it is really worth expending much effort to model inflation effects more precisely.

But, looking back at UK inflation levels over the past 250 or so years, there have been only two periods where inflation has been low and stable for more than 10 years - the early 20th century and now. The current period of inflation is clearly anomalous. At the start of the last century, open trade, reduced tariffs and price controls, the rise of global capital flows and a stable monetary supply all contributed to the previous period of passive inflation. Many at the time expected the conditions to continue indefinitely, for example dismissing worries of a major European conflict as 'impossible'. And we all know what happened then.

To a degree, many arguments for continuing low inflation are similarly open to question now, where interest rates have been suppressed by huge amounts of quantitative easing.

The vast majority of insurers around the world are already making some allowances for inflation in their business models. But with it having been a relatively minor consideration in recent years, the danger is that approaches may have become somewhat formulaic. Current practice tends to be dominated by firms that are making an implicit projection of claims inflation from their historical claims data.

In stable markets, such as we have been experiencing, this may be sufficient. But any of the following 'what if' scenarios could quickly invalidate extrapolated inflation assumptions:

? if the beginnings of a European recovery lead to an upturn in economic activity, which affects claims frequency trends;

? costs of medical care and the use of medical services change substantially;

? a geopolitical event leads to an oil or commodity price-related shock;

? central bankers overreact to the emerging threat of devaluation.

A broad brush approach also makes it very difficult to understand how different parts of the business are affected by inflation and how to react to inflationary changes effectively. Experience shows that the tentacles of inflation reach far beyond claims reserves into a whole gamut of areas, including reinsurance adequacy, the company's solvency position and broader business strategy. Moreover, just as important as recognising where the impact of inflation may be greater, is that dependencies between claims inflation and price and wage inflation may be very small in some classes of business.

Various modelling approaches could assist companies to start to get a better handle on their inflation exposure.

A step forward in modelling accuracy is to explicitly account for claims inflation. This involves creating reserving triangles based on paid claims, as incurred claims already include some unknown expectation of inflation. Extracting past inflation patterns from these models gives the level of paid claims in real terms, from which a real terms best estimate of reserves can be derived. Then, by factoring in estimates of future payment patterns and inflation, the best estimate reserves will include an explicit allowance for future price or wage inflation.

A good way to see if these effects need modelling is to fit development factor methods (that assume the same development pattern for each origin period) in the usual way, and inspect residual plots by calendar period to see if there is an observable pattern - highlighting a systematic failure of the model. Another option is to adjust triangles for suspected historical claims inflation and look for any remaining calendar period effects.

Data and mathematical models will take companies some way along the road to understand the impact of claims inflation better. But expert judgment, based on a solid understanding of the nature of the risks in a portfolio and of the internal and external claim drivers, is a key additional ingredient in setting appropriate claim inflation allowances which needs to include super-imposed inflation, as well as pure economic inflation. Otherwise, a range of potentially important contributing factors can be missed, including:

? legislative changes resulting in an increase or decrease of legal expenses;

? changes in the claims department;

? increase in awareness on accessibility of compensation, for example via social networks;

One of the lessons learned from the banking crisis was that low interest rates, increasing and uncorrelated house prices and low unemployment had become regarded as business as usual. Many of the quants working in the sector had never experienced anything different, and built and traded on increasingly complex mathematical models of risk that completely ignored the binary risk of a change in the macroeconomic environment.

Similarly, many insurers, and the actuaries that work in them, have only ever worked in a period of low and predictable inflation. Let us not repeat the same mistakes - for example by developing sophisticated stochastic reserving models that ignore the binary impact of a move to a different inflationary environment.

This article appeared in our September 2014 issue of The Actuary.
Click here to view this issue
Filed in:
09
Topics:
Professional