Lord Robert Winston, world-renowned scientist, emeritus professor of fertility studies at Imperial College London, Labour party peer and popular TV presenter, has a reputation for being provocative in his views. Angus Macdonald and Sharon Maguire meet him to find out why 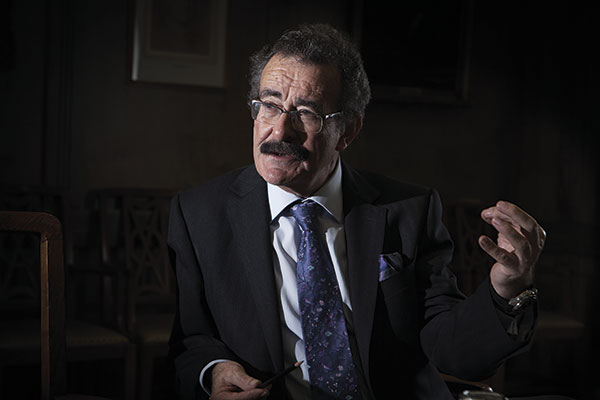 It was a packed house at the Royal Society of Medicine on 15 May, when Lord Robert Winston delivered the Institute and Faculty of Actuaries Spring Lecture, on the topic of Genes, Genomics, Genetics: Human or Hubris?

Millions of TV viewers will recognise him from the vast array of largely BBC commissioned programmes. Among them the BAFTA award-winning series The Human Body, and Walking with Cavemen - a four-part documentary series about human evolution.

As the country's leading expert on in vitro fertilisation (IVF) , he is outspoken and more than happy to venture an opinion on the commercialisation of fertility treatment via private clinics; the inadequacies of the Human Fertilisation and Embryology Authority; and is scornful of the UK government's attempts to reform the National Health Service. In keeping with his robust reputation he is also keen to acknowledge the downside of every advancement.

Speaking to The Actuary just prior to the evening's lecture, Winston gave an insight into the main issues currently preoccupying him, paying particular attention to the premise of uncertainty and the difficulties of prediction; both topics of great interest to actuaries.

He immediately sets the record straight in relation to sensationalist tabloid headlines that have stated with horror that certain IVF treatments will inevitably lead to 'designer babies'. Winston insists that this is not the case. "It should be possible to use a technique that we have devised to introduce new genes into humans without using a complex technology - so you wouldn't need to use IVF." Any risks that would need to be managed would be for society, rather than scientists, to decide. They would be very different risks, he adds. "The issue is that we might be able to produce humans that have enhanced attributes, and in so doing, we may change the way humans might be in the future. That technology is nearer now than it ever has been, and with it comes all sorts of implications."

The implications he refers to would revolve around whether it is ethically permissible to alter a patient's DNA, and potentially that of any offspring. Are we to give scientists a free rein in manipulating our genetic blueprint via eggs and sperm?

Winston is mindful of the reasons parents may seek fertility treatment, and sees private healthcare as a problematic issue. It is, he says, a market of anxious couples and willing scientists keen to try out experimental treatment. He has gone as far as to suggest that when a symptom of infertility is initially diagnosed, IVF is automatically given despite there possibly being other, cheaper methods that are more effective, and that the industry watchdog is doing nothing about it.

There are, he says, "all sorts of reasons why people may decide they want to try and enhance their offspring - we send them to better schools - so we might as well give them genetic advancement in intelligence, memory or cognitive ability of some kind". He adds that if we can train them to become outstanding athletes then we might as well consider modifying the genes that control muscle development too. Perhaps less controversial is that it may allow scientists the ability to replace faulty or 'unhealthy' genes. One example of this is how our genome could be altered to make future generations resistant to HIV.

It has often been said that knowledge of our genetics will change medicine and make health outcomes more predictable, but with a few exceptions that has yet to happen. So are we being wildly over-optimistic about scientific discoveries, of which genetics is a prime example? Winston thinks that the whole notion of genomics is misunderstood. "I don't believe that it is going to be quite as important as has been claimed," he says. "I think we will be looking at the field of epigenetics which is more to do with how we inherit certain characteristics."

One of Winston's primary concerns is public health and how to improve it. In this the potential for epigenetics is massive, and the idea of using it as a way of improving the environment for humans, and to ensure better health, is an area he thinks actuaries may well be interested in.

He later explains in greater detail how there is a real need for public engagement. How can we educate the population to protect their own health? One major flaw, according to Winston, is that we are not doing the social science research we should be doing. The need to address social conditions rather than scientific ones remains a bugbear of his.

He sees diabetes (type 2) as a scourge which will more than likely double in the next 15 to 20 years, largely through obesity. Pandemics will be on the increase as the danger is more immediate with the ease and accessibility of air travel. Viruses are equally perilous as they can mutate across species. Coupled with this is the increasing ineffectiveness of antibiotics with "not really any new approaches to antibiotic medicine in recent years".

I pre-empt his later lecture by asking about stem cell therapies, and the potential they have in the treatment and management of some illnesses. Again, this is another important field that needs far more research, and it is one that is very difficult to predict. Winston seems unsure of just how much it can achieve: "It has prospects for being really useful to develop tissues, but I'm not so sure about organs, at least not in the near future." There are some diseases, he claims, where it is difficult to see how stem cell biology can be as helpful as it is claimed. He cites dementia as a prime example.

So where does all this leave the insurance industry? There is currently a moratorium on the use of genetic information by insurance companies. Would Winston like to see this continued, or is there a place for some genetic information to be utilised? Winston reverts back to his earlier premise that there is a misunderstanding of genetics.

The genome is not going to be as predictive in the way it has widely been rooted, he says, and he remains suspicious of the claims that sequencing the human genome will lead to a massive change in the way we are able to insure in the next 10 years. "The whole point is that the field is immensely complicated - the amount of data so overwhelming, that it is difficult to see how big data can be analysed in individual cases to create any useful information that might be valuable to life insurers."

Winston doesn't believe we anticipate the future terribly well. "I may well be wrong, because you may say actuarial studies do that brilliantly, but I suspect it's only done in a limited model", he says. When it comes to the health of a population, "did actuaries consider and factor in 30 years ago that we could be wiped out by a pandemic infection, or that we might be destroyed by climate change?" These, he believes, are very serious questions. He sees pandemic infections as probably the greatest threat facing humans. Climate change is certainly happening and could have a devastating effect. How could we go about deciding the effect of a 4°C rise in the temperature in Britain in the next 30 years?

Winston is convinced that we are all consumed with an arrogant view of our own ability to change the world, and that most things that come along are largely unpredictable.

When asked what role the actuarial profession might play in any of these developments he replies that it depends on whether actuaries were any better at predicting the future than anyone else. "We always believe experts can predict the future - scientists certainly can't."

He cites as an example, the laser, now so ubiquitous in everything from electronic devices to experimental fusion science that it shapes our modern lives. Einstein established the foundation of the laser in 1917, yet it took 50 years for someone to make one, and when they did, no-one could think of any use for it.

That's how difficult meaningful predictions can be.

This article appeared in our September 2014 issue of The Actuary.
Click here to view this issue
Filed in
09
Also filed in
Interviews
Topics
Professional