Non-disclosure of medical conditions by life insurance applicants is nothing new, but what is the true cost of this to the life insurance industry? Paul Morden and Phil Brown explore further 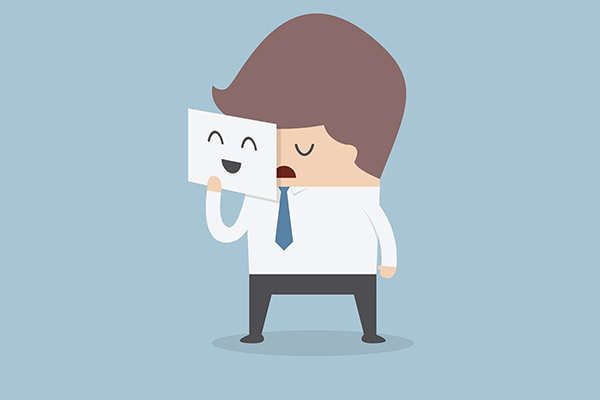 Recent research has shown the prevalence of non-disclosure and the degree of deliberate concealment within the life insurance industry is far beyond expected levels. In many cases, the facts withheld relate to issues which were so severe that the application should have been declined outright. Treating Customers Fairly (TCF) guidelines limit the ability to reject - and in some cases even investigate - cases in which such non-disclosure is present. The research found one in seven claims arises from individuals deliberately choosing to non-disclose.

This statistic is one of the key findings of a study to understand the benefits of using third-party medical evidence, which provides access to fuller information on applicants' lifestyle and medical health, during the underwriting process. Our findings indicate that the industry is allowing the vast majority of customers to pay higher premiums to cover the costs of this minority group. Is this treating honest customers fairly?

Traditionally, when applying for life insurance, customers are asked to disclose personal information such as their date of birth and gender, as well as answering 30 to 40 questions on their medical history, family history, lifestyle, pastimes and occupation. Non-disclosure occurs when the information provided is incorrect, and in many cases this can result in a policy being issued where it would have been otherwise rejected.

It is understandable that individuals may, for example, forget a high blood pressure reading from 10 years ago, or miscommunicate complicated medical information. However, the analysis shows non-disclosure on conditions such as long-term alcohol abuse, long-term depression and even cancer. The omission of such conditions from an individual's responses can only be considered as deliberate.

Figure 1 below shows the lifestyle and medical history conditions that contribute to non-disclosure. The ones which are most commonly deliberately non-disclosed are smoking, depression/psychiatric disorders, and alcohol.

There are a number of reasons as to why an individual may non-disclose, such as to obtain cheaper insurance premiums or simply because they were embarrassed to admit to certain conditions in front of an adviser.

What does it cost?

If non-disclosure isn't eliminated during underwriting and isn't found or dealt with at the claims stage, then there is a cost which is paid for by increasing insurance premiums across the market.

At first it may seem that this cost is small as only 7% of policyholders non-disclose, and an even smaller minority, 4%, deliberately non-disclose. However, the claims experience on such cases is obviously much higher than the average policyholder, running at four times or more the claims rate on a healthy life. These policyholders are also expected to show lighter lapse experience. Those who have successfully deliberately non-disclosed and gained a policy, are assumed to be unlikely to risk losing that cover by seeking a replacement policy elsewhere, even if the price is a little cheaper.

Putting all this together for a typical portfolio of business, it is estimated that 17% of paid claims arise from all types of non-disclosure. Individuals who have deliberately non-disclosed on application make up the vast majority of these claimants, the equivalent of 14% of paid claims.

This represents a significant cost to the industry and to the honest majority of customers who pay higher premiums to cover the non-disclosers. Insurers and reinsurers need to work together to eliminate this effect to ensure customers are treated fairly.

How do we eliminate non-disclosure?

Generally under TCF guidelines, individuals who have innocently misrepresented their situation at the point of underwriting are quite rightly viewed sympathetically at the point of claim, if the issue misrepresented was not a direct cause of the claim. However, a consequence of TCF has been that deliberate non-disclosure is now harder to prove at the claims stage as a result. This is reflected in the reduced declinature rates in published paid claims statistics. Where 10% to 15% of life and critical illness claims were declined due to non-disclosure 10 years ago, closer to 2% are now declined. Any reversal would understandably be met with resistance, with the industry having moved to its current position over a number of years in an effort to build consumer confidence.

With restricted ability to eliminate non-disclosure at claims stage, the focus therefore needs to be on catching the non-disclosure through the underwriting process. The majority of customers will be underwritten by the insurer based solely on the answers disclosed on their application form.

The industry has experimented with numerous approaches: warnings of non-payment on application forms, continually improving the application form questions, and in some cases using trained nurses to question the customers over the telephone via tele-underwriting. Ultimately, the research indicates that the industry has not found the perfect solution to eliminating non-disclosure.

Obtaining further medical evidence at application stage helps. This already occurs where certain disclosures have been made on the application form, through random sampling or simply due to the size of policy requested. However the additional information is not always factual or comprehensive enough to identify all non-disclosure. For example, doctor's reports, which are the most common source of medical evidence requested, only represent a summary of the applicant's medical records, and in some cases the information provided can be influenced through the doctor's relationship with the customer.

A more comprehensive approach is to use the full medical records of customers. This is not subject to the limitations of a doctor's report, but the challenge here lies in processing and analysing the information accurately and efficiently. Each medical record can run to dozens of pages - some electronic and well-formatted and others simply electronic scans of handwritten doctor's notes.

Will we ever remove all non-disclosure?

Despite the industry's best efforts, our analysis tells us that we cannot rely solely on application forms to eliminate non-disclosure, especially where it is deliberate. In simple terms, catching one fraudulent claim from seven is likely to be an easier task than trying to identify the four fraudulent applications in every 100 received. However the difficulty in shifting claims philosophies is recognised.

Obtaining the full medical records is an effective way of removing the vast majority of lifestyle and medical non-disclosure during underwriting, but limitations exist. Even full medical records may fail to capture certain risks such as smoking, visits to private doctors or simply symptoms or conditions that have not been reported to a doctor. Records may be limited for non-UK citizens or recent migrants to the UK, and, obviously, non-medical aspects such as hazardous pursuits will not be detailed.

While it is unlikely that the industry will ever succeed in completely removing non-disclosure, a combination of good practices will be needed in order to ensure fairness to all policyholders. Obtaining full medical records, better application questioning and exploring the level and types of medical evidence available will all contribute to an improved risk management process. Getting the balance right means finding solutions that, in the context of the highly competitive UK market, are also cost-efficient and do not overly complicate the new business process.