Earlier this year, The Actuarial Association of Europe (formerly the Group Consultatif) held a seminar in Brussels entitled The New Global Insurance Capital Standard. David Beddows and Ad Kok share their thoughts, inspired by the presentations and lively discussions that took place 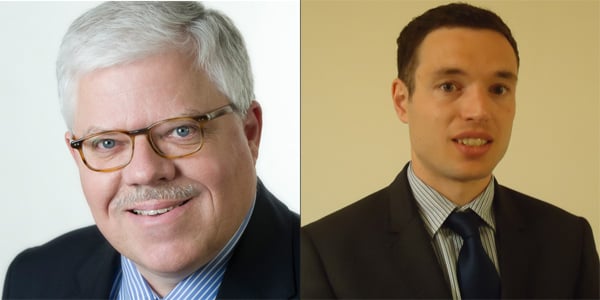 The International Association of Insurance Supervisors (IAIS) has committed to develop a global insurance capital standard (ICS) by 2016. This would become an additional reporting requirement, but for only the largest global insurance groups.  It is envisaged that it would be implemented by 2019, which would allow time for field testing. The IAIS has already published draft measures which aim to propose guidelines rather than detailed prescriptive regulations, although some commentators suggest that they are too prescriptive.

Do we need a Global Standard?

There are many reasons why a global standard would be good for the global insurance industry.  Since the financial crisis of 2008, it has been recognised that there are certain key financial institutions that play extremely significant roles within the global financial services industry and, thus, in the entire global economy.  These organisations are referred to as

The financial strength of these institutions is critical to avoid another financial crisis developing in future.  Arguably there has, so far, been more focus on the banking industry than the insurance industry, as banking was perceived to be the predominant source of the 2008 crisis.  However, there are risks within the insurance industry that could potentially lead to equally adverse effects on the global economy.

So, the most compelling reasons for introducing a global insurance solvency capital standard are the following:

 To reduce the risk of a failure of a G-SII, i.e. to safeguard the global financial system from risks arising within the insurance industry, which would have potentially disasterous consequences for the global insurance and financial industries and economies.

 To encourage greater coordination and cooperation between national insurance supervisors.

 To introduce a common language for national insurance supervisors.

 To increase levels of protection for policyholders (in the global market).

 To create a more level playing field for multi-national market players (competing insurance companies) from one country to another.

 To encourage greater competition and hence better rates for policyholders.

 To reduce the possibility of regulatory arbitrage betweeen one country/region and another.

 To improve the measurement and monitoring of risks to which insurance companies are exposed.

 To facilitate easier and better comparability between global players (better for shareholders).

There are, however, challenges to overcome, both political and technical.

The global standard would be a failure if it becomes yet another layer of regulatory reporting without achieving any of the positive outcomes listed above.  It should be sufficiently flexible to incorporate existing national and regional regimes where possible, balanced with the objective of obtaining a level playing field. It will clearly be a challenge to satisfy everyone!

There is also awareness that a new global standard should not become a step backwards, for example, relative to Solvency II (S2) within Europe. Despite S2 still not being fully implemented, the increase in dialogue and coordination and sharing of best practice between the national supervisors of the EU has been an extremely welcome outcome of the programme.  The last thing that EU-based supervisors want is for the S2 framework to be replaced by another, different, regime that may have the benefit of being a globally consistent standard but which is inferior to S2 from a technical and supervisory viewpoint. The European view of the optimal regime of solvency supervision (S2) is not however the only view.

Each supervisor has different levels of resources to implement, monitor and take action against players in their jurisdiction, with smaller countries normally having lower resources. This is already evident for S2 within the EU. On a global scale, the differences could be even greater. The possibility of regulatory arbitrage would not be removed entirely.

The timeline appears highly optimistic given the time it has taken for S2 in Europe. The immense effort that has taken place in Europe over the last decade for S2 has been costly and ideally should not be repeated.

There is some agreement on the desirable features of a global solvency regime for G-SIIs, but these need to be precisely defined and then effectively implemented. Ideally, the new regime should be:

 Risk-based - but precisely which risks to include and how to include them is, as yet, undefined

 Based on best estimates of liabilities

 Cover the entire insurance group, rather than just the individual entities

The fact that not everyone agrees on what fundamental definitions, such as 'best estimate of liabilities' or 'market-consistent' actually mean is a key hurdle to overcome.  When the principle of a 'common language for insurance supervisors' is referred to, then definitions of the key technical terms are vital.

Given the short timescale to which the IAIS is working, it will be unrealistic to develop a system as comprehensive as, for example, S2. Thus, realistically, it is expected that the IAIS's Basic Capital Requirement (BCR) will not reflect risks as accurately as under some national or regional regimes. Unfortunately, this means it might then be viewed as a backward step from today's position.

The draft structure of the solvency requirement is to have the following components:

The expectation of many seminar participants was that the BCR will be calibrated to lie somewhere between the S2 MCR and SCR.  This raises the question as to what the point of a global standard for insurers who already meet higher standards would be, especially given the likely additional costs. There is also the fundamental and unresolved question of what discount rate to use, and the illiquidity premium issue is almost certain to raise its head again.

Actuaries can play a very big role in this initiative. Just as EU-based actuaries have experienced a surge in demand for their skills during the development of S2, the development and implementation of a global standard will require much technical expertise from actuaries worldwide.

David Beddows is a life insurance actuary and is head of business planning at Lombard International Assurance. Ad Kok is an independent actuary acting as chief executive for the AAE. Further enquiries about the AAE and the Global Capital Standard can be sent to the AAE offices in Brussels. 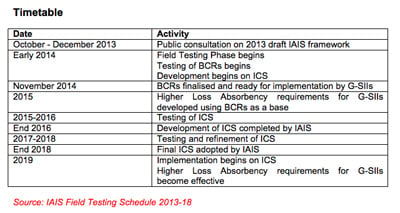 Organisations represented at the seminar

This article appeared in our July 2014 issue of The Actuary.
Click here to view this issue
Filed in:
07
Topics:
General Insurance