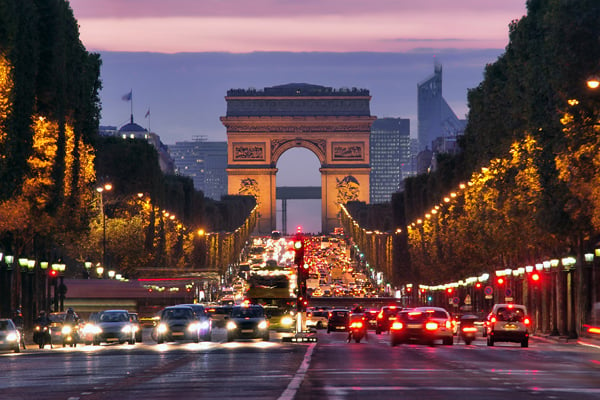 Where do you work?

I finished my actuarial education at University of Paris Dauphine last year, after my six-month actuarial internship at Aviva in France. I'm currently a consultant at Périclès Group (Paris).

Which actuarial fields do you specialise in?

Which actuarial fields are the most popular in France and why?

These would include Solvency II, as this regulatory reform will take effect in 2016, and actuaries are aiming to improve and automate the process created.

Another is the 'Euro-croissance' product, which will be launched at the end of this year.Plus dependency risk work, due to the significant rise in the French population over 65 years in the next few decades, and increasing life expectancy.

Can you tell us about the industry or market you work in?

The actuarial industry has undergone major changes during the past 10 years. Today, an actuary's role is more diversified, working in a range of disciplines. These include: longevity and mortality risk, operational risk and catastrophe risk.

What led you to choose to study for an actuarial qualification?

It is a dream for me to be an actuary. It is an opportunity for me to use the mathematics and statistical notions that I learnt at university in a practical business context.

Moreover, by being an actuary, it offers more opportunities other than mathematics or statistics fields, such as risk management or insurance.

Which of the actuarial exams do you consider the most difficult and why?

The most difficult actuarial exams are the Solvency II exam, the ALM exam and the extreme value theory exam, because these courses have many useful technical notions, but students have very little time to acquire all of these theories in depth. However, these three courses are the most interesting for me.

When do you expect to qualify?

I expect to become a qualified actuary in 2017.

Is there an actuarial student society in your area, and what kind of activities does it organise?

There isn't a student society in France like the Staple Inn Actuarial Society in the UK. However, the Institut des Actuaires has an association of actuaries related to the school. At the University of Paris Dauphine, there is Les Actuaires De Dauphine, which organizes many events for students such as conferences or sport events.

There is also the association 'Kaktu'Z', which organizes 'La nuit des actuaires' - an annual ball open to every French actuary and student. Once students have qualified, they can benefit from free events organised by the Institut des Actuaires, such as conferences on topical issues.

What is the reputation of actuaries in France?

People who work in insurance or financial services may be familiar with the actuarial profession, but actuaries are not well known by the French population. This is largely due to a lack of coverage in the media. I have noticed in American or British movies and TV, that there are now characters who are actuaries.

What are your views on the role of an actuary now, and in the future?

The role of the actuary has changed quite considerably in the last 10 years, and I hope that it will continue to do so in the future.

In the UK the skill set of an actuary is being recognised across many disciplines, is this also true in France?

Initially actuaries were only recognised within the insurance sector. However, the skill set of an actuary is now also recognised in risk management. In the future, it will be used across many other disciplines.

How would you describe a typical day?

As a young consultant like me, I think it's difficult to have a typical day. Every day I am learning new skills, trying to exploit data, challenging different hypothesis and interpreting results.

What were the influences that shaped your career decisions to date?

The most important factor that shapes my career decisions is my curiosity and desire to add value to my work as an actuary.

How will you celebrate the day you qualify?

It will be a very happy day when I qualify, as it will be one of the major steps of my career.

This article appeared in our July 2014 issue of The Actuary.
Click here to view this issue
Filed in
07
Also filed in
Interviews
Topics
Professional