Man with a plan

Nick Salter, the new president of the Institute and Faculty of Actuaries, tells Kelvin Chamunorwa about his international focus for the year ahead and comments on the professions strategy in a number of other areas 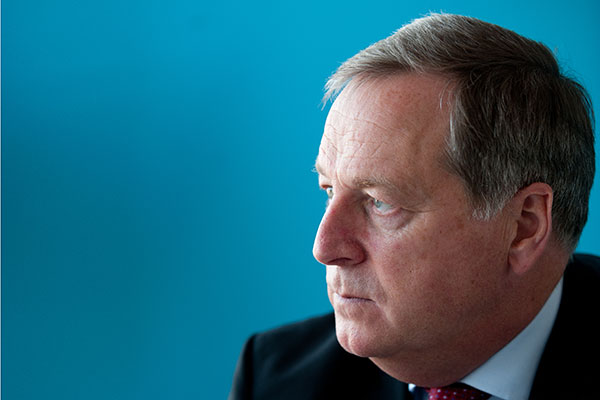 The beginning of the interview with Nick Salter does not go to plan. Before I can ask the first question, the new president of the Institute and Faculty of Actuaries turns the tables and asks about a member interest group for southern African actuaries which I'm involved with.

The reason for his interest soon becomes clear, however, as he points out that a key focus of his year as president is to ensure a thriving international membership.

The affable and very well-spoken Salter tells me: "With 40% of our members now based outside the UK, it is important that we keep up to speed with what's going on elsewhere in the world, to ensure that what the profession does is relevant to our members, wherever they are based."

But how can the IFoA make this happen, with such a wide geographical spread of members? He explains: "One way is through better use of the internet - for the exam system and through a virtual learning environment for example."

"We are not there yet, but we are working towards that. It's also very important that we meet and talk to our members and make the effort to meet those in far-flung places too. Then we can find out what's really interesting our members and how the profession can support them."

Salter assumed the presidency in June, taking over from David Hare. He graduated from Cambridge University in 1978 with an Economics degree and qualified as an actuary in 1986. In 1989 he was one of the founding partners of Barnett Waddingham and is now senior partner, specialising in advising trustees and companies on pensions. He is also on the Court of the Worshipful Company of Actuaries and chairs its Finance Committee.

I press the new president for his thoughts on some of the IFoA's other strategic objectives, starting with education. Are the exams set at the right level - so that they are challenging while not so tough that able students choose alternative career paths?

Salter jokes that "the exams have become easier since I sat them", then suggests that the key is the expected time to qualification rather than the difficulty of

He says: "What I'd like to see is exams that are testing, but actuarial students should be able to see the end when they start. When I started the exams, the expected time to qualification was seven years, which was too long. Three or four years would be ideal, otherwise you just put people off.

"We could have another level of exams after qualifying as an actuary, and those exams would be done out of choice."

His personal view is that it could be achieved under the current framework. He suggests that "the majority would go for the Associate qualification, with a few going further to complete the exams required for Fellowship if they aspire to specialise and hold a reserved role".

I raise the topic of regulation and highlight to Salter some members' fear that current proposals for additional actuarial standards could ultimately be of detriment to actuaries, for example those competing with non-actuaries for clients and staff.

Salter pauses; his response is considered: "The proposals should be embraced. I think that any substantive piece of work should be peer reviewed, and I don't think that should be limited to actuarial work. If there is no sense check of the appropriateness of a piece of advice, there is a potential danger to the user of that advice and also to the person giving the advice. In principle, peer review is a good thing."

But does it need to be made compulsory? Salter reinforces his earlier point: "Mandating actuaries to peer review is difficult, but I still think it's a good thing." He adds: "Maybe a phased approach to implementing the regulations would have been better: a light-touch review first to get members to understand the value of it."

Salter believes members should see the proposals in a positive light. He says: "If an actuary does a piece of work, which has been through the necessary rigour and has been peer reviewed, a positive statement should be made about it to the client. If I'm an actuary working in a non-reserved role and I am pitching for work against a non-actuary, I might be perceived to be at a disadvantage if my work costs more because it needs a peer review. But we have to be prepared to highlight the benefits of it."

Salter takes a similar stance on continuing professional development, which I gather is a subject that's top-of-mind, as he raises it before I have the opportunity to.

"It upsets me that some see CPD as a tick-box exercise. Rather than one sitting at the back during a conference on their BlackBerry, one should see the value of continuous learning, and be prepared to demonstrate that to their clients - that they are keeping abreast of market developments. I don't think CPD is being seen for its true value by some."

I ask Salter whether he thinks the public have the right view of the actuarial profession. He suggests that the perception is currently narrower than it should be.

I am keen to find out more about Salter's background, and what led him towards the actuarial profession in the first place. He points out that he developed a talent for maths at school and that his grandfather worked in the insurance industry.

"My father suggested that I explore an actuarial career. I didn't have a clue what that was and at that time it was very difficult to find out. While at university, I arranged to talk to the actuary linked to it. At the time it was Peter Clark, who went on to become president of the Institute of Actuaries some years later. I asked him what an actuary was. His response didn't put me off.

"I also had the arrogance of youth and thought I'd give it a go and if it didn't go well I'd just try something else." I remark that it seems to have gone well. "I've muddled along," he quips.

It's the same go-getter spirit that seems to have led him to co-found Barnett Waddingham. He recalls the difficult decision he had to make 25 years ago.

"At the time I was reasonably senior at Mercer, working in its London office, relatively well-paid and my wife was heavily pregnant with our daughter. She was rightly concerned about the timing. I decided that I would leave my job in a way that would allow me to knock on the door if it didn't go well. Fortunately I never had to test that."

The UK pensions landscape has seen many changes since that time, with this year's Budget bringing the most recent of such reform. I ask what he foresees for the industry over the next 25 years.

Salter thinks that defined contribution is not the universal solution. "People save too little. They underestimate their life expectancy and also underestimate the impact of inflation, because it has been relatively low historically. We won't go back to defined benefit, but I think we'll end up somewhere in between, with some sort of risk-sharing arrangements."

He adds: "There is a tremendous opportunity for actuaries to innovate in this space, with solutions that cater to different employers' appetite for risk on their balance sheet."

So how does he juggle his various leadership roles? "There is a lot to do. Fortunately, I have a strong team at work who look after my clients day-to-day and know when to involve me. It's the same with the team here at the IFoA. I also have a very good PA, and an extremely understanding wife."

This article appeared in our July 2014 issue of The Actuary.
Click here to view this issue
Filed in:
07
Also filed in:
Interviews
Topics:
Professional