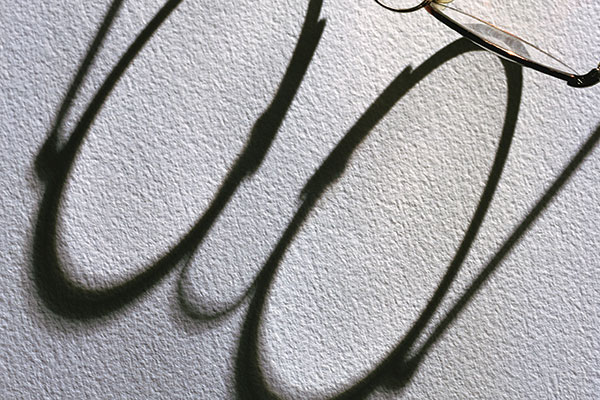 How much will a £1 investment be worth in 30 years' time? And what is that future value worth today? Actuaries are used to pondering such questions, so we're interested in how your clients might answer them. As we'll explain, we suspect that their answer to the second question might not always be £1. It might be more, it might be less.

In our paper, Value-time curve psychology, we consider a series of 'thought investments' in which the initial value of an investment is projected forward to a future date (prospection) and that future value is discounted back (retrospection) to give a present value. We use 'value-time charts' to trace this mental simulation of changing value over time.

We show that the first big distinction is between those who value 'exponentially' and those who value 'hyperbolically'. Exponential valuation is standard in time value of money calculations where annual growth rates are assumed to be constant over time. But, in reality, many of us value hyperbolically, anticipating that £1 invested will grow more rapidly in the short-term than in the long-term.

In Chart 1 (below), £1 is projected forward 30 years: exponentially to £5.74 and hyperbolically to £3.32. In this example, the exponential investor is assuming a fixed annual growth rate of 6%. In contrast, the hyperbolic investor initially expects that the investment will grow at a much higher annual rate than 6%. But as the hyperbolic investor looks further into the future, he or she anticipates that the annual return will fall well below 6% and that the average annual return will be just 4%.

If £1 is compounded forward, at 6% for 30 years, then a symmetric investor will use a 6% discount rate to arrive back at a present value of £1.

Recent research in behavioural psychology, however, reveals that the ways in which many of us mentally represent the future and the past differ. Prospection differs, in context and experience, from retrospection. Many of us are not temporally neutral. Some of us are 'myopic' and have 'positive time preference': we value the present more than the future. Some of us, in contrast, are 'hyperopic', we value the future over the present: we have 'negative time preference'.

Positive time preference, in a thought investment, implies that the present value is less than the initial value. Chart 3 illustrates the myopic investor's value-time curves.

In a thought investment with negative time preference, present value exceeds initial value. Chart 4 shows the hyperopic investor's value-time curves, both when valuing exponentially and hyperbolically. £1 is projected forward exponentially to £5.74 in 30 years' time and then exponentially discounted to a present value of £1.77. And, £1 today is projected hyperbolically to £3.32 and then hyperbolically discounted to £1.77. By implication, £1 today invested for 30 years is valued at £1.77 for these two hyperopic investors, although this need not be the case in general.

We explore, in our paper, the reasons why investors might project and discount non-symmetrically. One reason is their attitude to risk. We explain, for example, why a risk-averse investor might value £1 invested in equities at less than £1 invested in bonds whereas a risk-seeking investor might attribute a higher value to the equities.

Our paper is theoretical, albeit referenced to a comprehensive body of experimental evidence. Our next task is to carry out our own testing. As a first step, we would much appreciate your feedback. In particular, do you recognise, or have any anecdotal evidence of 'symmetric', 'myopic' and 'hyperopic' valuation? Certainly, some traditional actuaries appear to have valued equities hyperopically: they could quite happily switch a pension fund's bonds, valued at £100m, into equities and value the equities at £120m. Presumably this no longer happens? 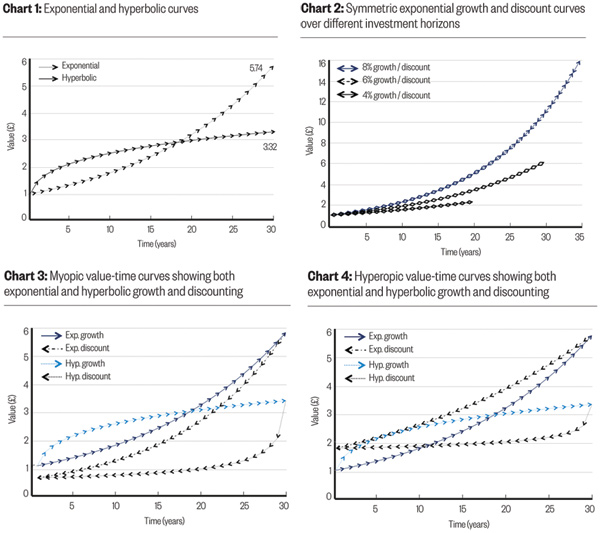 Please download the report at bit.ly/T34juD and then email your comments to [email protected]

This article appeared in our July 2014 issue of The Actuary.
Click here to view this issue
Filed in:
07
Topics:
Investment