Can the tide turn for Oz pensions?

Australias system of superannuation has wide coverage but often provides an inadequate level of retirement income. Stephen Huppert says that government, regulators and the pension industry need to work together to improve the situation

Discussions about retirement systems often look to Australia. It is the world's fourth largest system at over A$1.8trn (£1trn), 105% of GDP and is expected to quadruple in size within 25 years. Figure 1 shows both historical and projected total assets under management.

Australia has a three-pillar retirement system:

1.  Age Pension is a universal means-tested pension provided by the Federal Government and paid from consolidated tax revenue each year. Currently the pension commences at age 65 - eligibility age will gradually increase to 70 in 2035.

2.  Compulsory superannuation contributions are made by employers, currently at the rate of 9.25% of salary. This rate will gradually be increased to 12% by 2022.

3.  Voluntary superannuation contributions can be a mixture of pre-tax (salary sacrifice) and post-tax contributions.

As the system is mandatory, with no opt-out provision, coverage is very high. Over 98% of all employed Australians are covered by superannuation and 75% of self-employed. However, the vast majority of assets are in defined contribution schemes where members receive a lump sum at retirement. This means that having a superannuation account does not imply an adequate level of retirement income.

The superannuation industry is far from homogenous with a number of distinct segments chasing the money (see Figure 2). The industry and self-managed superannuation funds may be the least familiar to readers in the UK.

The government decided not to establish a government-run scheme and so industry funds were established as an alternative to bank and insurance company options. They usually focus on particular industry sectors such as teaching, construction, health and public sector to name a few, and some of the funds position themselves as multi-industry. These funds are not-for-profit and the trustee boards consist of equal representation from union and industry groups.

The structure, governance regime and size of the Australian system result in it consistently being rated highly in both the Mercer Global Pension Index and the Allianz Pension Sustainability Index. However, by certain criteria, it has a number of major challenges that must be addressed - for example, we are world-class at getting money into the system, but there is significant work to be done at the other end.

Almost all retirees receive their benefit on retirement as a lump sum. If they want an income stream in retirement they must purchase one. Apart from a small number of defined benefit members, there is no default transition to an income stream. Australia has a very small market for annuities, either term certain or lifetime.

For the 85% in DC schemes, the most popular option is an allocated annuity. This is an account-based pension that provides a series of regular payments. The payment amount is subject to minimums described as a percentage of the account balance and the member can take lump sum amounts out.

The debate about compulsory annuitisation does surface from time to time but there is nothing to suggest it will occur in the foreseeable future. There is significant industry support for changes to tax legislation to make deferred annuities more competitive.

Since the introduction of compulsory contributions, the message has been that these contributions are deferred salary. Employees are told that it is their money. Anything other than account-based pensions will be a hard sell politically and commercially.

There are two dimensions to sustainability of a retirement system: national and individual. Like in all countries, improved longevity and other demographic pressures have led to significant tension between these two dimensions.

Despite the compulsory contributions and tax concessions, only 20% of Australians are completely self-sufficient in retirement and, of this group, only half manage to stay self-sufficient with the balance eventually relying on the government age pension.

The other 80% receive full or part pensions from the Commonwealth Government.

Most projections do not see the overall percentage changing significantly though the proportion receiving full pension is likely to decrease. 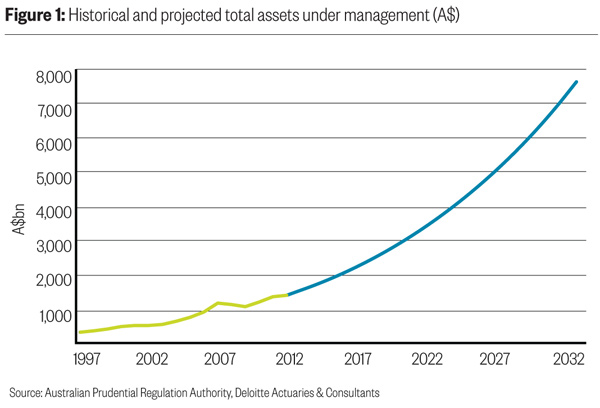 It is not surprising that successive governments are torn between the value of these concessions for encouraging self-funding of retirement and their need to balance the Federal Budget. Various think tanks and interest groups have their views on the social and economic benefits of the tax concessions within superannuation.

The constant changes to tax and other legislative aspects over the history of the system have led to significant complexity. This results in costs to providers and lack of engagement by consumers. The average Australian's reaction when the topic of superannuation is raised is that it is all too difficult and the rules keep on changing.

This is a disincentive for members to be suitably engaged in saving for their retirement and discourages them from making voluntary contributions.

There are many well-run superannuation funds that are constantly looking for better ways to improve the retirement outcomes of their members. But it is difficult to be overly optimistic about the future of the system as a whole. Australia does have the foundation of a good retirement system, but significant work is required to better prepare and provide for the post-retirement phase. This should include finding ways for members to make the right decisions at the right time, a better range of efficient post-retirement products and improved integration between superannuation systems, state pension and long-term care.

This will require cooperation between the government, the regulators and the industry. Past experience suggests that this will not be easy. 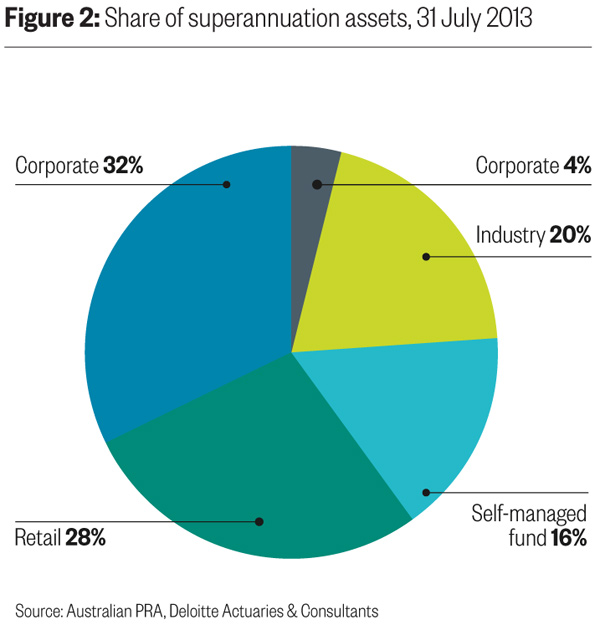 This article appeared in our July 2014 issue of The Actuary.
Click here to view this issue
Filed in:
07
Topics:
Global