The times, they're not a changin' 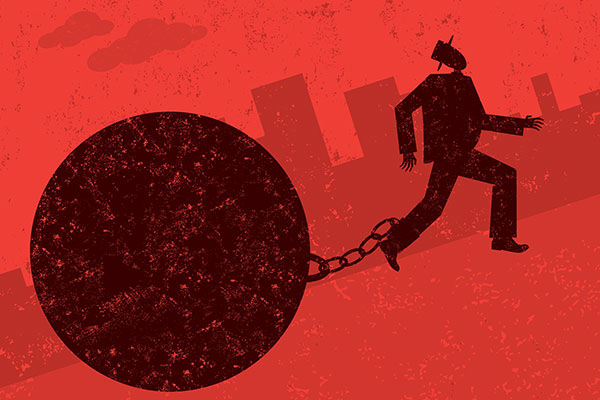 Having worked in pensions for nearly 30 years, I have come to terms with what can often be the glacially slow pace of change. I am of the belief that, when change does finally come, it moves things for the better. My innate optimism is, however, being tested when it comes to multi-employer pension schemes in the UK and the undoubted harm these are inflicting on our precious charitable sector.

Despite dire warnings from leading figures in the field and the unfortunate demise of some leading charities as a direct result of these pension schemes, it seems next to impossible to get commitment to finding a workable solution.

If an organisation has its own stand-alone pension scheme it can readily manage its risk exposure by closing to new entrants and ceasing future benefit accrual. In these circumstances the trustee would rightly seek some additional comfort from the employer, such as higher deficit contributions or some form of security. The scheme could continue in 'closed' form, securing benefits as they fall due and ultimately moving towards wind-up over what will probably be the medium to longer term. A well-worn path for many employers over recent years.

But not for employers within multi-employer schemes. A single employer closing its section of the scheme to future accrual immediately triggers a Section 75 type debt. This debt will be much higher than that identified in calculating contributions or which may have been shown in financial statements, if liability values are shown at all. This is because the funding shortfall calculation when a scheme closes to accrual is carried out using much more conservative assumptions than would have been used previously.

Unfortunately, in many cases this means that organisations are forced to continue to accrue liabilities they patently can't afford and which can ultimately put benefits, and indeed even employment, for their staff at risk.

The problem is further exacerbated by the 'last man standing' nature of many of these schemes, which redistributes any unpaid deficit as a result of insolvency to remaining participants, thereby increasing their debts. The inability of organisations to effectively manage this debt therefore also puts other unconnected organisations at risk.

The requirement for remaining participants in 'last man standing' arrangements to meet debts left behind by insolvent employers means that the charitable sector is largely being asked to put its own pension house in order without any cross sector support from the Pension Protection Fund (PPF).

So while Section 75 works effectively for those it was aimed at, that is connected employers in multi-employer schemes, it seems obvious that it is entirely unsuitable for unconnected employers and, unfortunately, it is mostly charities that are impacted by this. There is however, always resistance to amending legislation without being sure that no other options exist. So what are the usual objections that are raised?

Does it really affect many organisations?

Estimates vary but, for example, the Pensions Trust alone claims to provide pensions for over 2,400 organisations. If we add in other multi-employer schemes and public sector schemes such as the Local Government Pension Scheme, it does seem that between 3,000 and 5,000 charities are likely to be affected - not an insignificant number.

The way scheme closure is handled in these schemes is also undoubtedly having a very material effect. Not only is it preventing legitimate risk mitigation but it is also significantly limiting corporate restructures and ultimately resulting in insolvencies, many occurring below the radar.

I doubt if this issue were affecting another sector of similar size it would be accepted quite so stoically.

There must be alternatives to legislative change

The legislation is so unsuitable, and in some cases the financial position so desperate, organisations have looked for alternatives and some convoluted, and often expensive, options have been devised. A common solution is to reduce active membership to one member, or very few members, however, this raises the spectre of an inadvertent Section 75 debt trigger should that member leave, and not be replaced. Ultimately, organisations should not have to find complex 'workarounds' to an ineffective piece of legislation.

Employers won't pay in if they're closed.

There is absolutely no evidence for this, in fact my experience with schemes where employers have agreed to close is quite the reverse. Where schemes close to future accrual, employers remain committed to funding as they want to exit the scheme at some point, and because the scheme trustees retain the ultimate sanction of being able to serve a Section 75 debt.

Member security will be compromised

If there was a fundamental change to the 'last man standing' nature of these schemes then this contention may hold true, but that is simply not the case. Members' benefits, in general, remain better protected in a 'last man standing' arrangement than under stand-alone schemes, as should the employer become insolvent, they'd be protected by all the other employers in the scheme, and only be required to take reduced benefits in the PPF, should all the employers fail.

If organisations were allowed to fund their closed schemes on a longer-term basis and therefore were more likely to close their DB schemes and reduce the build-up of future liabilities, it is quite clear they would also be less likely to fail, therefore also providing greater 'covenant' protection.

Also, if we're talking about member security, why should we be limited to purely considering pension security and not job security? If more organisations are forced in to insolvency by these schemes, members lose their jobs, their future income and indeed their future pension contributions - resulting ultimately in a lower pension. Such events also place an additional burden on the taxpayer in a number of areas.

There could be unintended consequences

This is always a risk. However, with careful drafting of the legislative change this can be avoided. In any case, we already have unintended consequences, particularly with local government pension schemes. Section 75 doesn't apply within these schemes, however scheme managers based upon the advice of their actuary choose to apply a consistent approach even though there is no legislative requirement for them to do so. With a little more thought these schemes could be applying a much more practical approach for the benefit of not only charitable admitted bodies but for all of their participants.

Charity Finance Group has been working tirelessly over the past few years to achieve a resolution in this area and is about to bring forward proposals that would require relatively simple changes to secondary legislation using the powers in Section 75A Pensions Act 1995. The changes are very focused and would effectively resolve the Section 75 issue.

The question will therefore boil down to whether there is sufficient will to pursue the change. The initial focus needs to be on changing the legislation so that a closure to future accrual would not automatically trigger a cessation event, and this could significantly improve the situation.

Such a move would have the support not only of the participating employers but also scheme trustees and administrators. They equally have no wish to see employers continue to fund liabilities that they can't afford, and indeed will be well aware that to do so puts other employers (and members) who can currently afford their liabilities at greater risk. I can only hope that this practical proposal may mean that, at last, common sense will prevail.

This article appeared in our June 2014 issue of The Actuary.
Click here to view this issue
Filed in
06