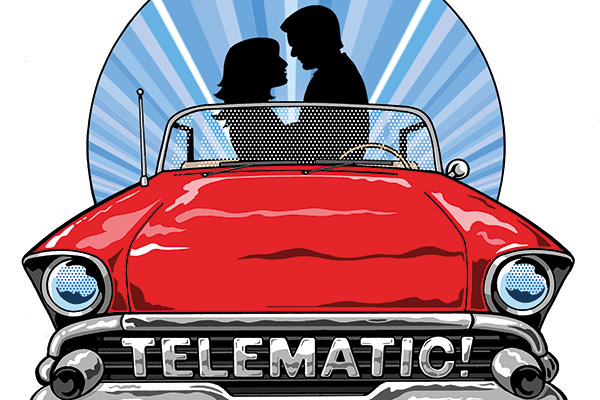 We live in a personalised world. Everywhere we turn we are having 'experiences' recommended to us based on our previous purchases, visits or viewings. Now, thanks to the advent of telematics, the insurance sector is shaping up to be able to offer consumers personalised policies based on their actual driving behaviour, rather than the 'guesstimates' of old. This is because insurers will be able to determine the ultimate loss ratio of a single risk - revolutionising motor pricing.

Traditionally, without actual driving behaviour data, insurers would rely on information such as a driver's age, number of years' experience, location and claims history to make an estimate as to the likelihood of future claims happening, and then set a premium price accordingly. This would usually result in premiums being set either too high or too low, potentially resulting in poor value-for-money or high loss ratios. However, recent experience tells us that if you can gain insight into individual driving behaviour, scored against a set of predictive driving parameters, this can dramatically improve loss ratios.

The most predictive driving parameters include verified mileage and garaging, what times of day and night driving is taking place, the number of incidents exceeding speed limits, the smoothness of the drive and the incidence of short journeys.

Table 1 demonstrates the predictive power of these driving parameters. It shows the relative fault claims per mile on different UK roads. The data shows that there are 11.6 times more claims per mile travelled on 40mph roads and below compared to a 70mph motorway.

By taking a weighted combination of four or more driving parameters, it is possible to craft a personalised 'driving score' for each individual who has a telematics device in their vehicle.

Once we have those scores, we can then map them against a range of forecast loss ratios.

If we assume a scale of 1 to 100 for driving scores (1 representing the worst scoring drivers and 100 the best), we can see clearly from Figure 1 (below) that a population of drivers scoring 25 or under will have a loss ratio of about 135% compared with a loss ratio in the region of 38% for a group scoring above 75.

By using the latest smartphone technology, we have reached a point where an accurate score can be determined after just 200 miles of driving.

This means that insurers can determine the likely ultimate loss ratio of individual risks within weeks, rather than years, of a policy being taken out. Traditionally, it would take an incident to happen before a loss ratio could be calculated, and claims and risks would have to be aggregated to ensure the results were robust. However, now we can look in much finer detail and more quickly at the performance of individual policies or broker portfolios or underwriting changes.

It is this and the use of apps that we believe will start to take telematics from niche to mass market over the next 12 months - a true revolution for both consumers and insurers. 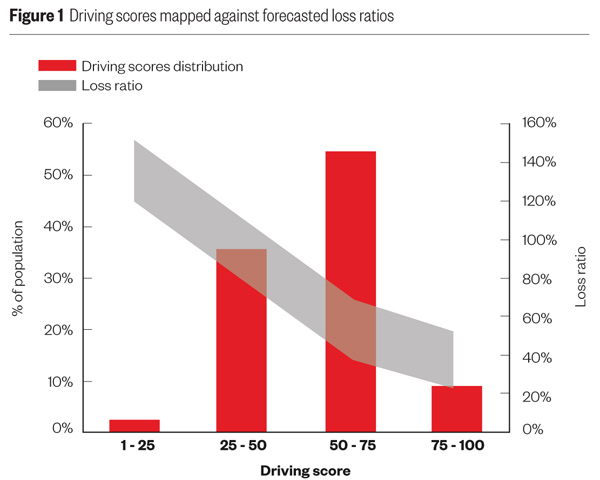