What would happen if you set completely unrealistic goals? Simon Hartley, author of Could I Do That?, says that is exactly what high achievers do 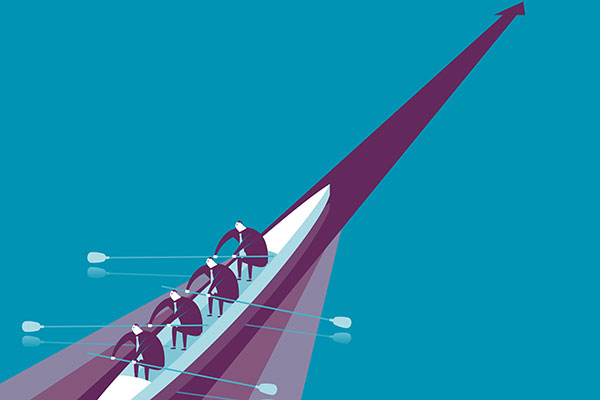 Do you sit down and systematically set goals? Over the years I have read a plethora of books and heard countless personal development 'gurus' explaining the importance of goal setting. Conventional wisdom suggests that successful people set goals and that if we want to be successful, we ought to set some too.

During my early years practising as a sport psychologist, I used to help athletes and teams set goals too. Having read the textbooks, I followed the principle of setting 'SMARTER' goals. There are several versions of the acronym. One of the more common suggests that goals should be Specific, Measurable, Attainable, Realistic, Time-Bound, Evaluate-able and Relevant. On the face of it, that all sounds very reasonable. But, is that the way that the world's best actually set goals? If you were planning to take on an enormous challenge, would SMARTER goals really help? What if you were setting out to attempt something that nobody had

I've just finished writing a book that describes the way people take on challenges. I interviewed some incredible people who have taken on some astonishing challenges. Steve Williams, for example, took the challenge of becoming an Olympic rower. Interestingly, he showed relatively little sporting talent at school, finishing either last or second from last in the cross country. He's also considerably shorter than most elite rowers at just over six feet tall. Despite these apparent disadvantages, Steve won two gold medals for Great Britain in the men's coxless four crew, in Athens and Beijing. After retiring from rowing, and to stop him getting bored, he also skied to the North Pole and reached the summit of Everest in back-to-back expeditions.

Andy Reid's challenge was very different. His challenge began when he was severely injured by a Taliban IED in Helmand Province. Andy not only had to learn to walk again, he also had to rebuild a life. Robyn Benincasa, on the other hand, set out

with a pretty audacious challenge to break

the 24-hour kayak world record on the

Yukon. These are all undoubtedly extraordinary challenges.

There are some challenges that might actually appear to be impossible by conventional standards. For example, in 2007, Lewis Pugh swam a kilometre in the Arctic Ocean at the North Pole. It took him 18 minutes and 50 seconds. Conventional wisdom tells us that hypothermia takes effect when our body temperature drops below 35 degrees Celsius. The water temperature at the North Pole for Lewis' swim was 1.7 degrees below zero! That's impossible, right? If you think that sounds bizarre, John Evans balanced a car (yes, a real live 159kg Mini Cooper) on his head for 33 seconds; no hands. Amazingly, it's a Guinness World Record, not an April Fool. On 30 April 2008, David Blaine held his breath underwater for a world record breaking 17 minutes and 4.4 seconds, live on the Oprah Show. Wow!

I wonder how many of the world's great inventors or creators have heard the words, "it simply can't be done", or "that's impossible, you'll never do it, you're wasting your time". Did anyone ever tell Thomas Edison that perhaps, after 9,000 failed attempts, he ought to give up on this daft 'light bulb idea' of his? The history of the world shows us countless examples of people who have been the first to break new ground. These people have turned the 'impossible' into the 'possible'. I am sure that they were also told they were insane for attempting their harebrained schemes.

It's tempting to think the people that achieve these things are in some way innately different from us. Maybe they are supremely talented or were born with unique abilities that we don't have. Are they immune to pain, fatigue and discomfort? Perhaps they have a rare form of super-fuel coursing through their veins? Or, maybe they simply think differently to us. Is it possible that they also set goals differently to most people?

While listening to them, it struck me that they don't start out by setting SMARTER goals at all. In fact, I suspect that they probably set DUMBER goals: Daft, Unrealistic, Mental, Bonkers, Exciting, Ridiculous. I wonder if Walt Disney followed SMARTER principles when he conceived of the idea to build the Disney World theme park. He decided to take a swamp, several miles outside of Orlando, and invested millions of dollars building a giant fairy-tale princess castle on it. Imagine the conversations that he must have had when he positioned the idea with his bank manager. Apparently he was rejected 302 times when he attempted to secure a loan for Disney World. Does his idea appear SMART? How many people would have described it as 'attainable' or 'realistic'?

The same could be asked about President Kennedy's goal to put a man on the moon, or Martin Luther-King's goal of equality for black Americans. But the mind-set doesn't just apply to globally historic events. Which of our genuinely life-changing goals are SMART and which are a little DUMB?

Just for interest, which one sounds more engaging to you? Which one is more likely to ignite your passion?

I have also reflected on my own thought process while taking on a significant challenge. Interestingly, I found a pattern when I attempted a challenge that seemed 'mammoth' and 'daunting'. Ironically, it struck me that I was engaged in a form of 'SMART' goal setting. I was breaking down my challenge into 'specific', 'measurable', 'achievable' and 'realistic' chunks. Maybe I had been too hasty in judging those SMART goals after all. Perhaps there is a place for both the DUMBER and the SMARTER processes.

Is it possible for SMARTER and DUMBER goal setting to live happily together? Can we have 'daft'. 'bonkers' and 'unrealistic' goals as well as 'specific', 'measurable' and 'achievable'?

What if our 'why' was based on DUMBER goals? What if our imagination was allowed to run wild, in the way that Walt Disney's mind did when he conceived the idea for his fairy-tale princess castle in the middle of a swamp? If we let our mind run free, without the need for sensible, SMART thinking, what would we dream up? How exciting would that be? Once we have our DUMBER goals, we need to find a way to help us get there. Maybe this is where those SMARTER goals could come in handy. Maybe they help us with the 'how'.

SMARTER goals might be a way of helping us to understand each of the steps takes us towards achieving our aspirations.

DUMBER goals may be the way to make sure we have dreams worth achieving.

This article appeared in our March 2014 issue of The Actuary.
Click here to view this issue
Filed in:
03
Topics:
Risk & ERM