Firing on all cylinders

Famed for his caustic comments on The Apprentice, Nick Hewer is on a charm offensive when The Actuary catches up with him. In a wide-ranging interview, he tells Deepak Jobanputra why actuaries should be everywhere 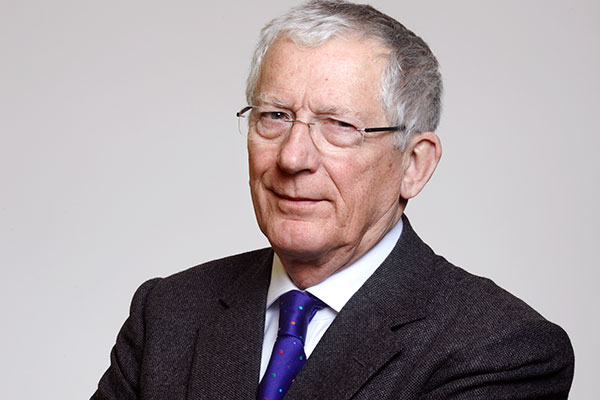 Nick Hewer admits to being pleasantly surprised as he mingled with students at the Institute and Faculty of Actuaries' Momentum conference. Asked to speak at the event, Hewer expected to come across a group of "dome-headed" mathematicians.

"How wrong I was," the Countdown presenter and assistant to Lord Sugar on The Apprentice tells me. Having never met an actuary before, Hewer didn't know what to expect. But he was surprised to come across delegates who were young, lively and entertaining.

It's fair to say that Hewer, who is renowned on

The Apprentice for his eye-rolling and critical comments, is also not quite what I was expecting. Relaxed and chatty as we meet in his suite at the Celtic Manor resort in Wales, he exudes energy and youthfulness. He's at the tender age of 69, but gives the impression of someone in his fifties.

Hewer came late to TV following a successful career in PR. Having joined The Apprentice from its first series in 2005, he succeeded Jeff Stelling as the host of Countdown in 2012 and has appeared on programmes such as Have I Got News for You, Room 101 and Who Do You Think You Are?

We discuss how actuaries can overcome stereotypical views and how the profession can use PR to become more influential. And, of course, he gives me an insight into working with Lord Sugar and whether he practises his famous facial expressions.

What was your expectation when you were invited to speak to actuaries?

These were the first actuaries I'd ever met and I was quite daunted by the prospect. I was expecting a highly aloof group of individuals - a stereotype often associated with very bright people who struggle socially because of their mighty brains. The general view of mathematicians is that they recede into themselves and can be uninteresting. But I was pleasantly surprised with the group. These young actuaries were charming, amusing and ebullient. There was clearly a lot of talent beyond the actuarial skills -

there was confidence and great communication skills being displayed.

How can we change the stereotypical view of actuaries?

There is a great opportunity for members and the profession to modernise. There needs to be a stronger promotion of actuaries across wider society with a programme for change. Why would BBC's Newsnight want someone like me sitting across from Jeremy Paxman talking about pensions? Yet that's exactly what happened. Actuaries are clearly better suited to such topics. What is required are figureheads from the membership to put themselves forward. This could be massive - actuaries are incredibly bright and credible. You should have an actuary on hand for every topic, every newspaper, every TV programme to give the expert view. Strong PR and marketing can really make a big difference in promoting the 'actuary' brand.

What advice would you give younger actuaries to be successful?

I would suggest they volunteer for anything. It is critically important to get noticed and to gain experience. There is also an element of luck and timing and, hence, getting involved in lots of different areas can increase your chances of success. Getting to the top requires dedication and a huge amount of focus on goals. There is also the need to deal with difficult decisions and some of the politics that come with business. What I believe makes a strong and effective leader and one that tends to avoid the politics is the 'servant leader' - someone who emerges in a group and is not appointed nor forces their way to the top. They prove themselves to have strong ability and people believe in them. They don't pose a threat to the people around them and are highly collaborative. This type of leadership requires patience. Given the cerebral nature of actuaries, this would make a good route to success.

Tell us about your own success

I wouldn't say I have been successful for myself. I have never been money-focused and that was never a driver for me, though I have always been profitable with my PR business that I started in the 1960s. I'd say that I have been successful for my clients. My aim was to be 'unsackable' by the age of 30. I always had a fear of being replaced over time; as we age there's always that risk that the next generation will come in at a much lower price. This was a key influence of me starting my own business. I'd say that if success did come at any time it was when I'd started employing people and taking responsibility for them and making money. Moving into television was big and gave a huge boost to my confidence.

What can actuaries learn from this?

Are they held back from the front-office crowd? Actuaries can be more than actuaries - sales, marketing and PR are just some areas in which actuaries can lead. Public speaking is great for growing confidence. It doesn't apply uniquely to actuaries, as we know from that famous saying that people would rather be burgled than speak in public, but there's a lot of development to be gained from public speaking - not least of all in reducing burglaries! Get actuaries on TV and in the papers because in many ways you are futurologists. The future is all about trends and that's what businesses are looking for to be successful. Good God, you guys should be everywhere! 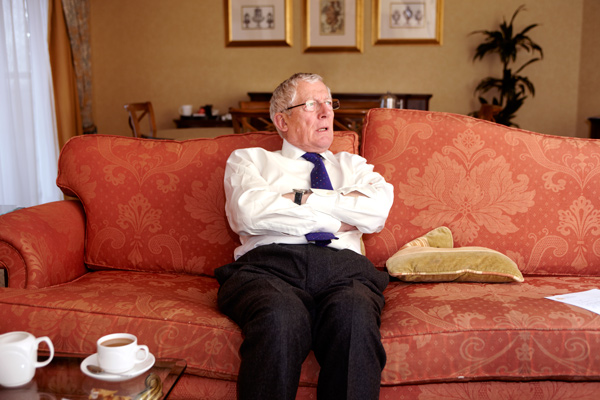 What's the secret to surviving in The Apprentice boardroom?

It is a scary experience for most candidates, and that's because it is a life or death situation - it is about survival. Everyone is best friends outside of that room, but when it comes to the boardroom it is dog-eat-dog and, of course, it is encouraged because it is television. It happens in real life too, but in a much gentler fashion; when the results aren't good, someone has to take the responsibility. The candidates are very decent folk and some are very focused and obsessive about business. Since the prize has become an investment in a business idea, the winners are all making money. They have people working for them, which is very positive.

How would you describe Lord Sugar?

It is great working for him. He can be very tough and very demanding, but he is fair. Honesty, loyalty and integrity are incredibly important to him. If anyone crosses any of these they're out. He is clearly very bright and very fast with it. There are times when we think he'll be wrong but he is always proved right. He seems to be wired differently to most. He is always looking to the future and his timing is exceptional. He is always thinking, never stops, and is always calculating and calibrating. Maybe he should have been an actuary. He was the first into PDAs and they had voice and handwriting recognition. He was spot on with word processors, PCs and probably the last businessman to make money in football.

You are well known for your unique facial expressions - do you practise these?

I must have one of those 'mobile' faces. Nothing is re-shot; the television crew are everywhere and they catch everything, particularly my reactions to the often naïve actions and statements of some of the inexperienced candidates. Body language and facial expressions are clearly important in communication. It's knowing how best to use them and when. The hardest part is not showing any of it. For example, in a hard negotiation having the ability to give nothing away can make the difference between winning and losing.

Education can be a valuable attribute for individuals and society. Does Countdown help support interest in education?

We are very proud of Countdown. It is surprisingly one of the few game shows that has no real prize. It is intellectually very tough and the core audience are students, children and a lot of older people. The timing of the show isn't ideal at late in the afternoon and I'm sure it would be more successful at a later time slot. I believe the programme does promote literacy and numeracy skills and really gets people thinking. We are dazzled by the contestants and I'm sure actuaries would do incredibly well, particularly at the numbers game. Interestingly, we get a lot of contestants who are good at both the numbers and letters games. It could be so much more powerful with increased reach. I hope it is helping our audience to sharpen their thinking skills.

What future trends do you anticipate?

Technology will clearly continue to develop and become an even more important part of our lives. You clever folk use past data to predict future behaviours. You should promote this more strongly and show the positive effects on society. The other big shift I anticipate is more working from home and for it to become more acceptable. We're already seeing this happen, but I do think the next generation will embrace it more strongly. The current issues that exist and may last some time are access to credit and investment - this does make it hard for the next generation. The trend that I'd like to see reversed is the dreadful cult of drink and obsession with celebrity, which can be very damaging. That's not something you bright actuaries would fall for.

This article appeared in our March 2014 issue of The Actuary.
Click here to view this issue
Filed in:
03
Also filed in:
Interviews