Get real with ESGs 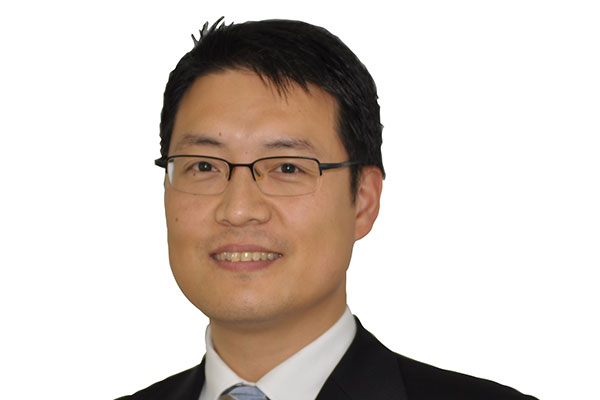 Solvency II is expected to come into effect in January 2016, and insurers who are not already doing so will be required to calculate a Solvency Capital Requirement (SCR). This is, in a nutshell, an answer to a 'what-if' question, namely, given the current mix of assets and liabilities, how much of a loss would be incurred if a 1-in-200 adverse event were to happen in the next 12 months?

The internal model approach to answering this question involves generating a set of scenarios to represent possible states of the world, and revaluing the balance sheet under each. This is where 'real-world' economic scenario generators (ESGs) come in. From here, they can be used to gain insight into other risk management type questions. For example, if an alternative hedging or risk management method were to be implemented, how much residual risk would remain? Having a set of scenarios also gives us a means to assess how extreme a given stress scenario is, and help to identify which of the worst-case scenarios is most likely to cause the current business plan to become unviable. This is the so-called reverse-stress testing.

? Equity return distributions are not symmetric and exhibit fat tails

? Changes in salary inflation usually follow changes in price inflation with a lag

? Implied volatilities reflected in option prices are in excess of realised return volatility exhibited by equities

? Correlations between different economic time series are higher during periods of stress

The choice of appropriate stylised facts depends on the required timescale of the scenarios, for example, one-year or multi-year. In the case of one-year, certain stylised facts are not relevant, such as the existence of long-term mean reversion.

Joint behaviour of economic variables is a particularly important part of real-world ESGs. For a one-year period, the simplest approach is to set a correlation matrix to impose joint behaviour. A correlation matrix, however, has to meet stringent mathematical conditions. Many participants use copulas, which can have good mathematical tractability and desirable characteristics under extreme scenarios, where economic variables have been observed to show more correlated behaviour than under more normal circumstances.

For the purpose of projecting scenarios across multi-year periods, the well-known Wilkie model and TY model adopt a waterfall-like structure between different parameters to define narrowly how a given economic variable influences other economic variables, hence establishing dependency between them. The diagram (right) shows a simplistic representation of the waterfall structure in TY, with price inflation as the underlying variable.

Because real-world ESGs are based on stylised facts, they are not directly determined by market prices and consequently, they are not market-consistent. In particular, real-world scenarios are usually not 'arbitrage-free'.

Using real-world ESGs to enable the calculation of SCRs arguably offers a more accurate means of risk modelling than other existing methods, such as stress testing. Insurers using the methodology should be able to better understand and manage the risks they are carrying in their business. Internal model usage under Solvency II is conditional upon a number of regulatory requirements being satisfied, and real-world ESGs in particular carry a number of issues to be aware of.

Real-world ESGs are subjective as they depend on the choice of stylised facts and model parameterisation. Simplistically speaking, the output of real-world ESGs may be likened to a type of economic forecast. How can the users of ESG output place trust in them? Would actuaries who run ESG models be just as susceptible to psychological idiosyncrasies that have been detailed by the field of behavioural finance? There are mainly two defences to this. The first is the implementation of a robust validation process, which may involve checking goodness of fit, quality of tail dependency and back-testing, and benchmarking, where this information is available. The second is to ensure an appropriate governance structure which monitors and challenges the output of ESGs and also drives continual development of ESGs.

The aspect of calibration brings its own challenges. The obvious one is lack of sufficient data. Life insurers tend to have long-dated policies and may want to generate long-dated scenarios, but often, certain variables do not have sufficiently long enough history (for 1-in-200 year event, we would need 200 years' worth of data) or may not exist altogether. Actuarial judgment may be required which clearly presents parameter risk. The other issue is more operational - it often takes a long time to calibrate ESG models. Life insurers are increasingly required to generate a large numbers of scenario sets. In a survey of 15 firms, the majority of firms have reported to generate hundreds of scenario sets, covering multiple currencies, within a one-year period. Given that most scenario sets require their own calibrations, it quickly becomes obvious how onerous this can be.

Pushing a large number of ESG scenarios through actuarial models can be time-consuming, and the results may not be available soon enough to be really useful. A number of shortcuts have been taken. These include variance reduction techniques, which result in a lower number of scenarios being required for the same level of accuracy, and proxy liability modelling. In the latter case, instead of performing full-scale calculation of liabilities for each scenario, one selects a reduced number of scenarios, and fits a curve to the liabilities based on these.

Even with these and other shortcuts, reporting time will need to be further compressed and managers will need results sooner to make timely business decisions. If risk-based processes supported by ESGs are to become deeply embedded into life insurance companies' business-as-usual processes, it is probable that more insurers will look to adopt grid computing or a cloud-based solution. Alternatively, they may look to ESG providers to help to provide an end-to-end solution.

ESGs originally started off as academic research and found mainstream application. There is now a large industry built around ESGs. The use of ESGs in the life insurance industry is expected to increase due to a confluence of change in the regulatory landscape and life insurers' pressing need to manage risk better in order to improve resilience and shareholder return.

While there are limitations - and some even argue that the misuse of ESG-based models within the banking industry contributed to the credit crunch - they are an indispensable tool for meeting new regulations, as well as for risk management. This relies on the existence of a robust governance framework to provide oversight and drive their continual development.