China has been watching European Solvency II with interest, with the aim of reforming its own solvency regime. Cynthia Yuan looks at the red giants progress 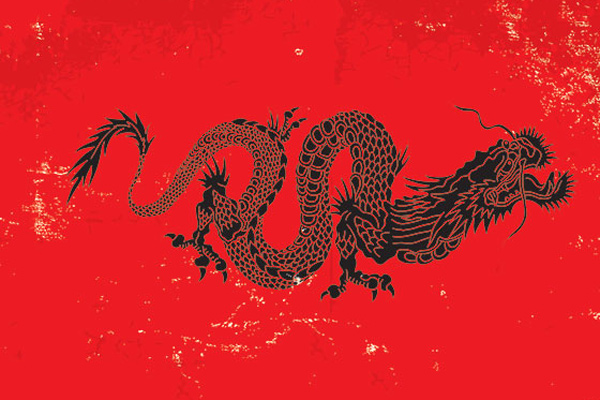 European Solvency II has been a 'sensation' for the insurance industry during the past five years. It has opened eyes, extended horizons and founded a grander playground for insurers. It deployed business areas beyond the traditional actuarial reserving and pricing, and engaged areas such as corporate governance, risk management and business management, inspiring better risk-managed companies.

Many have exerted time and resources to facelift their Enterprise Risk Management (ERM) framework. A lot of good practices have been set that are now industry standard. Consensus has been formed about the basics of good risk management and governance, and internal models have changed management views on risks. No matter what will happen, these changes are here to stay and are irreversible.

However, the implementation of Solvency II is far from slick. Although this risk-based, forward-looking, and balance-sheet-focused regime means well, the introduction of higher required capital and excessive volatility has eroded the confidence in the reformation.

Is this because actuarial theories are too good to be true and cannot fully conform to reality? Or because it is too difficult to truly quantify the risks, which, in a vast and uncontrollable world, actually takes more art than science to grasp?

The Chinese insurance market has been watching European Solvency II closely. Its regulator, the Chinese Insurance Regulatory Commission (CIRC), has launched its own battle to reform its solvency regime. Instead of deriving regulations from scratch, CIRC is trying to understand the rationale behind the European rules and adopting practices that are apt for its own market. For example, Solvency II has the advantage of observing International Association of Insurance Supervisors core principles, which is useful for the Chinese market.

CIRC has already issued a solvency-reforming framework. It has 13 working parties to help with setting the finer details. The first phase includes six working parties focusing on testing the solvency status of companies between the current regime and the Solvency II or risk-based capital regime if implemented. It also sets out to calculate the risk measures for life insurance risks, non-life insurance risks and market risks.

Already, Solvency II has caused much debate and controversy among Chinese scholars, governors, insurers and consultants. All of them have vocalised the need to balance the implementation of the proposed regime in the rapidly growing and emerging Chinese insurance market. Balancing this on such a large scale will be challenging.

Reviewing European Solvency II so far, there are themes the Chinese can learn from.

Solvency II has cost billions of euros so far. This is simply not affordable for Chinese insurers. Some even say that risk management is a luxury. For an emerging market like China, there has to be a balance between what is needed and what it can do without.

To work efficiently, the Chinese regulator needs to grasp the key concepts of ERM and limit its power within a certain scope. Some compliance regulations can be good, but may not be a necessity if the company or the market is still growing and shaping itself.

The mark-to-market principle has introduced excessive volatility in the capital calculation especially for long-term life products. The European market is still trying to find a way to balance the precise measure of risks and the unwelcome volatility. There are similar concerns in the Chinese market causing some actuaries to use the old statutory method to calculate reserves for the Chinese solvency regime rather than adopting the suggested mark-to-market principle.

The current Chinese market's insurance premium volume increases by 10% to 20% each year and product structures are relatively simple. Comparing this to a mature market, the risk appetite of insurers, policyholders and investors in China is high.

It is therefore unjustified to demand high capital requirements because the net cashflow and investment is expected to be positive for years.

In order to learn from these, the Chinese insurance market should consider the following when forming its own Solvency II regime:

? Simplicity is best. Currently the market is still using a formula approach for capturing the capital requirement. While this is not ideal under the proposed regime, it may not be so bad for non-key risks.

? Solvency regulation forms a part of the whole policyholder protection system, which includes the Chinese insurance default fund, government support to certain state-owned insurers, and rating agencies. The level of regulation should consider the entirety of the protection offered by other measures.

? The Chinese solvency regime should balance the different stakeholders' needs, including, but not restricted to policyholders.

? The Chinese regulator should put a regulation down for now and review every three to five years 'given the current speed of market changes' rather than imposing a full requirement now.

Despite the controversy, European Solvency II has reformed the framework of risk and capital regulation significantly. The whole insurance world has changed since

the first directive was issued. China is no exception. The whole landscape of solvency regulation has changed.

From a Chinese prospective, it is hoped that the European Solvency II regime can touch ground soon and be implemented smoothly. This would set good working examples for the rest of the world.