From diplomats and technical experts to risk managers of the new millennium, Neil Ramage looks at the evolution of the reinsurance industry 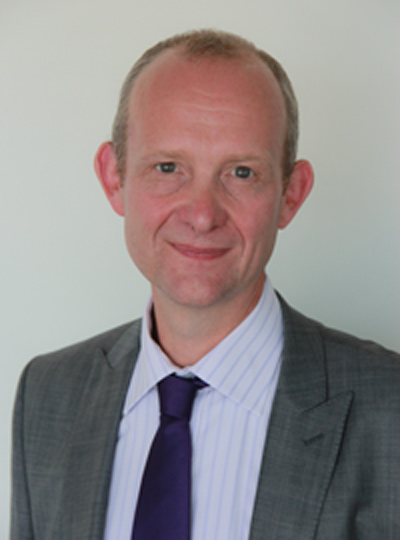 The history of Swiss Re is a good example of how the sector has developed. Founded in 1863, Swiss Re was one of a number of financial institutions established in Switzerland after the adoption of the country's constitution in 1848. As railways were built and agricultural workers flocked to the major towns, further economic expansion needed the support of banks and insurers. As one might expect, it took a catastrophe to drive change in the social attitude to both insurance and risk management: a major fire in the thriving textile industrial town of Glarus in May 1861 highlighted both the difficulties the Swiss insurance system then had in dealing with catastrophic losses and the need to provide additional protection to its insurers. Intensified by warm wind from the Alps, the fire led to losses of 10 million Swiss Francs, resulting in the local cantonal fire insurance system facing payouts five times the amount their reserves held. This catastrophe fuelled the push for a local reinsurance market to stop the outflow of capital from Switzerland, where the money was needed to finance big infrastructure projects.

The head of Helvetia fire and transport insurance, Moritz Grossmann (1830-1910), was the first to formally propose creating a Swiss reinsurer. The Schweizerische Kreditanstalt (later Credit Suisse) and the Handelsbank of Basel partnered in this venture and on 19 December 1863, the charter of the Swiss Reinsurance Company was authorised.

Grossmann hired Giuseppe Besso (1839-1901) as general manager of Swiss Re. Both Grossmann and Besso came from insurance companies located in the city of Trieste and were the formative figures of Swiss Re's early years. Trieste was then regarded as the most international city in central Europe and was part of the Austro-Hungarian empire. As an Adriatic port it was also a hub for trade and thus for insurance, especially to cover transportation risks.

The work and profile of skills needed by a reinsurance professional have certainly changed. Until the mid-20th century, reinsurance was largely a 'gentleman's business': reinsurance professionals traditionally were considered as, and often behaved like, well-dressed diplomats. Over a good dinner they would discuss arts, politics and music with their counterparts from the primary insurers. Only afterwards would they talk business. Reinsurance contracts were then mainly proportional, and much less complex than today - excess of loss per risk or per event then being largely unutilised concepts.

The late 19th and early 20th century witnessed accelerating industrialisation, growing wealth and strong growth in the demand for insurance. Increasing numbers of people formerly living rurally in wider family units moved towards urban lifestyles. They were increasingly living 'at their own risk' in every sense, and with the accumulation of private property came the need to protect newly acquired status - tumbling from a lower-middle class lifestyle to poverty as a result of accident or sickness was an idea that haunted many.

Public awareness of insurance further increased in this period through the popular reporting of catastrophic events, such as the San Francisco earthquake of 1906 and the sinking of the Titanic in 1912. The latter involved significant life insurance claims following the drowning of passengers from all over the world. These were followed by the 1918 influenza epidemic, which spanned the whole globe, killing tens of millions. Events like these not only demonstrated the relevance of insurance but also triggered innovation in the primary and reinsurance markets in the fields of actuarial science and risk diversification.

Two changes in the 1920s and 30s were the increasing importance of asset management and the growing influence of exchange rates - a result of events such as the hyperinflation being experienced in Germany, the Wall Street Crash of October 1929 and the abandonment of the gold standard in Britain and the US in 1931 and 1933 respectively. The stability of the financial markets enjoyed in the period before the first world war was gone.

The prolonged and strong economic boom after the second world war, combined with the advances then being made in technology, created new opportunities for insurers as well as reinsurers: large engineering projects, from factories to bridges, from aircraft to oil refineries, all demanded a new level of industry expertise and risk management. Reinsurance companies were able to utilise their capacity to reinsure these risks both in collaboration with its insurance clients and directly with large companies. If reinsurance had been a diplomat's business prior to this period, it was increasingly becoming a technical expert's domain.

What had remained unchanged and still remains unchanged to this day however, is the underlying value of reinsurance: strengthening societies' resilience to all kinds of risks, from hurricanes, earthquakes, epidemics, floods, droughts to ageing and demographic change.

One example of this resilience is traffic safety: in the 1960s and 70s motor insurance was a source of losses for many insurers and reinsurers alike. Legal alcohol driving limits were much higher than today, driving behaviour was much riskier and safety technology consisted mostly of a - largely unused - seatbelt and having a large vehicle. As a consequence, claims levels were high. In comparison, and not least due to the joint efforts of insurers and reinsurers, the picture is markedly different today. Driving has become much safer, witnessed by the annual death toll on British roads declining from close to 8,000 in the 1960 and 70s to below 2,000 now.

In the 1980s and 90s the idea of 'packaging and transferring' risks became more widespread. This accompanied the strong growth of the life and health reinsurance business and the wider development of global financial services markets. Property and casualty operations were also becoming much more globalised. Well-capitalised global reinsurers were well placed to service the ever more sophisticated and complex needs of the primary insurance market, acting as wholesale managers of both capital and risk.

One of the innovations from this period was the issuing of Insurance Linked Securities (ILS). Indeed, with the increasing appreciation of the importance of both risk management and access to the respective skills and expertise, reinsurance entered its third phase. Today, ILS provide one of the most important tools from which innovative solutions can be found to meet many of societies' risks. For example, 'cat bonds' help countries transfer their natural catastrophe risks.

Despite the major transformation in the scale and scope of risks reinsured over the past 150 years, much of today's reinsurance market would still be recognised by Besso and Grossmann: The importance of diversifying the portfolio by product and geography, maintaining prudent reserves, skilful asset management, careful assessment of the underlying core risks and deep and long-lasting client relationships. As the industry has evolved from the diplomats of the 19th century, through the technical experts of the mid-1900s, to the risk managers of the new millennium, these basic tenets have remained true throughout.

Neil Ramage is head of life and health products for UK, Ireland and Africa for Swiss Re. Swiss Re celebrates its 150th anniversary in 2013.

This article appeared in our September 2013 issue of The Actuary.
Click here to view this issue
Filed in:
09
Topics:
Reinsurance