Can actuaries make a valuable contribution to sustainability projects? Louise Pryor and Tracey Zalk talk to four actuaries who are trying to make sustainable sense of the future 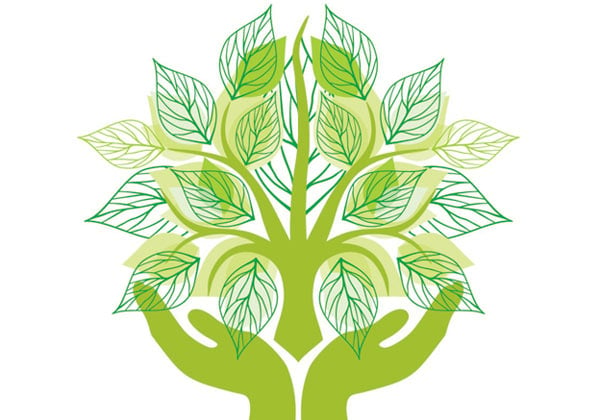 Nuclear clean-up, carbon capture and electricity generation aren't necessarily the first fields that would come to mind if you were asked what actuaries do, but at a networking event organised last autumn by the Resource and Environment member interest group, we discovered that actuaries are working in all of them. We wondered how and why traditional pensions and insurance actuaries get involved in sustainability, and spoke to four of them to find out.

David Comerford, now studying for a PhD in economics, originally qualified as an actuary in 2006 and worked in the insurance sector. He believes that the primary challenge in the sustainability field is creating a policy framework capable of giving consumers and investors incentives that address the problems caused by resource constraints and environmental issues. He thinks that groups of individuals, companies and professional bodies, like the Institute and Faculty of Actuaries, have a role in arguing for this policy framework to be put in place.

This is a sentiment with which Claire Jones wholeheartedly agrees. Jones previously worked in pensions for Lane Clark & Peacock, and is now sustainability and economics manager at the Institute of Chartered Accountants in England and Wales (ICAEW). ICAEW has been active in the sustainability field for about 10 years, recognising both its importance for the work that accountants do and the influence that accountants have on social and environmental outcomes.

Sustainability issues are too often seen as concerns for other people, she suggests. Part of the problem is caused by gaps in background knowledge. For example, business and finance specialists may know little about ecology, so they often do not appreciate just how much businesses and society generally depend on the natural environment. She is particularly concerned that neo-classical economic models are inadequate when considering environmental factors. For example, the efficient market hypothesis relies on an assumption of perfect information, which is clearly a 'nonsense' in this field, given that most investors have only a limited understanding of environmental risks.

Gail Tverberg, an environmental blogger and former insurance actuary, has similar concerns. Tverberg highlights the implicit assumption that the economy is independent of the physical resources that underlie it, and the resulting expectation that the economy can continue to grow in spite of physical resources becoming increasingly difficult and expensive to extract. She thinks the financial situation could go downhill quickly, in ways people have not been warned about, and predicts that most people will never make the connection with resource limits.

Chris Gingell, who of our four interviewees is probably the closest to a 'traditional actuary', is also concerned about the political challenges - the difficulties governments have in investing in and supporting long-term schemes and the effect that the resulting regulatory uncertainty has on other investors. Gingell works for the Willis Global Solutions Consulting Group and has clients in the energy industry. He says that, although he doesn't keep his actuarial background hidden, "there's always a danger that a client might assume an actuary wouldn't understand their industry because 'it's nothing to do with pensions'."

All four actuaries find the thrill of working on new and uncharted projects in sustainability a major factor in their enjoyment of their work. As Gingell wrote in the February issue of The Actuary, he's involved in Climatewise, the insurance industry's leadership group to drive action on climate change risk. He has also worked for a number of upstream oil and gas companies to enable them to understand and quantify their exposure to an offshore environmental catastrophe - a fascinating opportunity to apply actuarial techniques to new fields.

Tverberg has found that her audiences are much more diverse now she's concentrating on sustainability. "When I went to China," she says, "a researcher put on a symposium with Chinese leaders. It was interesting to realise that they were reading the same literature and following the same (erroneous) lines of thinking regarding our current situation as US leaders." Another event that stands out for her was being on a panel in Barcelona in front of 200 high school students. They asked very direct questions about how resource limits would affect their future, and she says "we had to come up with something that would not completely scare them to death".

Jones is enjoying audience diversity too, as well as the feeling that her work may make a difference. Her MSc dissertation identified areas for improvement in a model used for allocating carbon emissions to consumers (rather than producers), and has resulted in changes that will feed into advice given to government. With the ICAEW's broad reach, she feels she has a real chance of influencing thinking.

Like the others, it's partly the opportunity to influence that excites Comerford. He believes that this field will dominate the policy agenda over the next 50 years and beyond. "It's a good place to be professionally, as those who engage early with these issues will be seen as expert once it becomes apparent to everyone that climate change and resource constraints are the defining issues of the age."

Lastly, we were interested to know whether being an actuary was a help or a hindrance. Tverberg is clear that her actuarial experience is appealing to clients: "I am very upfront about my actuarial background. I was first known in my internet writings as 'Gail, the actuary,' and am still known by that name on one website."

She believes she stands out from other analysts by not starting with preconceived ideas, and is known as someone willing to investigate any possible lead. She also says that after writing so many client reports, developing graphical ways of presenting information is a doddle.

Comerford, on the other hand, says his background is pretty much irrelevant in academia, although his colleagues are amazed at what he can do with Excel. But his actuarial experience influences how he thinks about issues and how he approaches the modelling of problems.

Similarly, Jones definitely draws on the skills and experience she gained as a pensions actuary, although she suspects it's not obvious to others that she's doing so. She tends to mention that she's an actuary, "not least because otherwise people assume I'm a chartered accountant and I don't want to mislead them". For her, a key challenge is communicating sustainability information in a way that is useful to the target audiences and that conveys the associated uncertainty and the limitations arising from the data and methods used - a familiar task for mainstream actuaries.

Gingell says that quantifying downside scenarios has been the realm of engineers or economists, who often rely on point estimates and worst-case scenarios. "The stochastic modelling skills actuaries can deploy allow organisations a far deeper understanding by showing the relative likelihood of different scenarios occurring."

So, there's clearly no single way of getting involved in the sustainability area. Some actuaries get there through radical changes in career direction; for others, it's simply part of their usual actuarial work, or a natural development from it. Indeed, as the recently published research project on 'Limits to Growth' points out, resource and environment issues are implicit in all areas of actuarial work.

The four actuaries we spoke to see this as an area in which they can make a difference, and one in which there is a major long-term challenge of which many people aren't fully aware. Could actuaries have an advantage because we are accustomed to thinking about long-term risk and uncertainty? Or is actuarial reliance on data a handicap when there's no data to rely on? Either way, it's an exciting area to be in.

Chris Gingell models general insurance risk for the Willis Global Solutions Consulting Group. He says that resources and environment matters are increasingly important to his clients, many of whom are energy and power companies wanting to make decisions on risk transfer. Some are concerned about the risks of damaging the environment, or of new technologies such as carbon capture or fracking, while others are considering how to hedge liabilities from new regulatory regimes.

Gail Tverberg, who also comes from a general insurance background, is an independent researcher and blogger (http://ourfiniteworld.com) specialising in the resources and environment field. She is particularly interested in how living in a finite world affects us; how dependent we are on fossil fuels; the connection of the economy to fossil fuel use; the relationship of debt and wages to oil prices; and what has happened in the past to economies facing similar challenges.

Claire Jones started out as a pensions actuary. She became increasingly aware that the market-based assumptions she was using in her day job did not adequately reflect the effect that changes in the environment would have on financial and economic systems, and went back to university to study an MSc in sustainability. She is now the sustainability and economics manager at the Institute of Chartered Accountants in England and Wales.

David Comerford, who worked as a life actuary, is currently finishing a PhD in economics at Edinburgh University. The resource and environment area is of long-standing interest to him, and he says it was the obvious choice when choosing research areas for his PhD. He studies potential barriers to investment in low-carbon infrastructure, such as the possibility that imposing climate targets would cause a collapse in asset values.

This article appeared in our June 2013 issue of The Actuary.
Click here to view this issue
Filed in
06