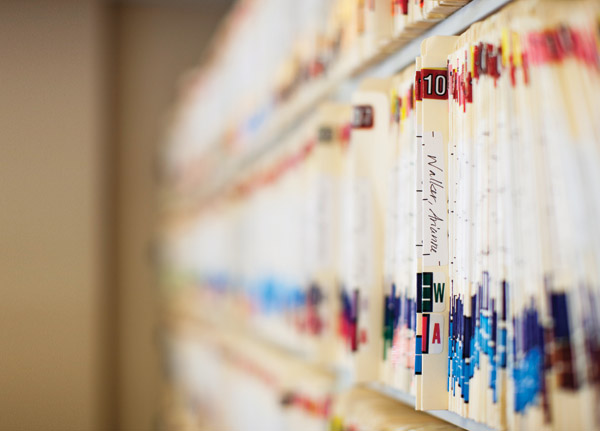 Underwritten annuities have revolutionised the insurance industry in the UK by extracting the most out of available information by combining existing life underwriting manuals and the underlying experience, disease-specific cohort studies, patient medical records and the expert knowledge of our chief medical officers. We have even been able to splice together experience in a common calendar year from diagnoses that occurred in different years in the past to produce the most up-to-date assessment of the additional mortality associated with different conditions.

However, the journey is not yet complete. Our expectations for underwritten annuities are still based on assumptions of aggregate mortality improvement, such as those developed from the CMI Mortality Projection Tool. Perhaps this could be viewed as a reasonable approximation, particularly as the proportion of people receiving underwritten annuities increases, but it is not making the best use of the information available to us.

For example, patient medical databases, such as the General Practice Research Database, can give us an insight into specific conditions. In the case of heart conditions, we can know the percentage of individuals with a prior history of heart attack who are currently being prescribed ACE inhibitors and statins to manage their blood pressure and lipid balance and how this changes over time from diagnosis. At the same time, we have guidance from the National Institute of Health and Clinical Excellence (NICE) and other bodies on what patients should receive.

We have insights through global clinical trials as to the progress of new treatments that could further enhance our ability to treat cardiovascular and other diseases. We also can learn from those treatments that have fallen by the wayside, either because they proved less effective than existing treatments or because of unexpected side effects.

We all know that the future is uncertain. The temptation is to step back and to take refuge in aggregate projections of the future. I would argue that we should do exactly the opposite.

In 2012 the World Economic Forum produced a treatise into the challenges and opportunities that we are faced with because of global ageing populations [1]. One of the chapters on medical education that I co-authored with John Wilden, CEO of Global Health Futures, highlighted that the focus on elderly populations - and particularly on clinical management of those with multiple co-morbidities - was insufficient and even neglected in many countries. New strategies are needed to train the doctors of tomorrow. The future will be different to the past.

Those of us who are interested in predictions of life expectancy need to understand the many different possibilities where further enhancements in healthy life expectancy could occur. This is going to take an enormous collective effort. However, there are efforts under way. Dr Cathy Prescott, chief scientific officer at the Till Group and director of Biolatris, is a strong advocate of the potential for regenerative medicine to extend healthy life expectancy, and brought together a group of interested individuals from Cambridge Econometrics, Club Vita, Munich Re, SCOR and Swiss Re to better understand the interest of the insurance industry and to model the potential impact on future mortality experience. This has now led to a working party at the Institute and Faculty of Actuaries with a primary focus on developing a predictive multi-state model of diabetes and resulting complications that can quantify the potential benefits of regenerative medicine.

Diabetes is also a key condition for underwritten annuities. In a series of presentations to actuarial groups in 2012 and 2013, John Wilden and I used diabetes to exemplify how future innovations should enable us to move from a remedial state of medicine, where we manage the disease and its complications, to the possibility of curative medicine, where we treat before symptoms are apparent. This is precisely the information that we need to understand if we are going to develop appropriate predictions as to how future mortality will change.

Diabetes is a rapidly developing global problem with huge implications for healthcare costs. The number of people with diabetes across China, India and the US alone is expected to increase from 70 million to 150 million between 2000 and 2030.

Type 1 diabetes is characterised by a lack of insulin production and is an autoimmune disease that is first seen in children or young adults. Treatment might be possible if this immune response could be suppressed. However, widespread suppression can lead to infection and other complications. A study [2] that is expected to be completed in September 2014, is investigating whether the particular T cells that are responsible for the immune response in type 1 diabetes could be removed using a stem cell educator. This targeted modulation of the immune response could have applications for other autoimmune diseases, such as preventing the demyelination of nerve fibres that is seen in multiple sclerosis.

There are two types of cells in the pancreas that are relevant to treating diabetes. The beta-islet cells produce insulin that promotes the uptake of glucose. With type 1 diabetes, these islet cells are destroyed by the immune system. The other type, the alpha-islet cell, produces glucagon that promotes the release of glucose from cells, and particularly from the liver. Our modern eating patterns as compared to those that shaped our evolutionary biology mean that we effectively have an oversufficiency of alpha islet cells.

Another treatment possibility would be to produce an artificial pancreas that could boost insulin production but was somehow protected from the immune response. Viacyte has developed a capsule that develops its own blood supply after being implanted. This creates a safe environment for cells to differentiate and produce an additional source of beta-islet cells that will produce insulin in response to changes in blood glucose. This technology, Enceptra, will be evaluated in a phase 1 trial in the near future.

So far, the strategies that we have focused on to treat diabetes restore insulin production. Many individuals with type 2 diabetes successfully manage their condition through dietary control. Two separate research streams from Harvard Medical School have suggested that there may also be ways to increase our metabolic rate and to burn off excess calories [4] [5]. The first stream is concerned with the discovery that a significant proportion of adult humans do not lose their brown fat, and that these cells are activated by small drops in temperature and use fat as a fuel to maintain body temperature. The second stream builds on the recent discovery of the hormone irisin, which is produced by muscles in response to exercise, and demonstrates the link between bursts of activity in young athletes, concentrations of irisin in the blood and the production of ATP to fuel further activity.

The above is by no means an exhaustive list of diabetes research. I have not delved into the world of nucleic or mitochondrial DNA manipulation and expression. The key point is that we should move away from aggregate mortality improvements to those that focus on developments that will apply to a group of policyholders with a particular disease.

Such an approach will leave us with two questions. First, to what extent will policyholders embrace new recommendations from doctors regarding healthy living and treatment that moves away from the classical pharmaceutical model? Second, what are the drivers to improvements in mortality experience in the 'healthy' population?

I would suggest that the answers to all these questions can only be resolved through research collaboration within and outside the insurance industry, and even then it will be a long road. For those actuaries that join, be prepared for a thrilling rollercoaster ride.

This article appeared in our April 2013 issue of The Actuary.
Click here to view this issue
Filed in
04
Topics
Health care