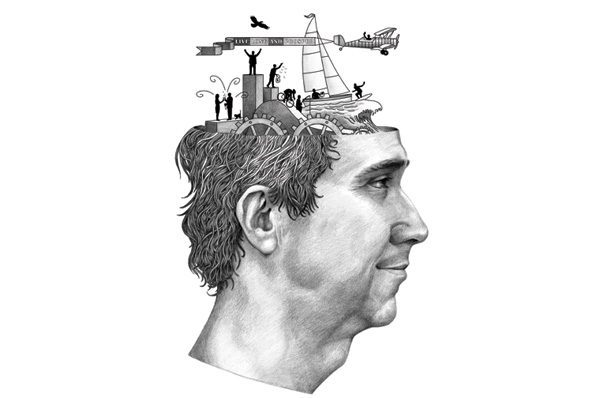 Actuarial assessment of impaired or enhanced annuities focuses on specific medical conditions or lifestyle factors that reduce life expectancy. The assessment of negative health conditions that hasten death offers an important but still rather narrow perspective on mortality. This assessment could be broadened to include positive human factors that sustain and extend life, and help to make individuals resilient. Depending on these positive human factors, the lifespan of two relatively similar individuals may vary significantly.

With engineering systems, safety analysis traditionally focuses on the risk of things going wrong. But a modern supplementary approach focuses instead on what keeps systems functional. This is resilience engineering [1]. A tenet of resilience engineering is that a system is safe if it can adjust its functioning prior to, during, or following changes and disturbances, so that the required operations are sustained under both expected and unexpected conditions.

Air safety is not just about what can cause a plane to crash; it is also about the capability of the pilot to keep a plane airborne. Similarly, human longevity is not just about pathology and frailty, but is driven also by cognitive, psychological and social factors that keep people advancing purposefully through life. These basic human resilience factors supplement the physical health factors that have been elucidated over the past half-century, starting with the classic longitudinal Framingham heart study in the US. Yet health-related information from prospective underwritten annuitants rarely extends to gauging their state of cognitive and social functioning or positive well-being.

Fortunately, a number of longitudinal studies of cognitive, psychological and social factors have recently been published. For example, in 2011, a University of St Andrews paper quantified the 'widowhood effect' on mortality risk. Using mortality statistics from the Scottish Longitudinal Study of 58,000 married couples, the paper found that the risk is highest shortly after widowhood, but remains raised for at least 10 years.


Mental health or no health

Mental stimulation, such as reading and conversation, is important for maintaining cognitive function. Brain training studies show that the cognitive biological age of an individual can be lowered in relation to chronological age. Keeping psychologically fit through mental activities leads to improved cognitive health in old age. Brain plasticity research by Californian neuroscientist Michael Merzenich has demonstrated that cognitive age reduction is achievable even for older people with mild cognitive impairment.


It pays to stay positive

Positive psychology is the study of human flourishing, and focuses on personal traits such as well-being and happiness, rather than on problems, which is what people tend to think psychology is all about. Like a resilience engineer, a positive psychologist concentrates more on what is going right than wrong.

Positive psychology was founded by Martin Seligman just 15 years ago. Researchers of positive psychology have demonstrated that positive characteristics or feelings, and purpose in life, help people to live longer. Positive feelings are especially beneficial for the longevity of pensioners, and it is hardly surprising that the will to live is a strong predictor of survival among older people.

While it is clear that happiness is a good predictor of longevity, research to explain the causal biological connection that links well-being with longevity is still ongoing. Significant cardiovascular protection seems to be achieved by satisfaction with life. Evidence connects major stressful events to physiological changes: stress induces cellular resistance to cortisol, reducing the body's ability to regulate inflammation. Laboratory studies by Elizabeth Blackburn, the 2009 Nobel laureate, have advanced the hypothesis that stress affects health by modulating the rate of cellular ageing.

Isolation is a powerful risk factor for poor health. In the US, a MacArthur Foundation study of successful ageing showed that friendship is a key factor in keeping older people active and emotionally secure, even in advanced old age. The mortality of any older individual is contingent to some extent on the survival of at least one peer. This implies that a single life annuity has some characteristics of a joint life annuity. Members of communities that are noted for their longevity both work and socialise together in a close-knit fashion that helps to reinforce good habits and behaviour. Sustained engagement in social and productive activities is central to healthy ageing, and is ingrained in the most long-lived 'Blue Zone' communities around the world, which are celebrated for their number of centenarians.

Social support can buffer some health-related effects of ageing. There are two main kinds: emotional social support and hands-on care. The latter can be essential for basic survival. Emotional support encourages a sense of being cared for, esteemed and valued by others. It is especially needed to get through serious illness and difficult treatments, just as a financial reserve may be. Measuring resilience

Using methods developed in insurance risk modelling for property and casualty insurers, a grade index scale can be defined for each of the three resilience variables: cognitive, social functioning and well-being. From a meta-analysis of the published longitudinal studies, index values can be associated with hazard ratios. Collectively, the three resilience variables define a vector resilience metric that can elucidate key aspects of mortality for annuity underwriting.

Mortality convergence, for example, is partially attributable to compositional effects: time selects out a resilient sub-population, with a levelling in the observed mortality at higher ages. Surviving resilient annuitants will tend to be functioning well cognitively and socially, have a purpose in life and a positive sense of well-being.

Accordingly, the mortality rate observed among surviving annuitants at advanced age should exhibit significantly greater degrees of convergence. The older people become, the more their survival depends on resilience.

Demographer James Vaupel first introduced the concept of a population frailty distribution to represent the tendency of frailer people to die younger. There is a strong correlation of frailty between generations, reflecting its core genetic basis. Focusing on survival rather than death, and data-mining the domain of social psychology, we can now define a resilience distribution to reflect the marked population variability in cognitive and social functioning and well-being.

Annuity underwriters may have intuitively appreciated the significance of these human factors. However, lack of evidence would have inhibited efforts to incorporate them into pricing algorithms. Now, in conjunction with available experience data, these factors can be taken into practical consideration to refine the pricing of underwritten annuities.

Dr Gordon Woo is a catastrophist at RMS LifeRisks.

This article appeared in our April 2013 issue of The Actuary.
Click here to view this issue
Filed in
04
Topics
Life insurance