Women in the profession

Kathryn Morgan looks at the progress made by women actuaries over the past 90 years and considers whether they should be taking a more active role in the profession today. 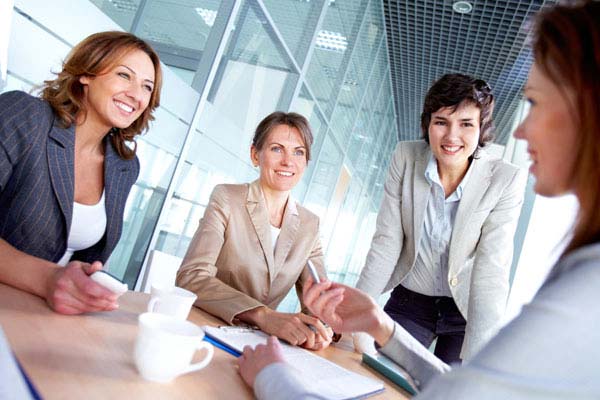 It is nearly 90 years since the first woman actuary qualified in the UK. The profession has 2,500 female Fellows of the Institute and Faculty of Actuaries, making up nearly 23% of qualified actuaries. Students are 37.5% female and just over 40% of new entrants to membership are women. We clearly have an increasing proportion of women in the profession and there are eight women among the 32 Council members, the highest representation ever. We've come a long way, baby!

Let's look at their aims.  They had two primary goals.  The first was to provide an opportunity for women actuaries - and women students - to get together and exchange views with a view to counteracting any loneliness a woman professional might feel when working in what was a very male environment.  Remember that the tea parties were started in 1954, when there were very few women actuaries.  The founders acknowledged that attendance at sessional meetings or SIAS meetings might be uncomfortable if a woman didn't know anyone.

The second aim was to not be something - to not be a women's section of the profession.  It was very important to these women that they were part of the profession and equal to any other actuary.  This principle led to events being held on evenings when no full profession events were being held - latterly the Lady Actuaries Dining Society dinners took place on a different evening to sessional meetings in order not to clash with other dining club meetings.

Whilst fulfilling these aims, the founders also took opportunities to build relationships with women actuaries in other countries.  This led to other countries, including Germany, Switzerland and Australia, having similar events.

Alongside this, in his presidential address in 1953 Mr W F Gardner proposed that women members go and talk in girls' schools about actuarial careers.

Can we say that the aims of the earliest women actuaries have been met?

Networking
With so many women in the profession, I would argue that it is unlikely that women feel lonely at work, or uncomfortable in a male dominated environment.  This is one of the reasons the LADS was disbanded in 2011 with a final party at Staple Inn.

But what about sessional meetings?  I attended most of the sessional meetings held over the past year and I noticed two things - there are very few women in the audience, and very, very few presenting papers or speaking.  I have tried to come up with some explanations and have rejected the idea that women might be less confident than men.  This leaves me with a combination of:

>  a lack of women role models at sessional meetings;

>  different priorities for women actuaries compared with men - women may be keener to go home and relax in the evenings.

I wonder if this means the profession should consider the timing and format of sessional meetings in order to encourage a better mix of attendees.

If anyone can think of other reasons for low proportions of women at sessional meetings, please let me know.

As an aside, I am also frustrated by the small number of speakers at sessional meetings - I've chaired two recently, and it has been a real struggle to get people to contribute to the discussion.  It would be interesting to hear from people who attend and choose not speak, and about why they don't - is it intimidating to speak in front of one's peers?  Or is it that the meetings are recorded?  I think we need to be a profession that debates - that is how ideas are refined and perfected.

Another area of networking is actuarial dining clubs.  I am a member of Gallio and the Actuaries Club, so my comments are based on my experience of those.  While there are women members of both, over the last 12 months I have usually been the only female attendee.  Even if I adjust for the lower proportions of women at older ages in the profession, women are under-represented in these forums.  Is the thought of a night out with a bunch of actuaries not exciting enough to attract women?  I'd like to ask the members of dining clubs to look out for new faces and make an effort to make them feel welcome.

I realise that there are many other ways of networking in the profession, but I do consider the sessional meetings as a key area of engagement in and with the profession, as this is the forum for discussion of new ideas.

Women's section
The LADS was definitely not a women's section of the profession. Given my comments above, I wonder whether, if it had been, women would be more vociferous in the profession. There are notable examples of women who have published papers and spoken out (our immediate past president springs to mind), but is the profession missing an opportunity to use all the talent available by not developing more flexible opportunities for engagement?

Encouraging women to join the profession
Do women actuaries go out and talk to girls in schools about actuarial careers?  Do we focus our attention on this?  I'm not aware of any particular emphasis on recruiting women, either now or in the past.  If we are at 40% female entrants we're almost there - in common with the rest of the corporate world we have the same phenomena of disappearing women at more senior levels.

Conclusion
On the whole, the aims of the early women actuaries have been met - there are increasing numbers of women in the profession, we have had a woman president, and 25% of council members are women.

Having said that, I am not convinced that the institutions of the profession are women-friendly. It would be good to work out what women members are looking for from the profession and what might make us more likely to volunteer/speak up.

Finally, I'd like to recommend the actuarial dining clubs as a good night out - yes, they're full of men, often with strong opinions, but the food is good, the wine flows and the quality of argument is excellent.

About the LADS
In 1953 the nine women Fellows of the Institute of Actuaries decided to set up a series of tea parties to encourage conversations between women students and actuaries. These became cheese and wine parties in the 1980s and a special one was held in 1998 to mark the 75th anniversary of the qualification of the first female actuary, Dorothy Spiers.

They also set up a dining club for qualified actuaries that invited speakers, sometimes from other professions.  This metamorphosed into the Lady Actuaries Dining Society in 1985.

The LADS was wound up in November 2011, with a final reception at Staple Inn.  The theme was a celebration of the life of Ada Byron, the first computer programmer.  The attendees recognised the contribution of Monica Allanach, who was the initiator of the dining club and tea parties, and also the first woman member of Council.

This article appeared in our February 2013 issue of The Actuary.
Click here to view this issue
Filed in
02
Topics
Professional