In the first of a series of occasional articles highlighting new research and developments by member interest groups and other communities, Yves Guérard appraises a new report on climate change and its impact on insurance risk 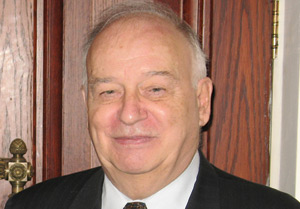 "How climate change will affect society is a complex question. In addition, climate change - given its potential for systemic impact - can dramatically alter the risk management landscape. The Casualty Actuarial Society, the Canadian Institute of Actuaries, the Society of Actuaries, and the American Academy of Actuaries' Property/Casualty Extreme Events Committee have responded to this emerging risk by collaboratively commissioning committees to recommend, support and perform research on climate change and assess the potential risk management implications for the insurance industry."

This is how the background for the research report Determining the Impact of Climate Change on Insurance Risk and the Global Community was described at a recent SOA meeting. The authors are three Canadian scientists involved in a range of environmental activities. One, Andrew Weaver, has been a lead author in the United Nations Intergovernmental Panel on Climate Change (IPCC).

The credentials of the authors and the well-documented scientific contents make this report a highly credible source of information for all actuaries. The global actuarial community is indebted to the four North American actuarial associations for investing time and resources in commissioning this report and in particular to the members of the Climate Index Working Group for providing guidance to the authors. 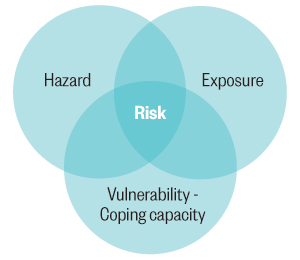 The first part of the report is a review of the latest developments in climate science and the role of the IPCC. It is educational in its approach and easy to read.

The report is targeted at an American audience, where denial of the anthropogenic component of climate change is not rare. Thus the authors were careful in dealing with scientific uncertainty that has been misused to stall action, for example, about smoking, chlorofluorocarbons and ozone depletion. They explicitly state that some existing level of uncertainty is not a reason for inaction, as expressed in article 3.3 of the UN Framework Convention on Climate Change (UNFCCC), to which the US and 194 other nations are parties. The report argues that the use of insurance instruments as means of pecuniary protection is highly resonant with this principle.

After reading less than half of the first four chapters, I was persuaded that even hard-core deniers would have been converted already. However, scientific data continues to accumulate for two more chapters, providing the scientific background for the development of climate indices, namely the Actuaries Climate Change Index (ACCI) and the Actuaries Climate Risk Index (ACRI).

The last three chapters are dedicated to the development of climate indices and risk assessment. The report proposes a definition of risk that "may be estimated quantitatively as the product of separate functions of hazard, exposure of assets and vulnerability".

The formula combines the three functions and would read:

where C is a proportionality constant. The variables H, E and V could reflect time and location. The formula is "modular in the sense that climate hazards, exposure and vulnerability are represented as separate factors". In this form, the Actuarial Index can be directly substituted for f(H). Insurance companies could use that approach to derive adjustments to their risk assessment process, reflecting a consolidated expected impact of climate change. As the conclusions point out, "this would represent a significant advance over existing approaches, which cover only a limited array of climate hazards, and are not standardised to reflect the key role of climate variability". The report concludes that further investigation in any of these areas would reap significant rewards in terms of estimating the threat of hazards arising from climate change on life, property, and natural capital.

I like to respond to that implicit appeal by suggesting two areas for further investigation:

> Could the ACRI underwrite climate bonds that would play a role similar to that of longevity bonds in hedging mortality risks?

> Developing the stochastic dimension for the climate indices.

The full text is available at :
www.soa.org/Research/Research-Projects/Risk-Management/research-2012-climate-change-reports.aspx. More information on these issues is available on the web pages of the Resource and Environment Group, a member interest group of the Profession
www.actuaries.org.uk/members/pages/resource-and-environment-member-interest-group-reg-mig

Yves Guérard former secretary-general of the International Actuarial Association from 1997-2010. He was responsible for the creation of the IAA Environment Working Group, which he chaired until May 2012
This article appeared in our February 2013 issue of The Actuary.
Click here to view this issue
Filed in
02
Topics
Environment