There is a wide spectrum of opinion within general insurance on the degree to which science has affected and can break or slow the traditional insurance cycle. Graham Fulcher and Phil Ellis weigh up the arguments 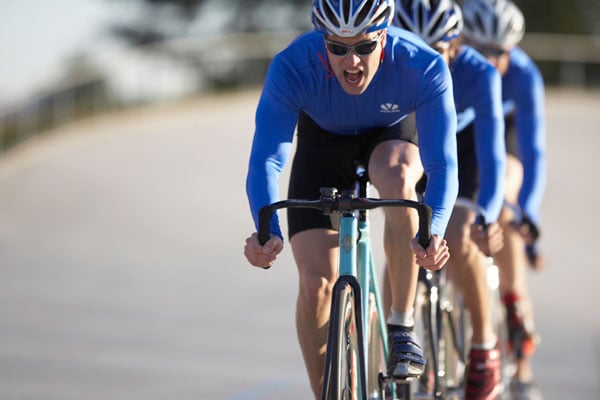 The insurance cycle, whereby companies go through recurring periods of boom and bust, has been a feature of the general insurance industry for decades, with evidence of cycles going back into the 19th century. Despite regular pronouncements about 'beating the cycle', experience has consistently proved otherwise - to date, at least.

Yet, over the past 20 years we have seen tremendous advances in actuarial techniques, management information and technological tools, such as capital and catastrophe models, to address some of the issues that influence the cycle. Does this increased use of science mean an end to the cycle might be in sight?

There is, after all, a precedent when it comes to science and cycles.

Over many years, the systematic application of science and the aggregation of marginal gains, turned Team GB and the likes of Sir Chris Hoy into a dominant force in track cycling, culminating in gold medal sweeps at the last two Olympics.

This worked particularly well on the track, where the nature of the problem is manageable and where limited science had been applied previously. The environment is certain and few external factors come into play. Even the competition is predictable; in many events, the achievement of a particular time almost guarantees a gold medal.

Taking the success onto the roads proved more challenging. The level of science already applied is higher and there is a considerable body of hard-earned wisdom with which that science is blended. In addition, external factors and the behaviour of other participants can't be taken out of the equation.

The recent experience of Bradley Wiggins in the Tour de France is testament to that. His first year in the British Sky team saw him slip from fourth the previous year to nowhere, and in 2011 a crash took him out of the race early on. Everything came good in 2012, when he became the first British winner of the Tour.

So, if science can work to varying degrees in cycling, what about the insurance cycle?

A good starting point is to consider what causes the cycle in the first place. In our view, this can be traced to four fundamental causes - capacity constraints; cost uncertainty; competitive factors; and market structure.

Cycle upturns, particularly in commercial lines, have been driven historically by a capacity crunch. Market under-capitalisation has sometimes been a result of stock market losses, sometimes owing to a run of underwriting losses, and sometimes because of a shock loss. The most extreme recent upturn, in 2001, followed a combination of all three.

Yet, in the wake of the catastrophe losses of 2005 and 2011 and the aftermath of the financial crisis in 2008, upturns have been notably less pronounced and more confined to the specific perils and territories affected.

Much of the credit can be assigned to companies being better capitalised and having better diversification of risk as a result of the use of capital models. Increasingly also, capital constraints are as much a result of perceptions of constraint as an actual loss - the debate around the RMS v11 catastrophe model being a case in point.

If the science holds up, and companies get their models right, one can argue that science has affected capacity constraints, reducing the impact to a series of mini-cycles. A fairly firm tick in the box for science, we suggest.

The second fundamental cause of the insurance cycle, particularly in data-rich, medium- or long-tailed classes such as personal lines and US casualty, is the cost uncertainty that has arisen from the tendency of insurers to drive using the rear-view mirror.

Where insurers have struggled to identify true claims costs and based their pricing on historical statistics, the result has often been naïve, backward-looking rate making. Such trends have only been exacerbated by the institutional lags that have hampered insurers' ability to keep pace with events, such as delays in reflecting reserves and claims management information into pricing and delays in rate filings even when pricing structures have been derived.

Developments in actuarial models and better use of management information should, with good judgement and firm resolve, eliminate a number of these. So, another tick for science's ability to influence the cycle.

The nature of insurance means that while supply can vary, demand is relatively fixed in the short to medium term. In addition, there is limited product differentiation. The economic value that different insurers derive from writing a policy is also largely equal. All of this means that the industry is affected by the phenomenon of the 'winner's curse'. In other words, competitive factors determine that an insurer is likely to end up with a sizeable portion of business that they may have underpriced, adding to the effects of the cycle.

The impact of technology on the industry, and the growth of aggregator sites, has made comparison of prices and switching providers easier than ever before. But then the winner's curse may be even more severe.

As pricing models have become more sophisticated, insurers may also place too much belief in their management information and models, ignoring inevitable errors.

On the plus side for insurers, the more that companies adopt and develop models, the more likely that there will be a convergence in the use of factors. An example is the use of vendor catastrophe models. Greater pricing consensus will reduce the impact of the winner's curse. But if everyone gets it wrong, the correction will be even more severe.

The final primary cause of the insurance cycle has been the market structure, notably the ease with which companies have been able to enter the market and the difficulty of leaving.

Regulatory change is having an effect. Rule changes at the Lloyd's Franchise Board have raised the bar for new syndicates, and the requirements of Solvency II may also deter all but the most committed and competent of market entrants. The cost of operating in these more tightly controlled environments is, in itself, a potential barrier to entry.

The reverse problem for some companies has been how to get capital out of the industry. As a result, many stayed in the market longer than they should have. The growing trust of investors in the science of models has eased this dilemma, with wider acceptance of share buy-backs and the creation of vehicles such as sidecars and insurance-linked securities. We suggest a final tick here for science.

It would be a brave - or foolish - person who predicted a break in the insurance cycle, which arguably has 200 years of history on its side. But there is certainly evidence that science can put the brakes on it. Already, there are signs of a more stable market, with lower peaks, shallower troughs and class cycles less correlated.

We have a final word of warning though. After a period of economic stability, former UK prime minister Gordon Brown famously predicted an end to boom and bust - just before the global financial crisis. One risk of the science is that we are pushing volatility into the tail. As Nassim Taleb and Mark Blyth argue in 'The Black Swan of Cairo', suppressing volatility in any complex system makes the world less predictable and more dangerous.

This article appeared in our December 2012 issue of The Actuary.
Click here to view this issue
Filed in
12
Topics
General Insurance