Doctor Who and the pensions projections

Thats just not cricket, or is it? Steve Mills explores how two statisticians developed a solution to an age-old problem and wonders whether their work might have uses in other fields 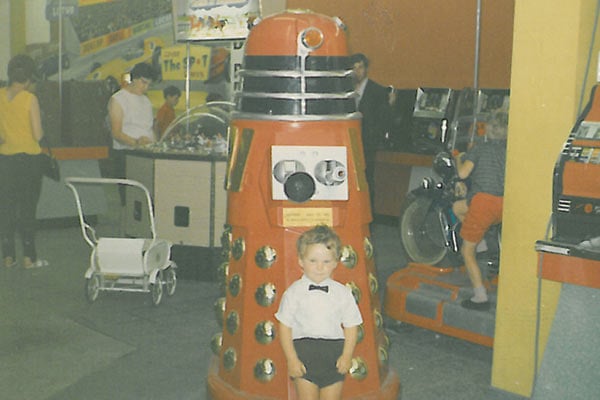 On the planet of Gallifrey, a Time Lord's pension is a cash sum that is proportional to the number of Daleks that he has battered during his working lifetime. This cash sum will be paid to him, or to his estate, on his retirement date, regardless of whether he is alive on that date. The task of projecting a Time Lord's final Dalek total (and therefore his pension) is an interesting challenge to Time Lord actuaries.

First I should explain the demographics of the Time Lord population. All Time Lords start waging war on Daleks at the same age and all retire at the same age, so that all who live long enough have the same working lifetime of 50 Gallifreyan years (about 300 of our years).

What makes the problem more interesting is the Time Lords' ability to regenerate. For anyone who hasn't seen Doctor Who, Time Lords effectively have 10 lives. Every time they are close to death (up to a maximum of nine times), they can regenerate into a new body. Nobody ever needs to regenerate before their coming of age: the dangers that necessitate regeneration are all the result of chasing Daleks.

Of course, different Time Lords will have different appetites for battering Daleks, and differing Dalek-battering abilities. So our pension projections should ideally base the future rate of Dalek battering for a particular Time Lord on his past record. One possible starting point is the basic Dalek-rate calculation:


For many years, this was the standard formula for pension projections, but commentators pointed out two key faults.

> The formula does not take into account the well-known tendency for Dalek-battering to accelerate as Time Lords approach retirement, assuming instead that the Dalek-rate stays fixed.

> The formula does not take into account the number of regenerations that a Time Lord has undergone to date. The fewer regenerations a Time Lord has left, the fewer chances he is likely to take, and the lower his likely Dalek-rate (not to mention the increased probability that he will use up all 10 lives without using up all his working years).

At this point, a couple of innovative statisticians announced their presence with an alternative methodology that changed the face of Time Lord pension projections forever.

Their idea was to introduce the concept of Dalek-battering resources. At every point in his working life, a Time Lord has a number of outstanding working years (y) and remaining regenerations (r). His Dalek-battering resources are a function F(y,r) that reflects how much more opportunity he has in his career to batter Daleks. It is defined in such a way that F(50,10) = 100%, so that everybody starts their career at 100%. Also F(0,r) = 0 for all r, and F(y,0) = 0 for all y; if a Time Lord reaches retirement or uses up all 10 lives, his battering resources are zero. The new projection formula is now:


I imagine that the method of construction of the two-dimensional table F(y,r) (see Table 1) was as follows:

2. Regeneration rates q(y,r) were calculated for each cell by dividing regenerations by the corresponding exposed to risk and then graduating the resulting rates. At this point, a Time Lord's outstanding working years and regenerations have been modelled as a two-dimensional Markov chain, where the process can move from (y,r) at one point in time to either (y 1,r 1) with probability q(y,r), or to (y 1,r) with probability 1 q(y,r) (see Figure 1).

3. Next, a battering rate b(y,r) was calculated for each cell by dividing Dalek batterings by exposure and then graduating.


4. The next step was to construct a table of B(y,r), being the expected number of future Dalek batterings for a Time Lord y years from retirement and with r remaining regenerations. The starting point was at the boundaries where B(y,0) = 0 for all y and B(0,r) = 0 for all r. The rest of the table was filled in by working backwards using:


And there you have it. Problem solved. Please tell me that wasn't difficult.

As well as its use in pension projections, the projection formula can also be used in the world of competitive Dalek battering. Imagine that the Doctor and the Master have entered into a bet about who will be the most successful Dalek-batterer in their careers. The Master loses the toss and is sent out to batter first and scores 300 Daleks (using up five lives) in his 50 Gallifreyan years.

Given that the bet was based on who was the most successful rather than on who battered the largest number of Daleks, the Time Lord actuaries will need to be called in to determine the winner. Using the old-fashioned Dalek-rate calculation, the Master would win, as his Dalek rate of 300/50 = 6 exceeds the Doctor's rate of 150/30 = 5, but this does not allow for how the Doctor's Dalek rate was expected to increase over the remaining 20 Gallifreyan years, especially with eight regenerations in hand.

On the other hand, what if the show is unexpectedly relaunched? The bet with the Master is on again. The problem is that he has been off air for 10 years and has only 10 years left to batter Daleks. How many Daleks should he be aiming to batter if he is to be able to win the bet?

We know that the Doctor has already used 47.8% of his original resources. He now has F(10,8) = 30.8% of his original resources left, so in total will be able to use 78.6%. So his revised target should be 78.6% of the Master's 300 rounded up, ie 236 Daleks. So he would need a Dalek-rate of 8.6 over the rest of his career to triumph. This poses a challenging target, at more than one Dalek per Earth year, but with eight regenerations in hand he will have the opportunity to take some risks.

All very interesting - and geeky - but I can't help thinking that the work of Frank Duckworth and Tony Lewis must have more down-to-earth applications than the projection of Time Lords' pension benefits.

This article appeared in our December 2012 issue of The Actuary.
Click here to view this issue
Filed in:
12
Topics:
Pensions