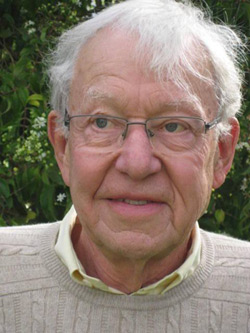 Eight years ago, I discussed in these columns two major reports on the theme of restoring trust in the long-term savings industry.  The lack of any progress in the following years was highlighted when the Lord Mayor of London for 2010/11 felt it necessary to launch an initiative on restoring trust in the City.  This has been followed up by his successor, leading to the formation of the City Values Forum with some distinguished City figures on its Board and Executive Committee.

Now we have Professor Kay's Review, commissioned by the Business Secretary Vince Cable, to examine investment in UK equity markets and its impact on the long-term performance and governance of UK quoted companies.  The Review's all-pervading theme is the need for restoration of trust.  Kay refers to the wide erosion of trust in intermediaries and the whole system over the last five years, ascribing this to the systematic and deliberate replacement of a culture based on relationships with one based on trading.  He notes that an 'explosion of intermediation', itself driven by the decline in trust and confidence, has resulted in increased costs and increased potential for misaligned incentives.  Kay wants everyone in the investment chain to act according to fiduciary principles.  The Review believes that 'stewardship' should be key, using the analogy of a steward as manager of a household or estate on behalf of, and for the benefit of, the owner.  This is to apply at all levels from company directors downwards through every link in the chain and the stewardship is to be on behalf of the ultimate investor whose savings are at risk.


This would be achieved in a number of ways:

 The Stewardship Code would be strengthened to focus on strategic issues as well as corporate governance.

 There would be Good Practice Statements for company directors, for asset managers and for asset holders, examples of all of which are given in the Review.

    Regulators at both EU and national level should review the extent to which existing regulations promote trust and confidence and orchestrate a shift to fiduciary standards.  In particular, FSA Principle 6 should be upgraded from "pay due regard to the interests of customers" to requiring "fiduciary standards".

By making clear the standards that Government expects, it is hoped to create a climate where this level of behaviour becomes the normal expectation.  Whether all this, even if fully implemented, would actually achieve the objective is a matter for conjecture.  Certainly it would involve a massive change in behaviour patterns throughout the system.

Restoring trust is not the fundamental purpose of the Review: its principal concern has been to ask how well equity markets are:

I.    enhancing the performance of UK companies, and

II.    enabling savers to benefit from the business activity of these companies through direct and indirect ownership of shares.

Short-termism is seen as a major problem, not only with asset managers and asset holders, but within companies themselves.  Kay refers with regret to the financialisation of large UK corporations whereby they concentrate on short-term activity that will influence their share price rather than making business decisions for the long term.  This is linked with trends showing that as percentages of GDP, the UK falls below Germany, France and the USA in both business investment and research & development.  The Review sees regulation and incorrect interpretations of fiduciary duty as having given additional pushes towards short-term attitudes.

Among asset managers, Kay sees short-termism displayed by attempts to guess what other traders will think instead of delivering long-term value, which he says is a zero-sum game.  He wants asset managers to have much smaller portfolios to enable greater engagement with companies.  He also wants asset holders to choose managers based on style rather than performance history.  The Review demolishes the efficient markets hypothesis, noting how it also leads to short-term approaches.

Apart from decline of trust, Kay also sees misalignment of incentives throughout the equity investment chain as a principal cause of short-termism.  The Review sees the development of share option schemes as part of the general financialisation of corporate Britain and questions why it is appropriate to pay bonuses to the directors of large companies at all.  He refers to many demanding occupations where the office-holders would be insulted by any suggestion that a bonus would encourage them to perform their duties more conscientiously.  He is critical of the role of remuneration consultants and how the type of incentive scheme adopted can impact on decision-making.  His recommendation is that any bonus should be paid in shares with a holding period to extend significantly beyond the executive's tenure with the company.

Similarly, the Review is unhappy about performance bonuses for asset managers and doubts whether they help to align the interests of the manager with the interests of the client.  It follows that their pay should not be related to short-term performance but a long-term performance incentive could be provided in the form of an interest in the fund (either directly or by the management firm) to be held at least until the manager is no longer responsible for the fund.

Raising capital and the role of the individual shareholder

One thing that came as a surprise (although on reflection maybe it should not have done) is that public equity markets are no longer seen as a source of either funds for start-ups or further funds for existing companies.  In fact, Kay talks about companies' disenchantment with public equity markets, with IPOs used to provide liquidity for existing owners and older companies funding themselves from retained cash and debt.  The decline in public equity markets has coincided with the rise in private equity.  Kay seems unperturbed by this trend, even seeing the move to private equity as a benefit that can lead to more involvement between companies and investors.  I am not convinced that this is a development to be accepted so readily as it avoids the systems of visibility and accountability of public corporations that have been built up over many years of legislation and practice.

The Review acknowledges that most personal shareholders have a real interest in the companies in which they invest, but does not propose and changes to reverse this falling trend of holdings by private individuals.  It is individuals who hold directors to account at AGMs and wider share ownership helps to provide a population who understand the sources of the real wealth of the country.  It follows that the Review sees no place for private investors in corporate governance and puts great faith in a proposed Investor Forum - primarily for asset managers - which is seen as a way of expanding opportunities for collective action.    No detail has been given about how this will work or how the Forum will be established, apart from an assertion that it will be independent of both government and companies, with its own board and secretariat.

Kay does however regret the loss of involvement of private individuals resulting from the widespread use of nominee accounts and is concerned about their security.  Indeed, after comparing the situation in Australia, Hong Kong and Sweden, his final recommendation is for Government to explore the most economic means for private investors to hold shares directly on an electronic register.

There is a great deal more in the Review than I can cover in this short article.  It provides a close and imaginative analysis of the current situation and a readiness to challenge received views.

One notable absentee among all those who gave evidence to the Review is the Actuarial Profession.  As one might expect, the three principal accounting bodies are all listed as are many other familiar names.  I recognise one actuary among the "group of friends" with whom Professor Kay exchanged ideas and one among the individuals who gave evidence.  There may well be others, but did we as a profession, with all our knowledge and experience of investment, really have nothing to contribute to this major review?  I hope that the Institute and Faculty of Actuaries is now considering what it can do to help the recommendations of this Review to go forward.

This article appeared in our November 2012 issue of The Actuary.
Click here to view this issue
Filed in
11
Topics
Regulation Standards