In the first of a series of articles, Jeremy Lazarus provides an overview of neuro-linguistic programming, and how it can help actuaries achieve better results, faster 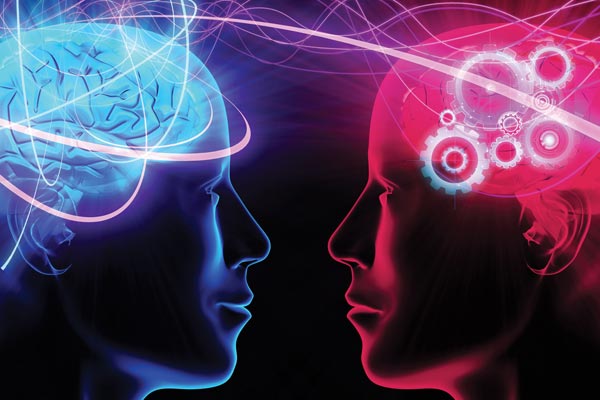 Neuro-linguistic programming (NLP) can be described as a series of attitudes, skills and techniques with three main benefits.

These three benefits can help people to achieve their goals faster. Using NLP in an effective way can help in a range of business areas (see panel, far right).

It is also worth noting that NLP can be used in your personal life - for instance, to increase health and fitness, boost sports performance - whether you're an elite athlete or a casual golfer, or even to improve relationships with your children.

NLP was initially developed by John Grinder and Richard Bandler in the mid-1970s. Grinder was a professor of linguistics at the University of California and served in the US Special Forces, and Bandler was one of his star pupils. Their interest lay in how language could be used to influence people, and what created excellent performance over less than excellent performance. As a result of their studies, they developed what is now known as NLP. Since then, NLP has been used in almost all forms of human endeavour, including the workplace, education, sport, relationships, health, coaching, consulting and therapy. It has developed to such an extent that you can now do a master's degree or PhD in NLP.

The basics of NLP

NLP is about how people can be more successful, however they personally define success. Bandler and Grinder identified that people who were successful seemed to act (whether consciously or not) from a certain set of beliefs and attitudes.

Please remember that while some may appear obvious to you, they may not be obvious to others, and knowing or understanding something is different from doing it consistently.

Belief 1: There is no failure, only feedback

It is rare to find someone for whom everything always goes exactly to plan. Most of us have disappointments and 'non-successes', such as not getting a particular job or promotion, or not winning a bid. One of the beliefs that characterise successful people is that they accept setbacks as 'feedback' rather than failure. A feedback mentality is a more positive approach that allows you to ask yourself questions such as "What can I learn from this, so that my chances of success will increase next time?" or "Who can I ask for feedback about what went well and what I could improve on?".

For many, the word feedback has negative connotations, mainly because the only time their boss gives them any feedback is when something goes wrong! Effective feedback covers both what went well (so that the receiver knows what to carry on doing) as well as areas for improvement.

"Belief 2: The more flexible I can be, the greater my chances of success

If what you are doing is not getting the results you want, then do something differently. For example, if you have a particular style of writing proposals, of pitching to prospective clients, or of interviewing job candidates, and are not achieving the success you would like, be prepared to adapt your approach.

Belief 3: Have respect for people's individuality

We are all different, but if you can respect someone's individuality (for example, their personality, beliefs, attitudes), you are more likely to be able to influence them. Stephen Covey, in his best-selling book The Seven Habits of Highly Effective People, states that one of the seven habits is to "seek first to understand, then be understood" - in other words, find out what other people are thinking and feeling about a situation, and by doing so they may become more open to being influenced by you.

In a business context, if you can appreciate a client or colleague's viewpoint (even if you disagree with it), you're more likely to find a compromise or win them over than if you remain aloof or dismissive.

Belief 4: Even if I can't do something at present, I can learn to do it

Successful people know that they can learn to improve skills, be that selling, presenting, interviewing, planning or improving their putting or tennis serve, even if they cannot currently do that task. Ways to do this include simply practising more, breaking down the task into bite-size chunks or asking for help from someone who can do it (for example, going on a training course, hiring a coach or seeking guidance over a lunchtime meeting).

In my experience as a coach, often a key factor in improving a particular skill is simply the level of motivation an individual has to achieve something; if it's possible to visualise how a skill can help, this is highly motivating.

You may have experienced nervousness in certain 'pressure' situations, such as pitching for a big project, being interviewed for a job you really want, presenting disappointing news to a client, or doing exams. Sometimes this nervousness can improve performance, or you may have experienced situations where nerves had a detrimental effect (this phenomenon is widely referred to as 'the inverted U' in sports psychology).

There are several ways to be able to change the way you respond, so that you can get into the right state rather than a right state! The methods are easy to learn and use and, for many people involved in presenting, selling or even when playing at a client's annual golf day, they really make a difference in performance.

When discussing the mindset for success with my clients and course delegates, the following summary normally helps them to fully grasp these principles. You will probably have heard of the concept of 'cause and effect'; for every effect there is an underlying cause. We can extend this concept to us as individuals; people can be either 'at effect' or 'at cause'.

People who are 'at effect' have the mindset that when things don't go well the causes for this lie outside themselves, with colleagues, clients, staff, the government, and so on. They tend to blame others, complain, make excuses and generally don't get the results they could otherwise get in the long run.

People who are 'at cause' have a can-do attitude and take responsibility for their results and how they respond to situations. These people will find a way to generate more business and/or recover from setbacks quickly, despite external factors beyond their control, such as the economy. In the long term, people who are 'at cause' will get better results and probably feel happier too.

Imagine the impact on your work results and your personal life if you were to adopt an 'at cause' mindset from this moment on. Most business owners and managing directors attending my courses say that if everyone in their company adopted this attitude, profits would increase by between 40% and 60%. Go on, what are you waiting for?

This article appeared in our August 2012 issue of The Actuary.
Click here to view this issue
Filed in:
08
Topics:
Careers