Dr Ruth Levitt offers a glimpse into the origins of life insurance in Victorian Britain, following the life and death of one of the early policyholders, Frederick Kensett, through the Equitables archives 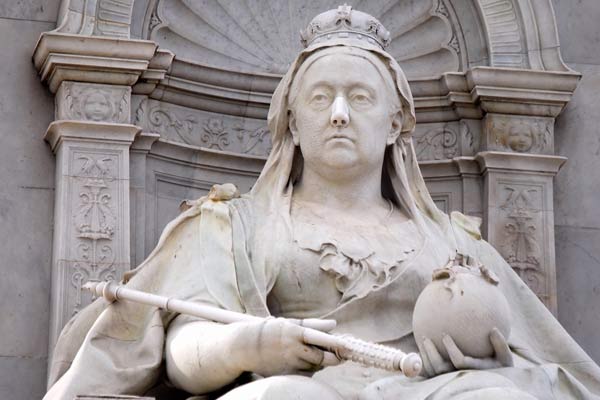 When Queen Victoria came to the throne in 1837 she decided that Hampton Court Palace would no longer serve as a royal residence. For generations, many local people had worked for the palace, and so the Queen ordered that the State Apartments would be opened free of charge to the public. The following year, nearly 116,000 visitors came flocking, ensuring that road and river services to Hampton Court flourished and the inns prospered.

Frederick Kensett, a coal merchant, owned the lease on the Cardinal Wolsey on Hampton Court Green with his stepfather. Following the deaths of both Kensett and his stepfather in 1832, the lease passed to Kensett's mother. Although Kensett did not live to see the village's economy benefit from the monarch's decision, he had already chosen to be a very early participant in a far more significant innovation - life insurance. By the time the Queen's long reign ended in 1901, the British life insurance industry was well on the way to becoming a pillar of international financial markets and played a part in millions of ordinary people's finances.

Kensett became a policy holder in 1820 and paid his first annual premium to the Society for Equitable Assurances on Lives and Survivorships just before his 29th birthday, for a whole-life insurance policy worth £600.


Pioneering the use of statistics

The Equitable, founded in 1762, was pioneering the use of mortality and life expectancy statistics to set its premium and annuity rates. In 1821, Kensett bought a second policy, worth £400. He paid about £285 in premiums and charges (equal to about £20,700 today) over the last 11 years of his life, a serious financial commitment. However, that was a lot less than the £1,000 (about £72,500) the Equitable paid Kensett's sole legatee, his mother, in August 1832.

The Equitable set his premiums using its actuary's analysis of life expectancy for men of Kensett's age, occupation and medical history. It assumed he would live to the age of 64. If he had, his total payments would have added up to much more than £1,000, ensuring the Society made the surplus it had anticipated.

Unlike fire insurance, which shopkeepers, merchants, artisans and craftsmen were commonly buying in the early 19th century, life insurance was relatively unusual. Britain had six life assurance providers before 1800 - almost all in London and a mix of mutuals and joint stock companies.

The Equitable's ledgers reveal that its early policy holders were the well-to-do gentry and nobility, with only very few artisans and traders. Many more insurers opened for business as the appeal of life policies broadened across the social classes. When Kensett fell ill, he was one of only 150,000 people, under 1% of the total population of Britain, with life insurance. During the century, the average value of policies fell and premiums became more affordable. By 1890, most male breadwinners and about 30% of the whole population had life policies, typically worth less than £50 (about £4,290 today). Life insurance had come to be seen as a prudent way of saving. More and more providers were established, which boosted demand for actuaries.

In parallel, actuarial science made another important advance when the Marriage Act 1836 and the Births and Deaths Registration Act 1836 for the first time obliged citizens to report these events to the official registrar in their district. The General Register Office for Births, Marriages and Deaths for England and Wales started collecting, analysing and summarising this data in 1837, allowing actuaries, public health specialists and politicians to understand trends in mortality, morbidity and life expectancy, and helping to equip the new discipline of epidemiology. When Kensett died, the new national registration system was still four years away, and life insurers needed stronger information to verify individual claims and to improve their own actuarial calculations.

Their ledgers created a new, more reliable source for analysis. We find Kensett's cause of death reported in the Equitable's archive as 'bronchial inflammation'. In those days, this could have meant a number of respiratory conditions, including tuberculosis (TB), pneumonia, pleurisy or asthma, which were much more commonly fatal than bronchitis.

The registrar-general's first report and the accompanying abstracts prepared by doctor and statistician Dr William Farr reveal detail, from which we can compare Kensett's last illness with other deaths among men of his age and in his location. In the second half of 1837, over 38,500 (26%) of all deaths in England and Wales were caused by respiratory diseases, of which only 460 (1.2%) were attributed to bronchitis. TB and pneumonia together accounted for over 26,000 deaths (67.7%). In the geographical division that included Hampton Court village, 24% of deaths were caused by respiratory disease, of which 12 (0.9%) were attributed to bronchitis. In the 12 months to 1 July 1838 in England and Wales, 1,556 males died aged 40 - 0.9% of all male deaths that year. The figures are similar in Kensett's geographical division: 56 men aged between 40 and 41 died - 0.9% of all male deaths there. These comparisons confirm that Kensett died young and from an unusual cause.

Life insurers and their actuaries refined their calculations of life expectancy using precisely this sort of comparative information. They created increasingly sophisticated projections by arming themselves with such calibrations of the financial risks and rewards of insuring lives.

This article appeared in our July 2012 issue of The Actuary.
Click here to view this issue
Filed in:
07
Topics:
Professional