Alex King has spent the past six months working as head of marketing at Pacific Life Re, Asia. Based in Singapore, he provides a unique insight into the working and cultural practices

What motivated you to seek employment overseas?

Having spent almost 15 years in the UK life insurance market in a combination of both reinsurance and with a bancassurer (HSBC Life), I decided that it would be beneficial for me to broaden my horizons and experience first-hand how insurance is conducted in another part of the world. I hoped that my past experience and creative mind would help me to build on already established practices within certain Asian markets, and to bring new ideas to our clients.

I had been considering an overseas role for about 18 months. I was very open with both my line manager and chief executive, and they were very supportive and promised to consider me for any overseas opportunities that became available. The role was first discussed with me around nine months before I started. During that period, I twice visited Singapore to get a taste of the local environment, and also to meet my new team.

What was it that attracted you to Singapore?

I had never been to Singapore before. However, I had spent a reasonable amount of time travelling throughout Asia and, on paper, the place certainly appealed. Asian cuisine is my favourite, so that was a big draw. I love travelling, and Singapore is a great base from which to explore the region. Bali, Thailand, Cambodia, Vietnam and Malaysia are all within a two- to three-hour flight, so in scope for a weekend getaway! 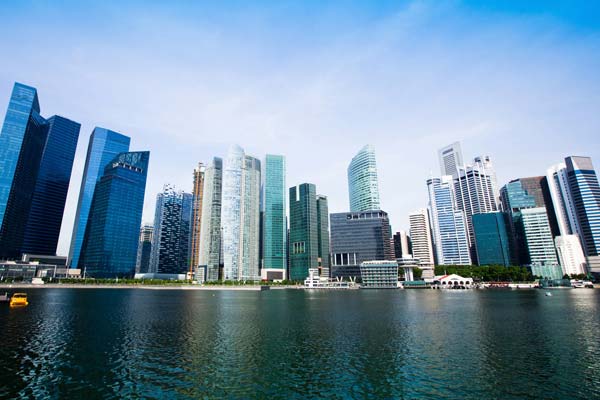 What were the main challenges that you faced?

Leaving the UK in the middle of winter and landing in a climate that is almost constantly at 32°C with 80% humidity takes some acclimatising.

The other challenge was to transport three cats from the UK to Singapore, and to get them used to living on the 22nd floor rather than having the run of the neighbourhood. They have settled in well, and luckily haven't tried to explore the balcony area.

What are the main differences you have found in working and living overseas rather than in the UK?

The office culture is very different. Offices are typically a lot quieter than in the UK, and staff here are often used to having their own booths to work in.

Also, language can be a barrier. In Korea and Japan, in particular, it is not uncommon to have a translator present at the meeting. This makes it challenging to fully understand the true meaning of what is being said, which you take for granted when dealing with most clients in the UK.

In addition, being in a role that covers Asia means that I do a lot of travelling. I usually spend some time out of Singapore each week, and every other week I will spend the whole week away. This may sound attractive, as I get to visit some great places. However, business travel involves a lot of time away from family and often travelling at unsociable times. I regularly have to give up a Sunday so that I am ready to start meetings on Monday morning.

Tell us an unusual fact about Singapore.

Singapore has one of the highest rates of lightning activity in the world. I have seen some amazing storms so far, and unfortunately have been caught unprepared in one or two downpours.

What advice would you give to others considering working overseas?

Do your research before deciding to move. A visit beforehand is recommended if you haven't spent much time in the city where you will be based.

I would also suggest writing down the main reasons why you are making the move, and the things that you value the most about working and living where you are. This way, you can make sure you are not giving up anything that you would struggle to live without. It will also act as a regular checklist once you've moved, to make sure you are fulfilling what you moved overseas to do.

What has been your most interesting experience to date?

I have enjoyed tasting the local cuisine, and the team here have been great at showing me new places to go. However, for lunch one day, I decided to venture out alone, and opted for the local food court close to the office, which serves a wide variety of meals.

I ordered a few small dishes without asking what each one was. The dish I thought was beef in black-bean sauce was disgusting. Certain it was off, I took it back. I was shocked to find out I had ordered fermented liver. To say it is an acquired taste would be polite. I will certainly make sure I never have the opportunity to try this 'delicacy' again!
This article appeared in our July 2012 issue of The Actuary.
Click here to view this issue
Filed in
07
Also filed in
Interviews
Topics
Careers