Greg Solomon works for Swiss Re based in Hong Kong, specialising in client and market responsibilities. Originally from South Africa, he has spent 14 years working overseas, including the UK and Israel 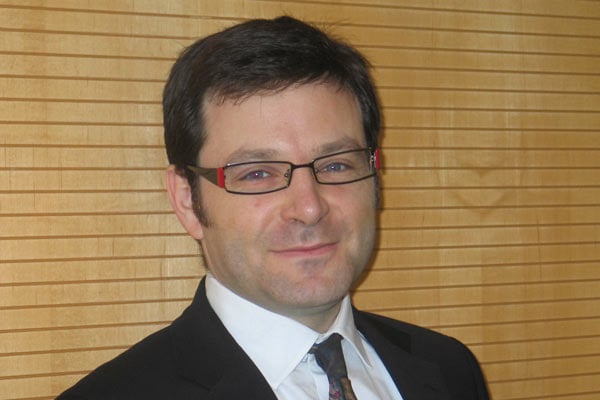 It started out as just a one-year assignment from our Johannesburg office to our London office, but lasted over a decade.

As for moving to Hong Kong, I had been on several business trips from London to Asia, and each time I got back home, found myself looking forward to the next trip!  That and my desire for learning Chinese Mandarin was when I decided to move to Asia.

I knew the president of our Asia division - we had worked together in both South Africa and London, and I mentioned to him I was ready for a move to Asia. We spent the next few months looking for the right position for me.

What attracted you to Hong Kong in particular?

I had made about half a dozen business trips to Hong Kong - a fantastic city. Our Asia hub city is Hong Kong, so it was the perfect place for my move.

There were the usual challenges of moving to a new work environment, connecting with new colleagues, creating a new social circle - this affects anyone changing cities, let alone changing countries.

Moving to Asia had the additional challenges of language and cultural differences. While there is a very good level of spoken English, there are still plenty of occasions when you find yourself at a loss for words in a common language.

What are the main differences you have found in working overseas compared with working in the UK?

It generally feels that people work longer hours here than in the UK, but it's hard to generalise.
The biggest change is the amount of travel, which happens quite a lot in Asia when you deal with multiple countries. I'm preparing for two trips this week; Indonesia for three days, then Taiwan for two days - a total flying time of about 13 hours in a few days. The following week I will be in Malaysia for two days, then Singapore for three days, then its back to Indonesia a week later. Travelling like this has pros and cons - some of it is really interesting, other aspects are really tiring.

What is the most topical industry issue facing actuaries in Hong Kong?

As my boss often says, "There is no such a thing as Asia". Each country is very different: language, religion, culture, geography, food, legal environment, growth, and so on - it really is impossible to generalise.

However, there is in general across Asia a shortage of actuarial skills, especially in the so-called 'emerging markets'.

The office is multicultural, with people from so many different countries, both Western and Asian. This makes for a very interesting environment to work in.

The local staff of course speak Cantonese when casually chit-chatting among themselves, which makes it impossible for me to eavesdrop on office banter and gossip.

Tell us an unusual fact about Hong Kong.

It is the most 'vertical' city in the world. There are nearly 8,000 skyscrapers - more than any other city. About 36 of the world's 100 tallest residential buildings are in Hong Kong. Our Swiss Re offices are on the 61st floor - and if I'm feeling particularly thirsty there is a bar, complete with swimming pool, not far from here up on the 118th floor. 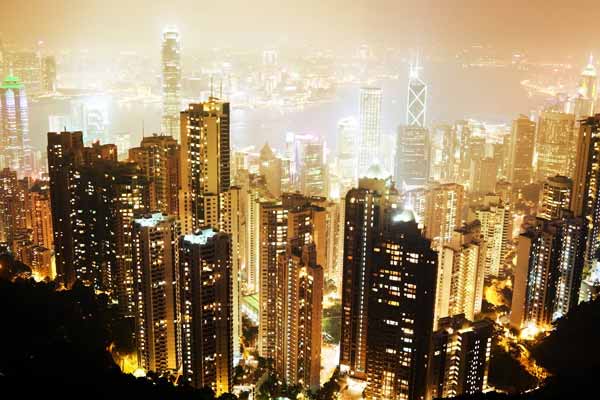 Do you have any advice for others looking for overseas work?

Do it, take a risk. If you don't enjoy it then you can always return home.

Try to learn the language. The extent to which you have to learn the language depends on the country. You'll be ok as long as you can tell the difference between the men's and ladies' toilets, and to know whether you're ordering fruit or frog's uterus at the local restaurant - and no, I'm not kidding

Having worked in four different countries, and with my current role involving responsibilities covering seven countries, yes, I would say I'm 'global'.

My 'original' home is South Africa, where I was born; my 'cultural' home is the UK, having spent 12 of my more recent years there, and my 'home home' is Hong Kong, where I feel so comfortable right now!

What is your favourite local custom and do you join in?

It could be karaoke, which sometimes feels like more of a religion than a mere custom. I sing badly, but the beer helps. I discovered that most people sing badly - but that's not the point of karaoke.

I now speak Mandarin, including being able to read and type in Chinese - although I've a long  way to go before I will claim fluency.

Have you taken up a new sport/pastime?

This is the second year that I have joined the company's Dragon Boat team - that's a lot of fun!

How often do you read The Actuary magazine? Do you read it online or in print? Do your colleagues read it?

I read through every edition, although not every article. Usually before a plane ride, I might load a few interesting articles, and then read them in-flight.
This article appeared in our July 2012 issue of The Actuary.
Click here to view this issue
Filed in
07
Topics
Careers