Peter Devlin moved to Germany 10 years ago to continue his actuarial career. He now works as head of total rewards and human capital, M&A, at Deloitte. Here he recounts his experiences of life and work in the city of Munich 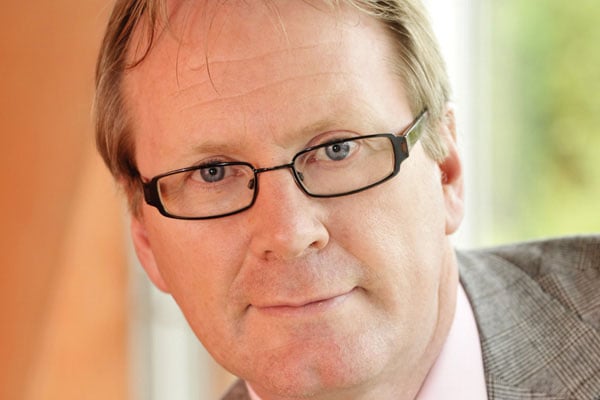 My wife and I had our first child while we were living in London and wanted to avoid the commute. Also, my wife is German and we both like climbing the Alps.

Strangely enough, I was contacted out of the blue and asked if I was interested at working at Mercer in Munich.

What attracted you to working in Germany?

The quality of life in Munich is extremely good. It is close to the mountains and lakes, and just a two-and-a-half-hour journey (with the obligatory speeding fine in Austria) to Italy. Plus, relative to London, it has very good housing and schools that are not expensive.

Learning the language as many people in Germany speak very good English. Schools in the UK should put much more effort into correcting the foreign language deficit we have.

What are the main differences you have found working overseas compared with working in the UK?

The amount of travelling I do is greater as Germany is much more decentralised
than the UK.

What is the most topical industry issue facing actuaries in Germany?

Within total rewards, many are questioning the principles of the past two decades: pension financing based on financial economics that don't really work as the theory would like and compensation based on endeavouring to 'align' top pay with shareholder interests.

The variation in work and having built a very successful team from nothing in just
five years.

Doing an M&A-related project on a Saturday afternoon when it's sunny.

Tell us an unusual fact about Germany.

The population is falling by the equivalent of Aachen (a town on the Western border with a population of around 250,000) every year.

Do you have any advice for others seeking overseas work?

Go for it. Even if it does not make financial sense immediately, it is worth gaining the experience, learning a new language and a new way of looking at things.

Can you identify your international experience with any particular well known film or book?

I normally identify myself with Woland of the Master and the Margarita, by Mikhail Bulgakov - the mysterious gentleman visiting Moscow with a gun-toting cat and his valet. The English Patient, by Michael Ondaatje, gets mentioned a lot in Germany, but usually refers to our car industry of old.

Actually, I used to do a lot of 'global actuary' international work and consolidation, but at Deloitte I would see myself more as the English actuary who can also do German.

My house near Munich. Also, where my mother lives in north-east England - one can have more than one home.

What is your favourite local custom/tradition and do you join in?

I am relatively immune from traditions in both Germany and England. They are all made up anyway to suit the current politics of the day.

Have you learnt a new language?

German, although I tend to speak 'consulting' German that is some way from the 'ur' - language of Goethe. I like the current English fashion for putting 'über' in front of a noun to emphasise it - for example, 'über-boss'.

Have you taken up a new sport/pastime?

We do a lot of canoeing and climbing.

How often do you read The Actuary magazine? Do you read it online or in print?

In print every month, usually on a train ride.

Do your colleagues read it?

No, as they read Der Aktuar!
This article appeared in our July 2012 issue of The Actuary.
Click here to view this issue
Filed in:
07
Topics:
Careers