Dean Stamp currently works in corporate actuarial at Manulife Financial, based in Toronto. He has spent the past 13 years working overseas, and provides an insight into his experiences of life and work in Canada 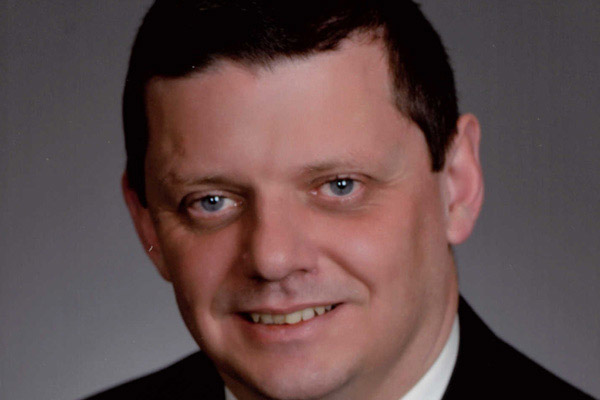 I originally came to Canada on an internal three-year secondment, transferring from a UK company to its Canadian subsidiary. However, at the end of the three-year period, that Canadian subsidiary was sold. I decided to stay and join the new company. Subsequently, that company was acquired by Manulife Financial - a leading Canada-based financial services group with principal operations in Asia, Canada and the US.

Canada in some respects is the best of both worlds. On the one hand, it offers new career opportunities and a different living environment. However, from an integration perspective, it makes for an easier transition since much of Canada has British origins and is generally English-speaking.

What are the main differences you have found in working overseas compared with the actuarial profession in the UK?

The core actuarial skills that you learn in the UK are applicable anywhere in the world. The differences lie in the more specialised actuarial skills/knowledge that are usually acquired after the Fellow of the Institute of Actuaries (FIA) qualification. For instance, the Generally Accepted Accounting Principles (GAAP) accounting basis in Canada directly links liabilities to the assets backing the liabilities. Liability modelling often requires detailed asset modelling, which is a uniquely Canadian valuation concept.

What is the most topical industry issue facing actuaries in Canada?

It is probably the same issue facing the UK life industry - that is, the move to International Financial Reporting Standards (IFRS) Phase II for life insurers. However, although the end goal for the life insurance business worldwide is the same, given the starting points are different by jurisdiction, the path needed to get there is very different - and challenging!

What is the best thing about working in Canada?

The opportunity to work for one of the largest life insurance companies in the
world. Manulife has major interests in Canada, the US and Asia, giving employees opportunities for exposure across businesses and geographies - especially if they work in a corporate area. The learning experiences from working in a global company are invaluable.

The commute! The main highway into Toronto is the busiest in North America, with up to 20 lanes in places. Add in the Canadian winter, and the M25 is a breeze by comparison.

What was the biggest surprise regarding the country where you work?

With hindsight, I think I had a stereotypical view of Canada before I moved here. For example, I saw it as 'up North', with lots of snow and ice. While parts do border the Arctic Circle, other parts, such as Toronto, are on the same latitude as the south of France. Although there is plenty of snow in winter, temperatures of 30°C and higher in the summer are not uncommon. Usually,
at that point, we are looking forward to the winter again!

What are the key attributes an actuary or actuarial student would need for working overseas?

I think anyone contemplating working abroad, regardless of country, needs to be flexible and willing to move outside their comfort zone, both on a personal level and in their career. From a work perspective, you have to accept that there will be elements of your new career where you will be back at the start in terms of knowledge and experience, with potentially a steep learning curve ahead of you.

Would you describe yourself as a global actuary and, if so, why?

Definitely - not purely because of moving countries but rather as a result of working for a global company. I do not consider simply working abroad to define being a global actuary, more that working abroad provides opportunities to work for global insurers and to gain that global perspective.

Canada. Other than for short-term secondments, it becomes quite challenging to live in one country but still think in terms of home being somewhere else. That said, I have not entirely forgotten my roots. I still watch English football (and yes, I call it football, not soccer) and will be cheering for England in Euro 2012 - not that I think the team has much hope!
This article appeared in our July 2012 issue of The Actuary.
Click here to view this issue
Filed in
07
Topics
Careers