An Indian summer for actuaries

Jagbir Sodhi highlights the rapid growth of the Indian economy, in particular the insurance sector, and explains why the country reveres the actuarial profession to almost celebrity status 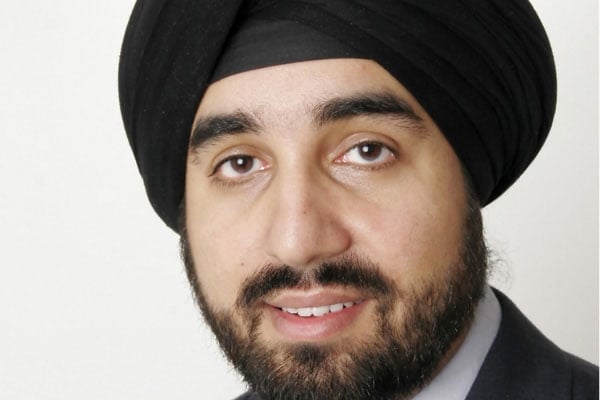 'Incredible India' is the strapline of the Indian Ministry of Tourism, used to promote the country to the world. India indeed offers an incredible blend of economic and demographic characteristics that differentiate it from most other countries, including its most frequently cited benchmark - China. India's population already exceeds 1.2bn (reference 1) and if it continues to grow at the 1.35% (reference 2) per annum witnessed over the past few years, we will see a population of more than 1.5 billion by 2030, with India surpassing China as the most populous country in the world.

From an economic perspective, the rapidly expanding middle class continues to enjoy increasing income per capita - a major driver for economic growth. Ongoing urbanisation will continue to catalyse future growth, by improving access to goods and services.

According to the International Monetary Fund (IMF), India is ranked as the eleventh largest economy in the world by gross domestic product in terms of purchasing power parity (PPP). PricewaterhouseCoopers predicts that by 2050, the country will be the fourth largest economy ahead of Germany, Russia and the UK. India has enjoyed an average annual real growth rate of 8% (reference 4) per annum in recent years, a macro-economic indicator that is being closely monitored by both policymakers and investors.

However, inflation is a potential game-changer for India, if the country cannot control the risk of over-heating arising from high growth coupled with spiralling commodity prices, as witnessed in 2011. 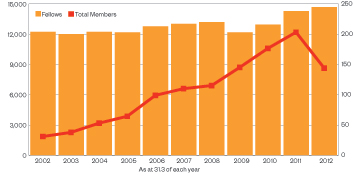 In 1956, the Indian government nationalised the life insurance sector by amalgamating 245 Indian and foreign life insurers to create the Life Insurance Corporation of India (LIC). Nationalisation of the general insurance sector followed in 1972; 107 general insurance companies were transformed into four distinct, government-owned insurers. The Insurance Regulatory and Development Authority (IRDA) Act in 1999 liberalised the insurance industry once again. More than a decade later, public-sector insurers still dominate in both life and non-life sectors, with market shares for the year 2010-11 of around 70% and 59% for life and non-life respectively. (reference 5)

To show the scale of LIC's operations, it insures more than 250 million lives in India alone and issued around 37 million new policies in the financial year 2010-11. (reference 6) By contrast, an insurer such as Aviva, the sixth largest insurance group in the world, insures around 45 million customers in 28 countries. (reference 7) However, insurance penetration in India is still low when compared with most other markets.

The private sector comprises 24 life and 24 non-life insurers - of which three are specialist, stand-alone health insurers - and one state-owned reinsurance company. Growth rates by premium in the life and non-life sector have been around 10% and 23% respectively for the financial year 2010-11. (reference 8) Health insurance, included within the non-life category, has generally experienced the highest growth rates over the past few years, reflecting the growing demand from Indian consumers and low penetration of health insurance benefits.

Since the market reopened to private insurers, foreign promoters have been permitted to hold up to 26% equity in Indian insurance companies. There has been talk, of increasing the foreign direct investment limits from 26% to 49%, but this appears to have been deferred. The vast majority of newcomers to the market are joint ventures between Indian corporates and foreign insurance groups. Several of these foreign insurers were established in India before nationalisation.

Beyond the attraction of tapping a largely under-penetrated insurance market, India offers some foreign insurers an opportunity to hedge their domestic risk portfolios. For example, many Japanese life insurers - Sompo Japan, Dai-ichi Mutual Life and Tokio Marine, and more recently Nippon Life and Mitsui Sumitomo - have established joint ventures in India. Japan has a low birth rate and an ageing population, so investment in India is attractive for these companies.

The Institute of Actuaries of India (IAI) is the professional body for the actuarial profession in India. It is also a full member of the International Association of Actuaries (IAA), which reflects the valuable contribution made by the IAI and its credibility on the global actuarial stage. Each year, the IAI hosts the Global Conference of Actuaries (GCA) in India, which is a popular forum attended by actuaries from across the globe.

The IAI's membership base over the past decade has comprised a small, steady number of Fellows (FIAI). As illustrated in the graph opposite, FIAIs have numbered about 200-220 for most of this period. However, the membership base of students rose exponentially in the same period to around 12,200 in 2011, falling back to around 8,200 in 2012. The ratio of FIAI to total members has been in the range of 2-3%, which is significantly lower than in mature actuarial markets such as the UK and the US.

The dramatic fall in membership over 2011-12 may be explained by an entrance exam (ASET), launched by the IAI in 2011, to ensure that the quality of new entrants improved and that joining the profession was a well considered decision. This will go a long way towards protecting the reputation of the actuarial profession in India.

The IAI has signed mutual recognition agreements with the Institute and Faculty of Actuaries in the UK and the Institute of Actuaries of Australia, whereby Fellows of each Institute can practise in respective territories following a period of relevant experience in the host country. Currently, there is no reciprocal arrangement between the IAI and any of the US actuarial bodies.

In recent years, the role of actuaries in India has grown in both importance and diversity. As a statutory requirement, all licensed insurance companies must have an appointed actuary, who is legally responsible and accountable to the regulator IRDA.

The career opportunities for actuaries in India are vast. Given the small number of qualified actuaries and the growth of the industry, practice areas beyond the traditional areas of life and non-life insurance are yet to be fully established. These include enterprise risk management, capital management and a wealth of general management and business leadership opportunities.

The actuarial profession in India is revered almost to celebrity status and has a reputation for paying handsomely. Academic hurdles are traditionally not a deterrent to the many bright Indians who have been trained from a young age to pass exams. Given the enormous rise in student membership, the challenge for many will be to strike a balance between academic achievements and developing commercial skills as they compete for space in this evolving profession. However, India's attractive market dynamics mean there is scope for the ambitious young actuary to shape the development of the insurance industry, as well as wider actuarial fields.

Jagbir Sodhi is a Fellow of the Institute and Faculty of Actuaries, Institute of Actuaries of India, and a member of the American Academy of Actuaries. The views expressed in this article are his own and not those of Swiss Re.

9. Institute of Actuaries of India website:
www.actuariesindia.org/member/membership-statistics.html
This article appeared in our July 2012 issue of The Actuary.
Click here to view this issue
Filed in
07
Also filed in
Interviews
Topics
Careers