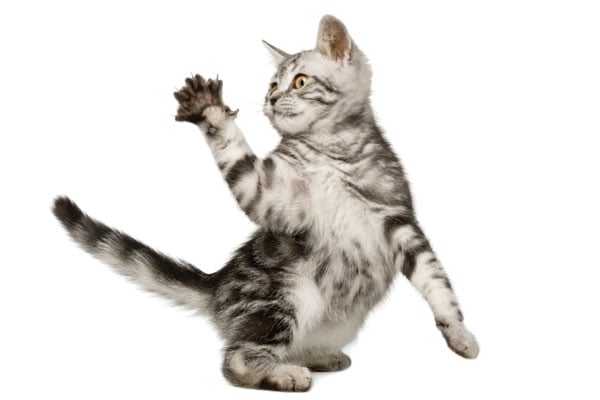 In this latest instalment of the Elegant English series, we shall look at a greatly used - and misused - punctuation mark: the comma. The word comma is derived from the Greek komma, which means 'something cut off' or 'a short clause'. In addition to its function of introducing pauses within sentences, the comma has several other uses.

In 2006, there was a court case in Canada between two telecommunications companies. The main contention was the placement of a comma in the English language version of the contract between these companies, leading to different interpretations of the permissible terms of termination of the contract.

One of the telecommunications companies argued that according to punctuation rules, the last comma in that sentence implied that the contract could be terminated at any time upon giving a year's notice. Had that ultimate comma not been in place, then the one-year notice would be permissible for only successive terms and not within the initial five-year term.

The additional comma rendered the phrase "and thereafter for successive five (5) year terms" a parenthetical phrase - an aside giving extra information, which could be removed and still allow the sentence to make sense. In other words, a parenthetical phrase is one that may be got rid of so long as the remaining clauses can still be read as a complete sentence without losing any important information.

In such cases where a pair of commas creates a parenthetical phrase, it is helpful to think of the commas doing a similar job to that done by a pair of parentheses or dashes - acting in a pair enclosing an additional piece of information. Therefore, both the presence and the positioning of commas are important (see figure 1). 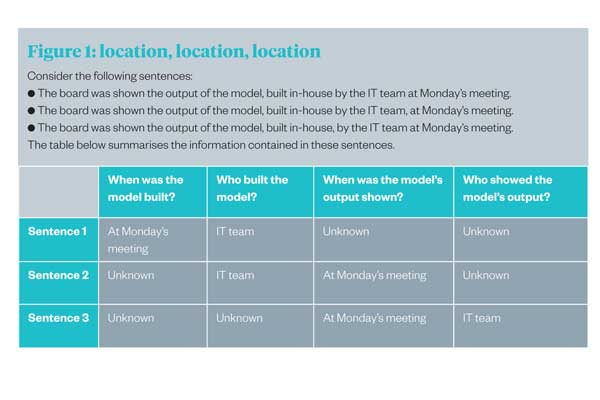 Commas that are used to join two independent clauses (that can stand as sentences in their own right) without using a conjunction (joining word) are usually erroneous. Such a use of a comma is known as a comma splice, as used in the following sentences:
- The claim was rejected, the owners had invalid insurance.
- The spreadsheet is protected, only some teams should have access to it.

These sentences can be corrected by using alternative punctuation marks such as semicolons or full stops, or by replacing the comma with conjunctions such as 'because'.

Commas are very commonly used for separating items in lists. For example:
- The investments are managed in London, New York, Washington, Chicago and Beijing.

It is a matter of taste as to whether to include a comma after the penultimate item in the list; in the example above, this would be after 'Chicago'. Such a comma is known as a serial or an Oxford comma, which may help to make a list easier to follow and sometimes helps to remove ambiguity. For example:
- The insurance products offered are motor, buildings and contents, and travel.

When grouping items in a list, semicolons can help to make the list clearer:
- The investments are managed in London, UK; New York, Washington and Chicago, USA; and Beijing, China.

Another example where semicolons help to separate the items in the list, while commas allow additional detail about the items, is:
- The rise in motor insurance premiums has been attributed to several factors, three of which are: fraudulent claims, dubbed 'crash for cash' claims; a steep rise in the number of personal injury claims, promoted by claims management companies; and the higher propensity of uninsured drivers to be involved in road accidents, with honest drivers having to bear the brunt of the claims.

In conclusion, consider the following anecdote. A child sent an email to his father, a pricing actuary, to ask what he was doing. The father meant to type "I am pricing, my son", but actually replied "I am pricing my son", leaving the terrified boy to wonder why his father was trying to sell him.

I hope that this article has made a compelling case for the cause to pause when contemplating commas in your writing. They could make all the difference.

Have you come across any amusing writing errors? Please send examples to [email protected], making anonymous any company-specific or person-specific details.

Sonal Shah is a general insurance actuary currently working as an independent consultant on Solvency II internal model approval process (IMAP) and documentation
This article appeared in our June 2012 issue of The Actuary.
Click here to view this issue
Filed in
06
Topics
Soft skills