Due to gender differentials in the UK disability insurance market being too high and masking more reliable rating factors, Sarah Bennett argues that the Gender Directive may be doing actuaries and policyholders a favour. 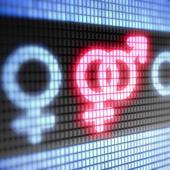 However, IP insurance is undersold in the retail market, notorious for cyclical experience, and is not dissimilar to products seen in the 19th century in the UK. According to the Association of British Insurers, at the end of 2010, there were fewer than 1.5 million individual IP insurance policies in force in the UK. At the end of 2010, there were approximately 3.3 million people with IP cover (including the 1.8 million covered by group IP insurance) out of an estimated 23-million- strong working age target population.

Typically, UK IP insurance policies pay a predefined benefit after a deferred period if the policyholder is unable to work due to injury or illness. Traditionally, benefits have been paid until normal retirement age, although limited-benefit payment terms and cover extending up to age 70 are becoming more prevalent.

Risk factors inherited from the past include gender and occupation. For IP insurance in the UK, there is a gender differential in premiums. Females are typically charged a rate between 50% and 100% more than males. Occupations are split into four classes, defined by the Continuous Mortality Investigation (CMI) as follows:

Class 3 for skilled operatives engaged in manual work in non-hazardous occupations; and

Class 4 for skilled and semi-skilled operatives engaged in heavy manual work or subject to special hazard.

Of these, Class 3 and 4 pay considerably more than Class 1 lives for the same IP cover.

The gender directive, which requires all premiums for policies that are private, voluntary and separate from the employment relationship to be gender-neutral with effect from 21 December 2012, presents a particular challenge to insurance companies selling retail IP insurance. Group IP schemes, which are largely through employer-sponsored arrangements, will be unaffected.

The Actuarial Profession's recent response to a consultation issued by the UK government, states that "...the key difference for income protection compared with other product lines, is that gender-neutral rates could be at a significant discount to the current female rates, meaning lapse and re-entry could be a very real issue."

The recently released CMI Working Paper 60 suggests that, based on the 2003-2006 CMI experience, male claims inceptions were higher than females for Deferred Period 1 week, although this exhibits a different pattern to that observed between 1991 and 2002 where female experience was heavier.

For all other deferred periods, females exhibited higher inception rates than males. The gender differential increased with the length of the deferred period to approximately 200% at Deferred Period 52 weeks. The CMI data has not been published in a way that enables us to consider the interaction of rating factors.


Figure 1:  Actual vs expected disability inceptions
(actual based on CMI experience over the various cohorts;
expected based on IPM 1991-98)


Physiologically, there are differences in males and females resulting in different patterns of longevity and disability. According to the paper 'Gender Gap in Longevity and Disability in Older Persons' by Newman and Brach, Vol 23 No 2, Epidemiologic Reviews (Johns Hopkins University Bloomberg School of Public Health), the prevalence of disability among women is higher than among men, particularly at older ages, because of greater levels of co-morbidity at comparable ages and better survival rates at younger ages.

The greater levels of co-morbidity will be related to susceptibility - for example, the greater incidence of auto-immune diseases amongst women, such as rheumatoid arthritis, and greater susceptibility to skeletal problems such as osteoarthritis and persisting disability relating to falls because of lower bone density.

A review of UK data sources other than the CMI reveals that there is some evidence of a differential between males and females. The Office for National Statistics' (ONS) population data includes data on percentage reporting illness or disability. 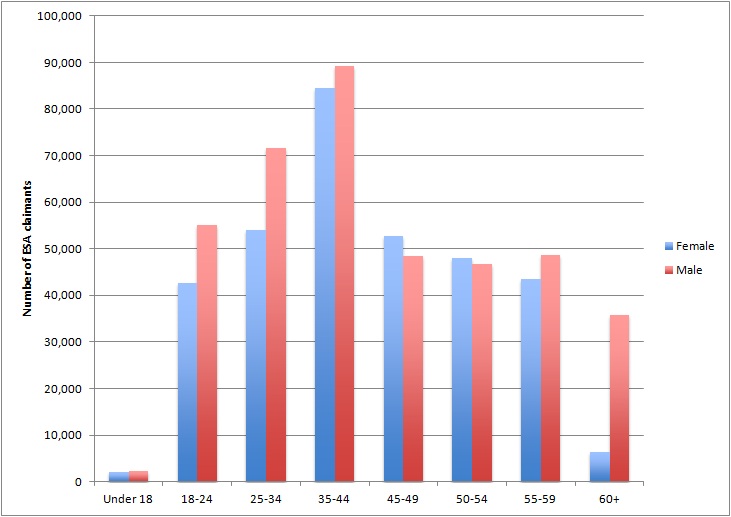 1 Proportion of employees who were absent from work for at
least one day in the reference week.
2 Not seasonally adjusted.
* Calculated by the author.
Figures (except final column) obtained from the ONS Labour
Force Survey, November 2008 (available here )

Are actuaries ignoring other more relevant risk factors? Is 'occupation class' a suitable predictor of the risk of disability or would occupation be better? Would socio-economic class be a better predictor of morbidity/disability? In practice, the risk of disability is complex and dependent not only on the traditional risk factors, such as age, gender, deferred period, occupation class and smoker status, but also on factors like:

- Attitude to work
- Family circumstances; for example, the second earner may be less inclined to return to work (Given that, historically, the majority of women are not the main breadwinner in the household, this is likely to have a negative impact on female disability experience.)
- Precise nature of the occupation and activities specific to that occupation
- Industry; for example, is the industry susceptible to economic or seasonal fluctuations?

Analysis conducted by Swiss Re in other countries has revealed results that challenge traditional occupational and industry classes. Incorporating additional rating factors such as occupation, socio-economic class and salary have been shown to reduce the gender differential.

Lapse and re-entry of the 30% of UK individual IP policyholders who are female is a risk for insurance companies. Lapse risk will be highest for those who have recently taken out an IP policy and who are still in a good state of health. Ideally these policyholders will be more accurately classified upon re-entry based on their true underlying risk.

International experience
In Germany, nearly 17 million people have disability income (DI) insurance. Before 2001, the state provided DI for all people in Germany if they were unable to work due to long-term sickness or injury. At the end of 2000, Germany introduced a law that limited DI cover to those born before 1961. This resulted in significant growth in new DI insurance policies for those born on or after 1 January 1961. In Germany we observe much less differential between male and female rates for DI.

The German DAV1997 actuarial tables suggest that males have much higher DI inceptions than females until age 35. Thereafter, DI inceptions for males and females are broadly similar. DAV1997 suggests that recovery rates of males are always about 6% higher than those of females. However, analysis of more recent data suggests that recovery rates for males are higher than females at the younger ages and lower than females at the older ages. Germany has a large and rich data set that we can use to make inferences about the UK.

In the Netherlands, the most recent actuarial tables for DI insurance (eg. MA2009) do not distinguish between males and females. Old tables (eg. MA2005) do differentiate by gender and the differential varies by product. In general, female rates are higher than male rates of disability. Population data suggests that female disability incidence is higher by approximately 10%.

First pillar benefits are social security benefits that cover employees for disability after two years and are subject to a cap. Second pillar benefits are provided by occupational pension provisions and insurance companies covering salaries above the cap. Third pillar covers are provided by insurance companies and mostly targeted at self-employed persons who are not covered by the first two pillars. Many DI policies have been developed over the last decades to plug the holes that were created by the reductions in state benefits.

In the US, five million people are covered by IDI and a further 39 million by group LTD. This compares to a working population of 140 million. The 85 CIDA tables show a substantial gender differential in incidence rates although, according to the Individual Disability Experience Committee (IDEC), the 1990-1999 experience shows that there has been some lessening of the differential.

IDEC termination rates are higher for females than males in the early durations with ultimate female termination rates approximately 10% lower than males until age 65 and then about 33% lower beyond age 65 as mortality takes over. Retail premium rates suggest that females pay approximately 50% more than males. Occupational classes are similar to those used in the UK, although 'M' is a separate class for medical and dental occupations.

In Australia, there is no state cover for disability and, historically, the majority of DI has been sold as individual policies. However, an increasing amount is being sold as group cover (called group salary continuance or GSC). GSC is provided as default cover by a growing number of superannuation (pension) funds, together with death covers. Many group schemes charge unisex rates, and also aggregate the rates charged by occupation class.

For individual policies, females pay approximately 50% more than males for DI cover with a similar occupational class classification structure to the UK. According to the Rice Warner Risk Insurance Market Projections report, the split of GSC premiums vs individual DI premiums was 30:70 in 2010 but is predicted to shift to almost 40:60 by 2025.

Conclusion
Removing gender differentials for disability insurance in the UK is driving actuaries to seek alternative rating factors, to understand the underlying risks better and to dig deeper to establish the true morbidity differentials between males and females. This can only lead to greater efficiency and an improved market offering.

A review of evidence in the UK and globally suggests that pre-retirement disability rates do vary by gender but this difference has been overemphasised in the UK. The fact that there is a lower gender differential in disability rates in Europe calls into question the rating structure that is prevalent in the UK. We need a new paradigm.

This article appeared in our May 2012 issue of The Actuary.
Click here to view this issue
Filed in
05
Topics
Health care