Dick Rae, Cyprian Njamma and Jeff Neate consider the impact that central clearing of OTC derivatives will have on pension funds and insurers 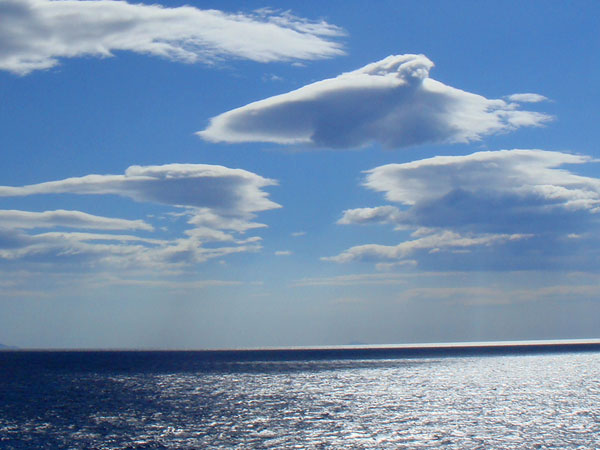 How time flies. Central clearing of over-the-counter (OTC) derivatives - a response to the 2008 financial crisis aimed at reducing systemic risk within the banking system - could be a requirement in Europe in less than a year.

Non-centrally cleared contracts should be subject to higher capital requirements. We ask the Financial Stability Board and its relevant members to assess regularly implementation and whether it is sufficient to improve transparency in the derivatives markets, mitigate systemic risk, and protect against market abuse."

On the face of it, this sounds like a good thing, but it introduces additional costs and risks for pension funds and insurers.

New European regulation
In September 2010, the European Commission published its proposal for the European market infrastructure regulation (EMIR):
- Financial counterparties to clear new OTC derivative contracts of certain types with a central counterparty (CCP).
- All OTC derivatives, centrally cleared or not, must be reported to trade repositories.
- Measures to reduce counterparty credit risk and operational risk for bilaterally cleared OTC derivatives.
- Rules relating to the authorisation and supervision of CCPs.
- Provisions for the registration and surveillance of trade repositories.

In our view, EMIR is a double-edged sword: transparency is generally a good thing, but there is a risk that tougher regulation adds cost and introduces other risks. This is a wider debate, but for this article we focus on central clearing.

Political agreement was achieved in February 2012 and EMIR was formally adopted in March. The European Securities and Markets Authority (ESMA) will draft technical standards by September, to be finalised by year-end. The G20's deadline for implementation was the end of 2012, but the exact timetable is still uncertain.

What is central clearing?
Central clearing is about post-trade risk management, not execution. The end-user will still trade initially with their chosen bank counterparty. They then transfer the contract to a clearing member who registers it at a CCP, such as London Clearing House (LCH), as shown in Figure 1. 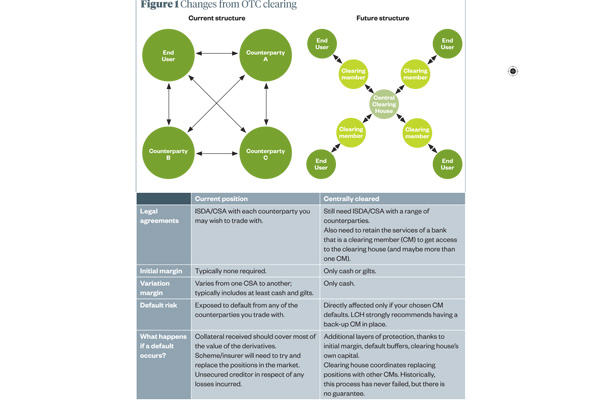 Benefits
Central clearing provides a range of protections in the case of a bank default. The concept is proven, for both exchange-traded and OTC derivatives. For example, when Lehman defaulted, LCH successfully resolved its $9trn book of cleared interest rate swaps within a few weeks. The initial margin Lehman had posted did its job, and only 35% was used up.

Other benefits of central clearing include:
- Greater transparency, helping regulators detect systemic risk build-up.
- All trades go through one clearing member, so there are more opportunities to net margin calls.
- It addresses the political need for regulators to be seen to take action.

Disadvantages
The new requirements will add to costs and detract from returns. There has been a wide range of estimates of the impact of direct costs (execution fees, clearing fees, asset servicing charges and cash spreads) and indirect costs (increased cash holdings/reduced collateral efficiency), some of which are in excess of 1% per annum total impact on pension fund returns. We had hoped that the burden would be lighter for pension funds and insurers, as they are 'safe' compared with other derivatives users such as hedge funds, but it seems that won't be the case.

Second, interest rate swaps will be cleared, but other derivatives such as inflation swaps won't, at least initially. This means it will no longer be possible to net the margin calls between these two types, hence increasing counterparty risk. If collateral received cannot be reused, this also adds liquidity risk.

But the biggest concern is that, for variation margin, clearing houses accept cash only. Pension schemes and insurers generally don't hold much cash because, compared with gilts, returns are lower and it doesn't hedge liabilities.

How much cash might be required? As an example, for a 20-year par swap, the potential requirement peaks at around 15% of notional, as shown in figure 2.

Cash can be raised through repo for one to 12 months at a time, posting gilts as collateral, but the terms cannot be known in advance and, in a stressed market, there's a risk that rolling repos becomes difficult or impossible. What's more, all pension schemes and insurers have interest rate exposure the same way round. Could our banking partners cope with a surge in demand for funding if rates were to rise sharply? A new systemic risk, perhaps...

Failure to post collateral would result in the derivatives being unwound, probably when needed most. So lining up committed repo lines and term funding is essential. Many asset managers are working now to select a clearing member for clients and put funding in place.

Pensions exemption
We expect a temporary exemption for pension schemes and insurers' pensions business. It will last three years, with a possible extension if concerns aren't resolved in that time. However, only 'risk-reducing' derivatives are exempt: equity and credit derivatives may still need to be cleared from 2013. The exemption doesn't apply to the other aspects of EMIR, such as trade reporting and standards for risk management.

Central clearing is now only months away, and much detail is yet to be finalised. The impact on pension schemes and insurers could be significant, and the pensions exemption may be of limited help. If you haven't already started planning for EMIR and central clearing, there's no time like the present.

Dick Rae is managing director, strategic solutions group, at HSBC
Cyprian Njamma is an asset and liability analyst in the institutional advice team at SEI Investments (Europe)
Jeff Neate is senior account manager at Mn Services
They are all members of the Profession's centralised clearing of OTC derivatives working party 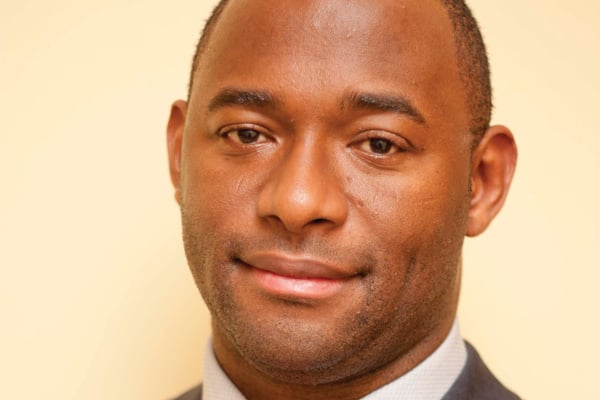 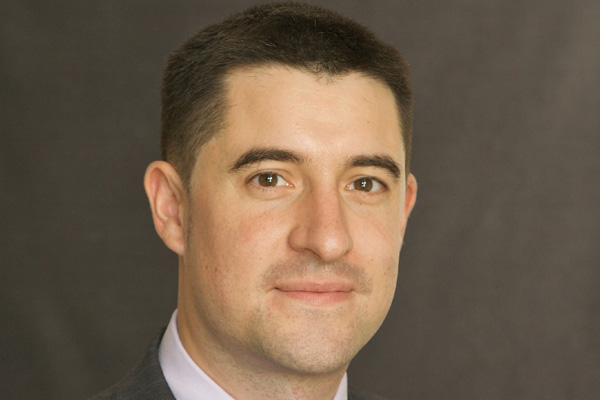