The long-term care (LTC) environment in the UK is very complex and is currently undergoing a period of redevelopment as a result of the Dilnot Commission and subsequent recommendations.

LTC in the main refers to the support provided to the elderly as they lose the ability to look after themselves. It is a combination of medical, nursing, custodial, social and community services designed to help people who have disabilities or chronic care needs, including dementia. Services may be provided in the person's home (ie domiciliary), in the community, in assisted living facilities or in care homes.

The key drivers increasing the demand for LTC are:

- Expansion in the elderly population (age 65+ is projected to more than double by 2083).

- Changes in the willingness/ability of family members to provide informal care.

- Changes in the health and dependency levels of very old people.

- Changes in the expectations of older consumers.

- Projected growth in the dependency ratio of this older and more infirm segment will mean the cost of providing state-funded care will become prohibitive.

Long-term insurance
The LTC insurance market in the UK has been slow to develop, compared with markets like the US and France. This is partly because of an incorrect perception that the state will provide and a lack of clarity as to what the state does provide vs what individuals and families are responsible for.

In the past, there were various forms of LTC insurance, which included pre-funded, immediate needs annuities and investment bonds (such as unit-linked LTC insurance). Currently, only immediate needs annuities (and variations thereof) are sold. Sales of these policies peaked in 2004 at 1,730 and averaged 1,192 in the following six years, according to the Association of British Insurers.

It is interesting to compare the above new business statistics with the potential market, namely self-funders needing residential care. This can be estimated by the following formula:

Using GAD population statistics, inception rates from the US Society of Actuaries' LTC experience studies (elimination period = 0 days and failure of 3/6 activities of daily living) as a proxy for UK inception rates and Laing & Buisson data to determine the proportion of self-funders in nursing homes, estimates for potential market size are derived (see Table 1). It indicates market penetration of less than 1%.

Last year was 'the year of consultations' on UK social-care reform (including the provision and funding of care). The key consultation documents are summarised in Table 2.

All of the above will feed into the white paper on social care reform and the progress report on funding, which are expected in May.

The recommendations from the Dilnot Commission's 'Fairer care funding' report have been actively debated since their publication in July 2011.

The report proposed "a new partnership between the individual and the state - one where individuals need to take reasonable and appropriate responsibility, but the state provides protection for those with the greatest needs".

The key recommendations in the report that are relevant from a financial services perspective are:

- Capping of an individual's lifetime contribution towards social-care costs. Once a cap is reached, individuals then become eligible for full state support. The suggestion for the cap was set between £25,000 and £50,000, with £35,000 considered the most appropriate and fair figure, along with a suggestion that the cap is updated annually on the same basis as the basic state pension.

- An increase in the residential means-tested threshold, above which people become liable for their full care cost, from £23,250 to £100,000. The threshold is intended to continue to act a safety net to help those who cannot help themselves.

- People should contribute a standard amount to cover their general living costs, such as food and accommodation, in residential care. A figure in the range of £7,000 to £10,000 per annum has been suggested as appropriate.

- Invest in an awareness campaign. Currently, lifetime contributions, including care and general living costs, are potentially unlimited. See Figure 1 for an illustration of these costs. Figure 1 also illustrates that one in four will spend very little on formal social care, but one in 10 will spend more than £100,000.

Using the lifetime contribution cap of £35,000 for social care, a £10,000 contribution for general living costs, the increased means test of £100,000 and the increased number of assessments, the commission estimated that its proposals would cost the state approximately £1.7bn, which is less than 2% of NHS funding (approximately £100bn). This figure has prompted speculation that the government might hold back on accepting the recommendations.

Funding issue
However, regardless of what legislative reform follows the Dilnot report, the care funding issue for individuals (especially self-funders) will still be there and potentially significant. For example, assume the individual lifetime contribution towards the social care cap is £35,000 and the individual per annum contribution towards general living costs is £10,000 pa. The local authority is responsible for the assessment and they determine that the cost to place an individual in a care home is £30,000 per annum; therefore, £20,000 is deemed to be social care costs (£30,000-£10,000), which contributes towards the cap.

It is also important to understand the significant role of local authorities post-Dilnot. They will be responsible for carrying out the care assessment, the means test assessment, determining the contribution towards the cap and metering the cap.

In response to the consultations, the key messages coming from the financial services industry are the need for reform and the need for clarity and consistency in the system. This is crucial to enable people to plan and prepare for their care and support needs.

Any new product development needs to be very flexible to support the different needs of consumers. Private insurance could take many forms, such as immediate needs annuities (which are currently available), pre-funded insurance, a link to pensions (for example, disability-linked annuity) and a link to housing wealth using equity release as a funding mechanism. Private insurance could also cover any additional LTC needs above the cap, for example, funding living costs or the additional costs of a more expensive care home.

Conclusions
The need for people to make provision for their care and support needs is going to be a major theme for the financial services industry. The Dilnot report has been a long time coming and it is hoped that the recommendations will stimulate policy-makers to revitalise the market in new directions. In turn, this should build confidence within financial services companies to invest scarce capital. The onus now has switched to the government to shape the reports and proposals into a structure capable of meeting the needs of generations to come. 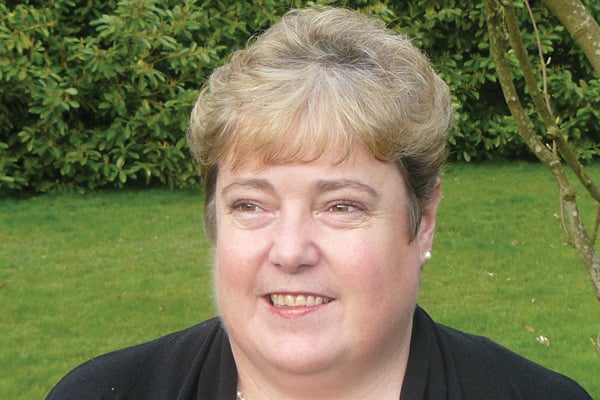 Sue Elliott is head of actuarial development - care solutions at Just Retirement and chairs the Health & Care Practice Executive Committee for the Actuarial Profession.
This article appeared in our May 2012 issue of The Actuary.
Click here to view this issue
Filed in
05
Topics
Health care