Actuaries! In an adventure with climate change scientists!

In the second part of his travel tales of a pensions actuary, Nick Silver finds vodka a useful aperitif to applying actuarial methods to climate change risks in Tajikistan 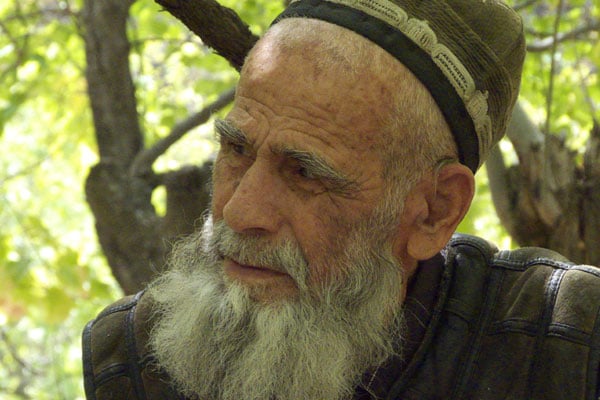 Tajikistan
We were staying in what was, allegedly, the best hotel in Qurghonteppa, but it was probably the worst hotel I'd ever stayed in. When the food arrived at dinner I was, for once, very glad that there was no vegetarian option, so my dinner consisted of just bread and vodka.

My room demonstrated the hotel's impeccable green credentials - through energy saving (only two of the seven light bulbs worked), water conservation (my bed-linen looked like it hadn't been washed since the Soviet era and the tap-water stopped working at 8pm) and recycling taken to extremes (the toilet paper - we won't go into this).

This is where actuarial skills come in really handy. It allowed me to do a quick discounted value calculation of how much vodka I would have to drink before I could face my horrible bedroom.

When I started out as an actuary doing transfer value calculations many years ago, I never dreamed that my profession would take me to rural Tajikistan with a group of leading scientists. The reader may equally well be forgiven for asking what I was doing here.

Firstly the mission: we were part of the World's Bank's Pilot Programme for Climate Resilience (PPCR). The World Bank has raised considerable funds to invest in making countries resilient to climate change. Tajikistan was one of the first beneficiary countries and was something of a test case.

Our job, which was actually led by the Asian Development Bank, was to propose how funds should be invested in respect of climate science, economics and risk management.

Secondly, why an actuary? Climate change is a long-term risk and therefore actuaries are well placed to understand and manage this risk. At the Profession's Resource and Environment Group (REG) we have developed tools and knowledge so that we can exploit our skills in this area. I was delighted to be able to demonstrate their practical application.

Tajikistan is a landlocked country in Central Asia of about 8 million people. It gained independence after the collapse of the Soviet Union only to descend into a particularly nasty civil war in which around 100,000 people were killed. It is now recovering, albeit from a low base; with a GDP of $767 per capita it is the 158th richest country in the world, making it poorer than many African states.

The mission started in the capital, Dushanbe which, with its wide tree-lined boulevards, and decent restaurants and hotels, is a gentle introduction to Tajikistan. In Dushanbe, we were based in the country's meteorological office, which looks exactly like you would imagine Tajikistan's meteorological office to look (except for the toilets - nothing could possibly prepare you for those).

The Soviet era meteorological records were immaculate - the Soviets were good at keeping records, this is what they did. Unfortunately the subsequent records were rather patchy - the lady from the office claimed that her computer had crashed and they had lost all of the more recent data.

We were due to meet a number of high-ranking government officials and scientists, who mostly cancelled us. We did meet a number of NGOs, environment agency staff and development organisations, who gave us warning of the true situation of Tajikistan - but you can only really understand this when you leave Dushanbe.

The rest of the mission was to visit the Pyanj river basin. I was somewhat excited about this prospect. When I was younger I used to read about the Great Game, which was a shadow war fought between the British Raj and the Russians in the mysterious lands between their respective empires. Right in the centre was the mighty and mysterious river Oxus - fed by the Pamir mountains, the "Roof of the World".

The British were desperate to find the source of the Oxus and map it, so they sent numerous spies into this region who performed unimaginable feats of derring-do. And this is exactly where we were going because the Pyanj is the Oxus. Unfortunately our helicopter trip over the Pamirs (including the 7,000m mountains that used to be known as Peak Communism and Peak Lenin) was cancelled as the only functioning helicopter in Tajikistan was in the garage being serviced.

Before our trip we had to get special visas - the Pyanj borders Afghanistan and is hence a prime area for drugs and arms trafficking. The further you travel out of Dushanbe, the more dramatic the terrain - bleak, bare mountains with green valley floors of vast cotton plantations. The roads rapidly deteriorate, only passable by way of 4x4s - our party was transported by a conspicuously large convoy of off-road vehicles to accommodate the translators and accompanying camera crew, driven by Tajik wannabe Michael Schumachers - the only other traffic being the occasional Lada, Chinese lorries and goat-herds.

As we approached the Pyanj basin we descended noticeably, the landscape becoming more parched and the settlements less and less developed. When we finally reached the River Pyanj the non-irrigated landscape was practically desert. Our first stop was to a hydrological station on the river. We had to have special permission to visit as the river forms the border with Afghanistan. We also surreptitiously took our shoes and socks off and had a quick paddle in the legendary Oxus with Afghanistan only a short swim away!

After this we followed the river for an indeterminate length of time along increasingly dusty tracks, through the dramatic river gorge to our final destination of Darvaz - including a four-hour stop in the middle of nowhere while the road was mended. Of particularly interest were the occasional glimpses of life on the Afghan side of the river; the odd village, ancient and seemingly formed from the mountains, connected by precipitous paths where families with goats travelled.

The next day we stopped at a number of Tajik villages which had suffered a series of misfortunes. Some had lost houses and a small power station washed away in floods; some were suffering from drought. The villagers came out en-masse to greet us, and laid on magnificent feasts of fruit, bread and slightly dodgy looking yoghurt/curd cheeses - fortunate as this was the only edible food we had all trip. In some ways these villages are magical places - green oases in harsh barren landscapes where pomegranates and persimmon grow wild.

According to our glaciologist, the floods were caused by small glaciers melting, bringing on surges in water. The rainfall in this area was very low, so droughts are caused when the farmers can't extract enough water from the Pyanj. This is likely in part caused by climate change - the Pyanj is glacier-fed and the surge in waters because of spring melting are occurring earlier in the year and no longer coincide with when the crops need the water. However, the droughts are also caused because the Soviet-era irrigation system has not been maintained. And you also wonder if farmers should really be growing cotton in such a dry area?

The most interesting encounter we had was with an antique farmer, main picture, top, who had managed a collective farm in the Soviet era. In this time, they had subsidised fuel costs, a guaranteed and fixed-price market for the cotton, national crop insurance and, if anything broke, the authorities sent someone round to fix it.

In addition they had free healthcare and education (the farmer's son had gone on to become a doctor). Although far from perfect, his belief that "things were much better in the Soviet Union" seemed highly credible.

Tajikistan used to be part of a large system, highly subsidised by Russia. After they left, everything collapsed. The farmers now have nothing - their oil inputs are expensive and volatile in price, the cotton has to be sold on the fickle international markets (if it can get there - this place is remote). 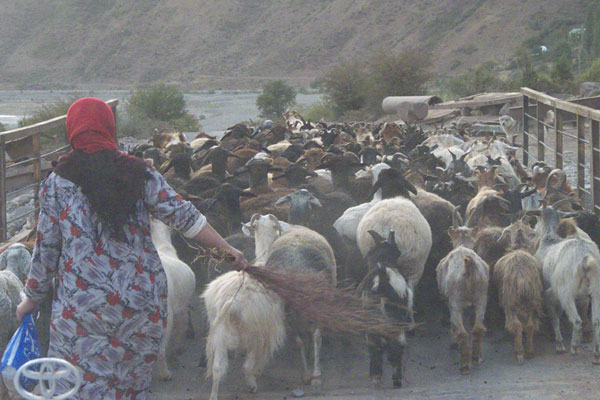 The farmers on collective farms were really just labourers who took orders, so when the collectives were split up these people had no knowledge or experience of actually running a farm. There has been no investment - the country is littered with old rusting equipment. Apparently there is a good trade in collecting the ruins of Soviet equipment and trucking it to neighboring China as scrap.

Also, the cotton economy seems to be a politically-driven Byzantine system which traps the farmers in perpetual poverty. Most males have left the area, mainly for Russia - remittances is Tajikistan's major source of foreign income - leaving especially vulnerable female-led households. On the drive back to Dushanbe you could see that the USSR had built proper roads through difficult terrain - they used to be tarred and the odd road sign remains, signifying that these dirt-tracks were once proper highways.

So the country is already being affected by climate change because of land-slides, floods and droughts. However, it is vulnerable because it has fallen apart since the Soviet era and needs massive investment in infrastructure such as roads, power, irrigation, healthcare and education. If it had these, then it might be resilient, but the challenges required are massive. The underfunded ministry staff do use some forms of cost-benefit analysis, although an actuarial-type risk management framework is currently not in evidence.

Tajikistan does have potential as it is starting from a low base. It is now peaceful, has a relatively well educated population and is a transit route to China. If Afghanistan ever calms down, its Southern neighbour could become a trade partner rather than a source of instability. It does not have many natural resources, but is abundant in water from the mega-glaciers on the Pamirs - even with severe climate change they will take a long time to melt. So on an intellectual level our recommendations of building scientific, risk management and economic capacity seem justifiable, by the time these come to fruition Tajikistan should be a more prosperous, modern country.

However, contemplating the colossal wreck of the USSR that we witnessed, I can not help think of Shelley's traveller reading the words of Ozymandius: "Look on my Works, ye Mighty, and despair!"

You can see the film of Nick’s mission on YouTube

The first part of his travel tales, 'Caribbean consulting' can be found here. 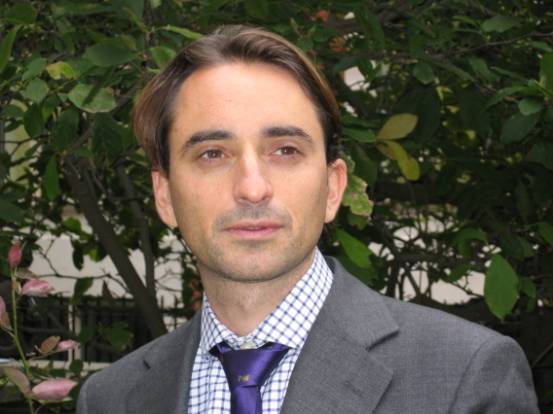 Nick Silver is a director of Callund Consulting, a boutique consultancy specialising in development and pensions reform
This article appeared in our April 2012 issue of The Actuary.
Click here to view this issue
Filed in:
04
Topics:
Environment