Careers: Why become an actuary? 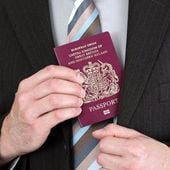 Making a career choice is a life-changing decision. With unemployment levels at their highest levels in 16 years, many people now have different criteria for the career choices that they make. Job security and availability play an increasingly important part, while people are more reluctant to change careers if they have a secure position in a prosperous company.

Working as an actuary has always had much to recommend it and, as someone who has worked in actuarial recruitment for over 20 years, it comes as no surprise to learn that being an actuary is one of the top six career choices for 2012, according to the latest data from PayScale.com.

However, it's fair to say that few people outside the industry actually know what an actuary does - so why has it become such a popular career choice? A generous salary is obviously significant for many and a qualified actuary may be well rewarded - with many experienced actuaries picking up annual salaries which run into six figures.

While this might seem overly generous to those outside the profession, it's actually a just reward for their risk management expertise, which potentially saves insurance firms and other industries such as banking and healthcare companies millions of pounds.

Meeting the requirements
As one of the first women in the UK to qualify as an actuary, now running my own actuarial recruitment firm, I've gained much experience placing individuals into actuarial roles. While times may have changed since my qualification in the early 1970s, the fundamental requirements to be a good actuary have remained largely the same. If any of the below characteristics sound like good descriptions of you, a career as an actuary could be ideal.

1. You're a 'numbers person'
Most jobs involve at least some public-facing duties, whether they are consumers or clients encountered in a business-to-business capacity. However, as an actuary, your role largely involves assessing risks, from population-wide trends to forces of nature. So, while the ability to communicate effectively is useful, the application of logic, strategic thinking, the ability to solve problems and a facility with numbers are essential skills.

2. You want to see the world
A truly global profession, actuarial work transfers well from country to country. Actuarial qualifications are both highly regarded and internationally recognised. Actuarial skills travel well and so it is a career that appeals to those who embrace change and are happy to be mobile. Many of the larger companies have a global presence and need to balance their risks accordingly so if, for example, you like the idea of an office overlooking Sydney Harbour or with a view of the Statue of Liberty or skiing in the Swiss mountains, becoming an actuary could be a wise first step.

3. You love problem-solving
As a profession that relies on a secure grasp of logic and numbers, anyone considering a career as an actuary will need to have a very good head for figures and a firm grasp of mathematics. One of the attractions of the role is that working as an actuary allows people to exercise their own logic circuits in positions of considerable responsibility. If you prove yourself capable of predicting risks and calculating their impact, you will almost certainly be in demand, sought out by prospective employers long into the future.

4. You want job security
As a desirable career with much going for it, the actuarial profession can be competitive to enter. With the right experience and expertise, the prospects of finding a position with high levels of job security are good - an important consideration in today's economic climate. Furthermore, risk forecasting becomes more important than ever during turbulent economic times so, as other industries suffer during recession, you could find yourself in even greater demand.

5. Money matters
For some, job satisfaction is the deciding factor in making a career choice, while others are attracted to a profession primarily for the financial rewards it can offer. Of course, the ideal for most people is being able to combine the two. However, if that mention of a six figure salary caught your attention, then actuarial work is worth exploring. Even at entry level, salaries for actuarial assistants are normally high and, if you are able to demonstrate aptitude and commitment, your track record will speak for itself. While the training requirements mean that becoming an actuary is not without its obstacles, the rewards can be considerable.

Be aware of the downsides
However, as with pretty much any profession, there are downsides and it's important to be aware of all the pros and cons before committing to training. Most actuaries embrace the risk management aspects of the job and find it thoroughly rewarding but it is not a position to enter into lightly as you will need to do the necessary preparatory work, including gaining the mandatory qualifications.

The application process itself will be competitive, just as it is in any other career, but this is balanced by the good job security you will usually encounter. If you have the necessary skills to become an actuary (including forward-planning and an awareness of risks) you should be able to steer through these initial challenges without too much difficulty. From there, it's a matter of building your experience and reputation to become a respected senior figure within the profession.

I have seen first-hand the rewards that the profession can offer in terms of challenge and stimulation, job satisfaction, flexibility, security and salary. There's no doubt that if you have the natural aptitude and desire, it makes a great career choice offering a multitude of opportunity. 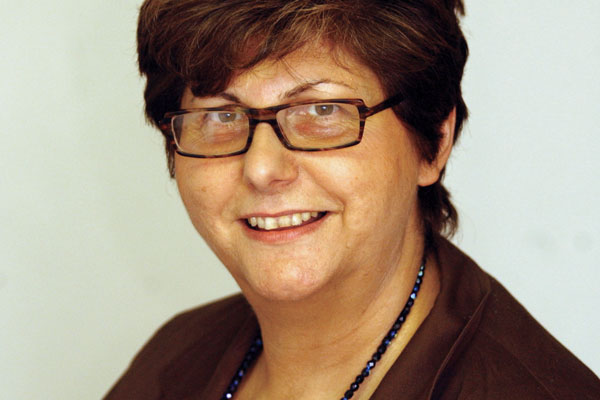 Dr Geraldine Kaye is managing director of Gaaps Actuarial
This article appeared in our April 2012 issue of The Actuary.
Click here to view this issue
Filed in:
04
Topics:
Careers