Pensions: What has governance got to do with actuaries?

Pensions actuaries would do well to look beyond their own industry sector to discover more about the principles of good governance, writes Hamish Wilson

When it comes to safeguarding members' pension rights, there can be few issues of greater importance than governance. Getting governance right is akin to putting in place the foundations of a building, and we all know what can happen if foundations are not fit for purpose.

Recently, I came across an article published by the United Nations Economic and Social Commission for Asia and the Pacific (UNESCAP) when browsing the internet looking for different ways that institutions approach governance.

How does UNESCAP's concept of governance apply to a pension scheme? Clearly, the UN is more concerned with political and economic governance but, nevertheless, there are some fundamental principles that stakeholders should consider when running pension schemes. UNESCAP defines governance as the process of making and implementing decisions. Implementation here is taken in its widest possible sense - for example, to include non-implementation.

In a pension scheme, it is the trustees who make decisions. The employer has a role, but this has become increasingly marginalised, especially when it comes to governance. The actuary has less of a decision-making role nowadays and is more of an adviser, which was possibly always the true position.

As the principal adviser, the actuary's goal is to ensure that trustees make informed decisions. This covers issues extending well beyond funding, especially for smaller schemes, where the actuary may be the only regular independent adviser the trustees meet. If the actuary does not take this broad role, who will?

So, what does UNESCAP look for in 'good governance'?

Consensus-orientated.
Good governance requires mediation of differing interests.Trustees are dealing with the employer, members and even with other trustee boards - for instance, where an employer has more than one scheme and the trustees compete for the same limited resources. If the same people are employer-appointed trustees (and they form the majority), how will the obvious conflict be managed - and be seen as being managed?

UNESCAP also wants the views of minorities and vulnerable parties to be taken into account. Despite the considerable legislative protection that members now enjoy, beneficiaries still remain susceptible to the financial strength of the scheme and the sponsor's continuing financial commitment.

Accountable.
A governing body must be accountable for its actions. UNESCAP places an important focus on who is making decisions. It is concerned about corruption and the influence of local Mafia groups.

In UK pensions, the latter is hardly an issue. However, sponsors may have too much influence. There is an implicit assumption in pension regulation that sponsors will take decisions in favour of shareholders, which may be contrary to the needs of scheme members.

How will decision-making structures stand up to a downturn in the sponsor's fortunes?

Participatory, equitable and inclusive.
Here, UNESCAP has in mind a degree of democracy. The UK pensions world has an established body of law and practice for member-nominated trustees and part of their role is to demonstrate to members the participatory nature of the scheme governance.

Transparent.
Information needs to be freely accessible. Scheme members have access
to all of the documentation governing the scheme and the calculation and funding of their benefits.

Transparency should extend into the nature and the running of the trustee board, its decision-making process and its relationship with other stakeholders.

Responsive, timely and law-abiding.
This should go without saying.

Effective and efficient.
UNESCAP wants the best use made of available resources. Within UK pensions, the principal threat to efficiency, especially for smaller schemes, is red tape. A sensible balance needs to be struck so that regulatory requirements are met in the most efficient way, given the size and nature of the scheme and its sponsor(s).

In conclusion, much good governance is concerned with assuring those who are being governed that they are in safe hands.

The actuary has an important role in helping the trustees meet high standards of good governance. We are not appointed solely for funding; we have a wider role to play and our understanding of what makes pension schemes work gives us a unique insight into what is good governance - and what is not. 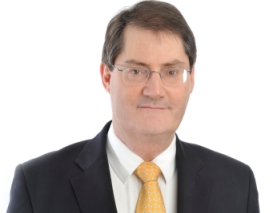 This article appeared in our March 2012 issue of The Actuary.
Click here to view this issue
Filed in
03
Topics
Regulation Standards