At a business dinner in Germany, Warren Buffet was asked about the China story and when it was going to run out of steam. Industrialisation occurred previously in Europe, USA and Japan. Now it was happening in China but on a scale that was unprecedented in human history.

Over the last decade, China more than quadrupled its economy in size and added to its annual outputs as measured by GDP. Surely, China cannot continue at this rate of growth for much longer?

Placed in a historical context, China had about one third of the world GDP in 1840. After that, however, a lot went wrong. Over 100 years of turbulent changes ensued, foreign invasion with controversial treaties, recurrent civil wars, repeated unrest, continual political issues, society-wide narcotic abuse, and famine.

Amid the turmoil and shock came the 1911 revolution which ended the 2000-year imperial system. China's share of the world's GDP then reached a low of 2%. It remained low for much of the last century. Three decades ago, the Chinese government started to open its door and reform programme and recognised officially that a market economy could be useful to the nation.

Since it joined the World Trade Organization (WTO) in 2001, China has grown its economy, accumulating a $3.2 trillion foreign exchange reserve and overtaking France, Britain, Germany and Japan in the same decade to become the world's second largest economy. Its share of the world GDP has increased to 9% and its contribution to world economic growth is even bigger.

However, its per capita GDP remains very low relative to western developed economies. Therefore high economic growth is required to close the gap. China's growth rate for 2010 was 10.4%. The initial growth figure released for 2011 was 9.2%.

China's 12th five-year plan (2011-2015) has set three strategic priorities: sustainable growth, upgrading industry and promoting domestic consumption with an overall growth target of 8-9% per annum, down on the achievements of previous years. While Goldman Sachs is forecasting that China's economy will overtake the USA by 2020, China has much more work to do to restore its former position in the global economy.

Insurance and actuaries
What does this have to do with actuaries, and Chinese actuaries in particular? China's first insurance law was enacted in 1995. Among other things, it requires life insurers to employ certified actuaries and to establish an actuarial reporting system. This was later amended to extend the requirements to non-life insurers, with an effective date of 2003.

The Chinese Insurance Regulatory Commission (CIRC) has the dual objectives of growing the insurance industry and regulating the industry in terms of both solvency and market conduct. Over the decade from 2001 to 2010, the Chinese insurance market (non-life and life) was the second fastest-growing national market in the world (behind Malta), growing at more than twice the rate of GDP growth.

China's insurance business re-emerged in 1982 after more than 30 years of communist banishment. From a standing start in 1982, the life and non-life premiums written in 2010 have grown to 1,450 billion renminbi (£146bn). The number of insurers has also increased from one in the early 1980s to more than 120 now. In the five-year plan, CIRC has set a target, by 2015, of national insurance premium to reach 3,000 billion renminbi (or £302bn) and of insurance penetration of 5%. To achieve this, the total industry premium must grow at 15.6% per year, which is much lower than the 24% per annum achieved during the preceding five years from 2006 to 2010.

CIRC has a track record of exceeding its five-year plans. In addition to the premium and penetration targets, CIRC is alo targeting alignment with international insurance regulations and has highlighted the importance of international growth for domestic insurers to diversify the nature of their risks. The challenges to Chinese insurers are huge and are amplified by the scale of the market and the speed of its development. Access to expertise and experience accumulated and tested in the developed market can prove invaluable.

During the last two decades, many Japanese life insurers were forced into insolvency as they faced the mismatch of high guaranteed payouts to policyholders and decades of poor investment returns. Many were restructured through merger or bought by either American or European insurers. For example, AIG bought Chiyoda Life, Prudential (US) bought Yamato Life and Kyoei Life after they were declared insolvent.

Will Chinese insurers learn the lessons from their Japanese counterparts?

Chinese insurers are fortunate that the low interest rate environment came at the beginning phase of their development, much earlier relative to Japanese insurers.

Outlook for actuaries
In 2001, the year China entered the WTO, there was only one qualified actuary with the UK actuarial profession from mainland China. Over the last decades, that number has grown markedly.

Actuarial skills and commercial acumen can help sound risk management and minimise the threats of both known and emerging risks through identification, measurement, monitoring, mitigation and control.

In 1999, the Chinese government launched its 'go out' strategy to encourage established enterprises to invest overseas. Companies in the energy, mining and technology sectors were the first to invest overseas and enjoyed mixed successes. The US appeared to welcome cheap Chinese money to fund their government expenditures but not acquisition of assets in oil and technology sectors by Chinese companies.

* Ping An Life, the second largest life insurer in China, is now the largest shareholder of Fortis through its policyholder funds and has a board seat at Fortis.

* China Re set up a Lloyd's syndicate with Catlin in November 2011.

* According to the Financial Times, Lou Jiwei, the chairman of the China Investment Corporation (CIC), which has $410bn of funds to invest, announced recently that CIC wanted to participate in Osborne's growth plan of renewing/building Britain's infrastructure.

All these activities provide useful diversification from US government bonds in terms of both currency and protection against inflation. Ping An has expressed little interest in taking control of Fortis but rather to seek a partnership to acquire expertise in integrated banking, insurance and asset management. Securing energy supply and resources, accessing expertise and experience and diversifying asset holdings are likely to be a feature of China's outward investment for the next decade.

This is only the beginning. China has a promising future and offers outstanding prospects for actuaries with appropriate language skills who understand multiple cultures. Certainly China offers increasing opportunities and challenges for actuaries working in China as well as those doing business with Chinese companies.

Dr Yan Liu is the head of actuarial Solvency II reserving at RBS Insurance and can be contacted on [email protected]. The views expressed in this article are his own and not those of his employer.

International contributors wanted
Are you equally passionate about your country or a country you have visited? The Actuary's editorial team is keen to receive contributed articles on actuarial-themed international topics. Please submit a brief synopsis in the first instance to Sarah Bennett at [email protected]. 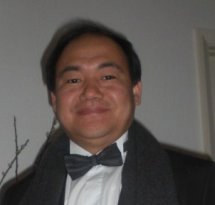