Arts: Portrait of the artist 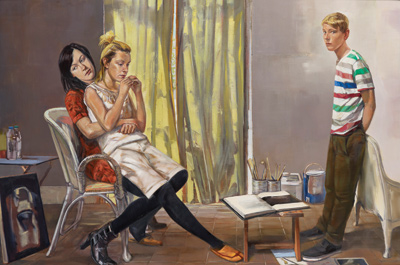 Art. A word, the definition of which could be the subject of an entirely different article. I put this to one side, however, to view a series of portraits, as part of the BP Portrait Award 2013 at the National Portrait Gallery.

As I entered the gallery, I was surprised to see one of my actuarial colleagues. "What brings you here?" I asked. "The rain," came the response.

There are many interactive and engaging experiences available in London this summer, so, in this ever-developing world of social media, I was concerned that an exhibition of more traditional art may have fallen by the wayside for some.

However, the annual BP Portrait Award is one of the most popular art exhibitions and attracted more than a quarter of million visitors last year. Located at the National Portrait Gallery in Trafalgar Square, it's perfectly placed for a visit before going shopping. The Award is in its 34th year and reflects the best in new and innovative portraiture.

A bonus of visiting this exhibition is that you get to see the first official portrait of Kate Middleton by artist Paul Emsley, which has received mixed reviews. I thought it wasn't as poor as some corners of the press had indicated - it was certainly striking. However, I was more impressed by the portrait of Dame Kelly Holmes, the size and detail of which made it stand out in the room - surprising when the room was also occupied by the Duchess of Cambridge.

The exhibition is housed in a relatively small room for 55 portraits, with the gift shop in close proximity. Unsurprisingly, for the first Saturday afternoon of the exhibition, the venue was busy, but not uncomfortably so. I stopped in particular to see the two main prize winners. 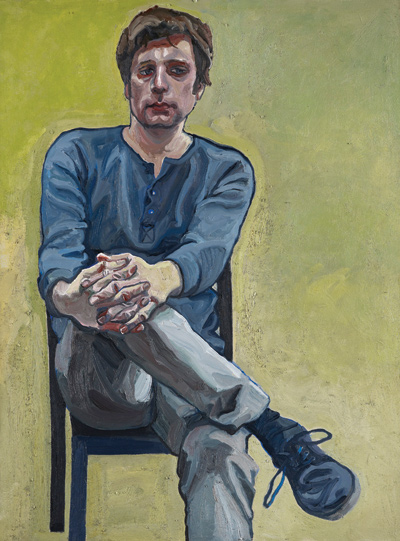 The BP Award has a £30,000 first prize with a £5,000 commission - at the National Portrait Gallery Trustees' discretion - and a £10,000 second prize, as well as a travel award to allow artists to experience working in a different environment on a project related to portraiture.

This year, the first prize was won by Susanne du Toit for Pieter, a striking portrait of her eldest son. The picture, set against a yellow-green background, has Pieter sitting on a chair with one leg crossed. It is a bold setting, but one surprisingly lacking in emotional resonance.

The £10,000 runner-up prize was won by John Devane's The Uncertain Time, a group portrait of his children Lucy, Laura and Louis. This picture took centre stage and was similarly striking, but again I felt lacked sufficient emotional connection to be groundbreaking. I could not fault the artists for their technique and quality however. There were many pieces which showed exceptional skill.

Also on display were the 2012 winners' portraits and a 'next generation' award. The most popular pictures were those which could have been mistaken for photographs, and there were plenty of comments to that effect.

Personally, I prefer paintings that elicit an emotional response, but also have a good story attached to them. Unfortunately I found the exhibition lacking in that respect, but there were quite a few interesting pieces, in particular Greg Kapka's Heterochrome - a picture of his friend, magnifying glass in hand amplifying his more light-coloured eye - and Jamie Routley's Inner Dialogue, a self-portrait.

A nice touch was the visitors' choice award, where a prize is on offer for the highest number of votes - usually a clear indication that public preference differs greatly to the judges' views. After voting for Kapka's work, I patted myself on the back for an informed and independent decision. However, I was taken aback to see the picture I had chosen was on the front of the programme in the gift shop. I began to wonder about the sophistication of my artistic sense, but reassured myself this was the picture I liked best.

So, is it worth a visit? One thing to mention is that it took less than an hour to see all the pictures, as they are all displayed in one room. The exhibition is also free, which is a huge positive, and it will undoubtedly attract big crowds.

There were certainly a great many talented artists on show, and it was exciting to see their different methods of portraiture. The lack of emotional connection could perhaps be attributed to a lack of storyline to some of the artworks. Despite this, as my colleague and I discovered, it is a good way to spend a rainy afternoon.