Arts: The God P-Article a collision where science meets art 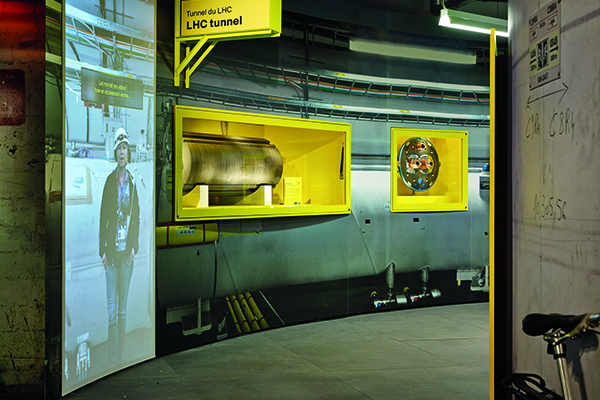 Every month, London's Science Museum hosts an event called 'Lates'. These are adult-only evenings featuring themed science experiments, talks, speed-dating for self-confessed geeks, and a silent disco beneath real space rockets, with DJs and bars on every floor. The exhibitions, which change every few months, sometimes take centre stage on these occasions. On one such evening, we visited the temporary exhibition on particle physics.

Collider: step inside the world's greatest experiment is a highly informative and entertaining exhibition, which examined the significance of, and the detail behind, the biggest experiment in the history of physics: the Large Hadron Collider (LHC). It sheds light on the importance of the discovery of the most superior and elusive sub-atomic particle, unsurprisingly nicknamed the 'God Particle', at the European Organization for Nuclear Research (CERN) in Geneva, Switzerland. Visitors to the exhibition had the privilege of witnessing the particle accelerator virtually as it would have been at CERN prior to the LHC closing for its regeneration project. We were able to marvel at the sheer scale and complexity of the world's largest and most powerful particle collision mechanism (which took CERN a decade to build) in its quest to locate such a minuscule particle, which ironically would hold the fabric of the universe together.

Collider is an exhibition that effortlessly blends the worlds of science and art, filled with esoteric particle physics, beautifully presented using a whole host of various multi-dimensional innovative media, and a carefully selected variety of real artefacts. The journey began with an invitation to take our seats in a mock lecture theatre showing a film written by playwright Michael Wynne. Professor Brian Cox had a cameo role as a new recruit tasked with the tea round. The focus was on the announcement of the empirical evidence of a particle consistent with the God Particle - scientifically referenced as the Higgs boson and named after Professor Peter Higgs who had predicted its existence.

From the recreated virtual lecture theatre, the spectators accessed a mock tunnel mimicking the labyrinth of the LHC. Within this space, there was a recreation of corridors and offices, with items such as noticeboards with newspaper cuttings, whiteboards with formulae, lab coats, and the Champagne bottle drunk from by Higgs the night before the discovery of his particle was announced. Things have come a long way from the cathode ray tube on display used for the discovery of the first elementary particle (the electron) by J J Thomson in 1897.

It was pleasing to see that, amid the concreteness of science, this exhibition cared to show the human dimensions of this vast project.

Among the tunnels was a circular room with a curved screen. A film was showing in which members of the audience got to imagine themselves as proton protagonists. A sequential narration ran through the simulation of firing two proton beams, accelerating them to 99.9999991% of the speed of light (nearly 300,000km per second) and finally leading to their collision with each other. To put this into perspective, by the time you read this sentence, a particle in the LHC could have travelled around the world 30 times.

It was the 'unblinding' - the poring over the data of the aftermath of such collisions - which led CERN scientists to conclude on the existence of the Higgs boson in July 2012. The Higgs boson is so unstable that even when it is created it exists for only a fraction of a nanosecond before decaying. Recreating these early moments around the time of the Big Bang can perhaps loosely be compared with statistical regression and back-testing in the actuarial space. What we found interesting is there are two detectors: A Toroidal LHC Apparatus (ATLAS) and Compact Muon Solenoid (CMS), which separately collect and analyse the data to come up with independent conclusions. This introduces healthy competition to incentivise the teams into making accurate and timely discoveries and remove the potential for biased outcomes, perhaps comparable with an independent actuarial review.

Scientists arranged all known elementary particles into a well-structured picture called the Standard Model of Particle Physics (see below).

It breaks down the universe in an orderly fashion into 17 different particles that are considered fundamental and indivisible. The theory describes these smallest experimentally observed particles of matter and the interactions between the energy and matter. Of these 17, 12 matter (particles of matter called fermions, half of which are named quarks and the other half are leptons). The lepton family includes the widely-known electron, as well as some very strange particles which came from outer space in the form of cosmic rays and appear just like the electron but with 207 times the mass. Dubbed the muon, it prompted one physicist to ask: "Who ordered that?"

The remaining five of the 17 particles are bosons, four of which are force carrier particles, and last, but by no means least, is indeed the intangible Higgs boson, which would be the reason for the origin of mass in all the other 16 elementary particles. According to the Higgs model, elementary particles acquire mass by interacting with an invisible, omnipresent field carried by the Higgs boson. The more a particle interacts with this all-pervading Higgs field, the more mass it will have. Proving its existence will be the cornerstone to validating the Standard Model.

As we pottered around inside this huge experiment we felt we could have quite easily been beneath the Alps. Thanks to all the incredible work that went into the exhibition, it was successful at transferring the knowledge across almost effortlessly, and we have tried our best to condense here a flavour of the science behind the complex theories.

Physicists would, of course, argue that their simulation model is far more complicated than any actuarial model that we may modestly try to build but is it really? If this is the case, then bearing this is mind, it is quite an accomplishment that we walked out of the Science Museum that night feeling like budding quantum physicists. How difficult can it all be? After all, it isn't rocket science!

Quarky humour aside, Collider proved to be a smashing exhibition, although just like the Higgs boson particle, it was short-lived and only temporary. It is no longer on show at London's Science Museum having transferred over to Manchester's Museum of Science and Industry (MOSI) until 28 September. DisCERNing actuaries unable to get the chance to visit would be highly recommended to pay a visit to the bonafide CERN facility in Geneva as soon as the upgraded collider mechanism reopens in 2015 following an expensive facelift.

Back at London's Science Museum, another current exhibition worth a visit is Mind Maps: Stories from Psychology (running until 26 October), which explores how mental health conditions have been diagnosed and treated over the past 250 years. It reveals the journey through time into understanding the mind, and the encompassing tools and treatment methods used.

Anjali Sakhrani is a valuation actuary at ACE Group. Sonal Shah is a freelance actuary specialising in Solvency II documentation 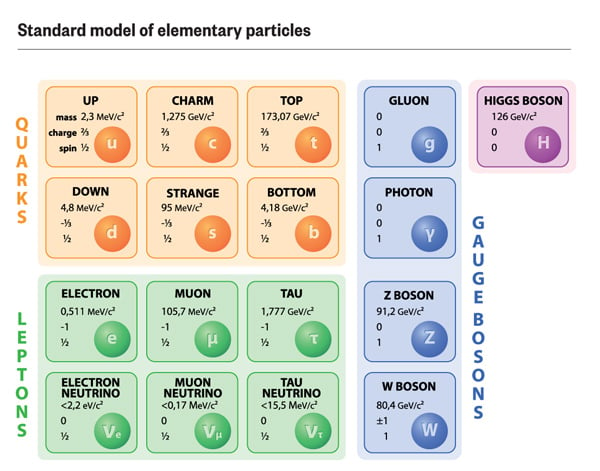