Climate change in the media: reporting risk and uncertainty by James Painter

Climate change in the media: reporting risk and uncertainty by James Painter 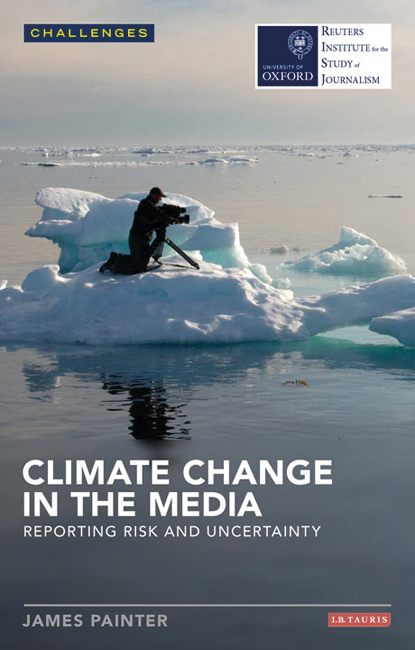 "Painter argues that people are familiar with ideas of risk from their everyday life - for instance, in relation to insurance"

As actuaries, we are used to communicating risk and uncertainty. But do other people understand these concepts in the same way? And if not, what lessons can we learn?

Another field where communicating risk and uncertainty is important is climate science. It is increasingly common for scientists and politicians to describe the challenges of climate change in terms of managing risk in the context of uncertainty. Some experts have suggested the language of risk might be effective in engaging people on the subject as it provides a way of explaining why tackling climate change is desirable despite its inherent uncertainties. This was the motivation behind a recent study by the Reuters Institute for the Study of Journalism at the University of Oxford, presented in this book.

The centre-piece of this is an analysis of approximately 350 articles, taken from three newspapers in six countries (Australia, France, India, Norway, the UK, and the US), which investigates the extent and ways in which journalists use the language of risk and uncertainty when reporting on climate science. This analysis will primarily interest those who aim to engage the public on climate change. But the book will also interest actuaries, particularly its early chapters which present background material on the communication of risk and uncertainty.

Painter uses 'uncertainty' where there are gaps in knowledge and 'risk' when the likelihood of something happening can be quantified as a probability. Journalists indicate uncertainty using language like 'may', 'suggest', 'likely' and 'difficult to predict', or indicating a range of possible outcomes. They indicate risk using numerical probabilities or odds, and metaphors such as betting or insurance.

Increasingly, journalists are generalists who report on a wide range of topics, and few have a background in maths or science. Many are not comfortable with numbers and probabilities, and there is a widespread belief that it is best not to use many numbers when communicating with the general public. However, technological developments and online coverage provide opportunities to experiment with info-graphics and alternative formats.

The book recommends, perhaps surprisingly, that journalists quote probabilities and numerical confidence levels more often, as qualitative expressions of uncertainty are subject to a wide range of interpretations. For example, the 2007 reports of the Intergovernmental Panel on Climate Change (IPCC) use 'likely' to mean 'at least 90% likelihood', but previous research found that people typically interpret it as 65%-75% likely. Journalists tend to report the IPCC's conclusions using its qualitative language and not the numerical definitions, which may be one reason why the public tend to underestimate the extent of scientific consensus on climate change.

Painter argues that people are familiar with ideas of risk from their everyday life - for instance, in relation to insurance, health and investment - so risk concepts can aid understanding. In contrast, the language of uncertainty can be a barrier to understanding - people often equate uncertainty with ignorance, causing them to stop listening if an expert indicates they are not sure what the outcome will be.

The analysis of media articles investigated four framings of climate science: risk, uncertainty, disaster and opportunity. Disaster and uncertainty were present much more often than risk and opportunity, and disaster was the dominant tone much more frequently than uncertainty. In part, this may be because journalists and headline writers are attracted to the drama of disaster. But the research found that journalists often take their cue from press releases and interviewees, so choice of language is important when talking to the media. Climate scientists tend to emphasise areas of uncertainty because that is the focus of their research, yet journalists need to be reminded upfront of the areas where the science is largely settled.

This short book provides an accessible introduction to climate change journalism. It summarises coverage in the six countries studied, revealing noteworthy variations arising from political, economic and cultural differences. Its insights into media reporting of risk and uncertainty may be useful to some actuaries. More useful would be insights into how this reporting is understood by its readers, but that is left as a subject for further research.